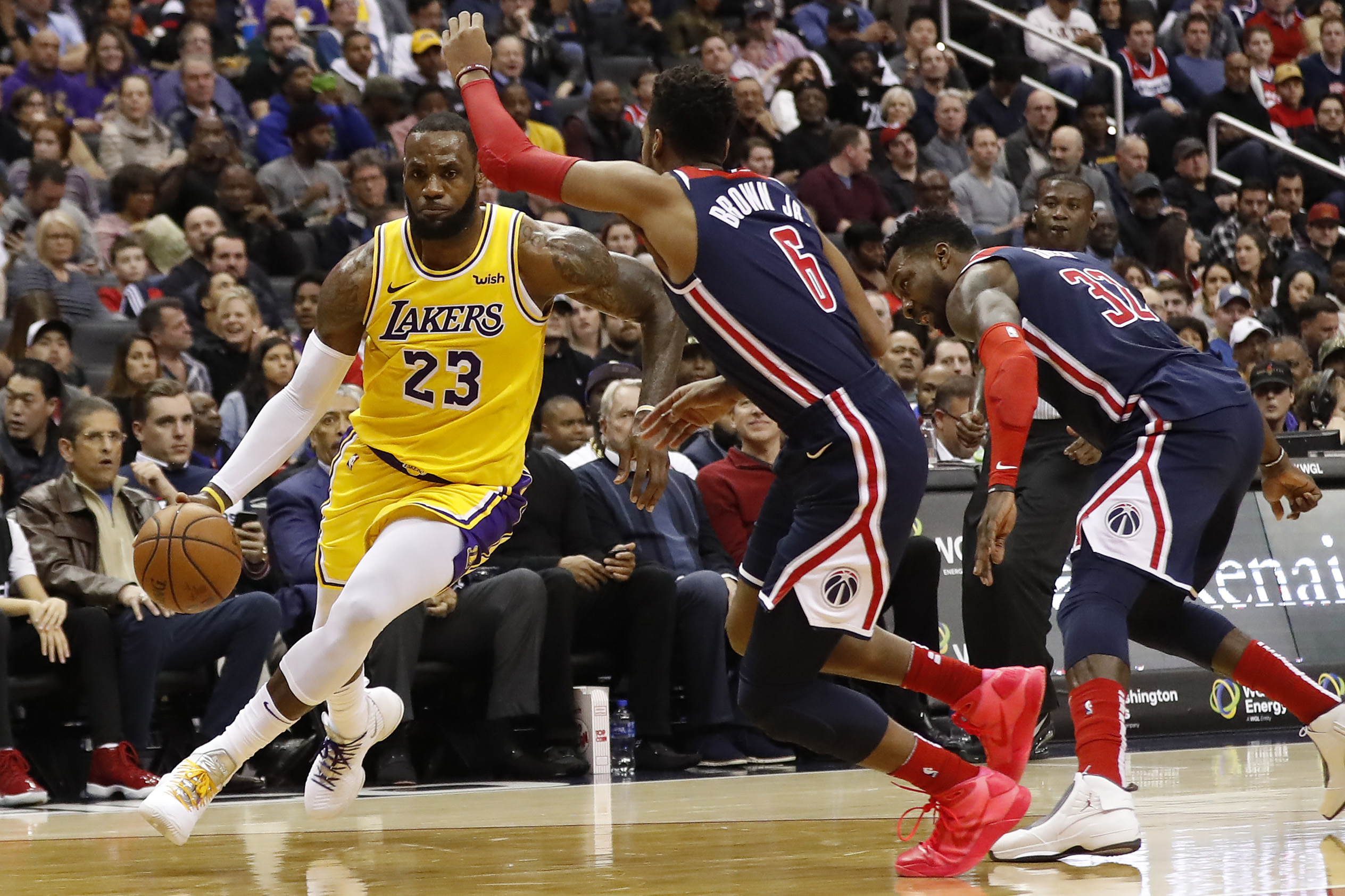 When the Washington Wizards selected Troy Brown Jr. with the No. 15 pick in the 2018 NBA draft, there was obviously a chance that he would not get too much playing time because of the likes of Tomas Satoransky, Austin Rivers, and Kelly Oubre Jr. ahead of him on the depth chart. More than midway through the season that is not the case anymore because Satoransky will be starting the rest of the season with John Wall undergoing season-ending heel surgery, while Rivers and Oubre were shipped out.

Brown, 19, has played just 159 minutes in the NBA so far this season and spent more time on the court in the G League with the Capital City Go-Go. In eight games with the minor league squad, Brown has averaged 16.5 points on 47.7 percent shooting, 6.3 rebounds, and 4 assists in 34.4 minutes per game.

Before Washington hosted the Toronto Raptors, I asked Scott Brooks if there was a specific skill he needed to see Brown improve before the rookie could receive consistent playing time. He mostly gave a non-answer that the 19-year old simply needs to keep improving all parts of the game, but also made it seem like it is still a matter of too many players in front of him on the depth chart. “A lot of times, it’s guys in front of him, you can only play so many guys,” Brooks explained.

“He just has to keep getting better,” the head coach vaguely detailed. “He’s not getting a lot of minutes, it’s just the way it is. A lot of good players are playing well at his position. Brad, Tomas, Otto, Jeff, and Chase at point guard. There’s not a lot of minutes right now, but when he’s out there, he has to be ready. The Go-Go is right here and he’s playing games and practicing with them. We don’t practice as many days as we would like or minutes we would like from as many games as we’ve had. He’s developing. He’s just going to have to be patient, keep working on his game with our coaches, work with our coaches, watch film and that’s how you improve a lot as a young player.”

With Otto Porter currently coming off the bench there are no minutes available at small forward behind him and Trevor Ariza. Bradley Beal is forced to play so much that there are barely any minutes at backup shooting guard. Satoransky may take up the bulk of minutes at the point, but there is an opportunity available that has typically been given to Chasson Randle. However, in the second half of Sunday’s game, Brown was given some run with the ball in his hands.

“It went good for me, it’s not nothing that I’m new too. In general, I’m used to playing point guard and running the offense,” the rookie explained about playing point guard for the first time in meaningful NBA minutes. “Going out there and having the ball in my hands, being able to make plays. Being able to get Brad shots. Brad came off one and I got an assist to him for that. Just initiating the offense, it was cool.”

In 10 minutes of work in the second half, Brown finished with seven points on 3-of-3 shooting including a three-pointer and an assist. This does not come as too much of a surprise given the Brown played on the ball often in high school and his lone season at Oregon. He also expressed his comfort level with playing point guard after his June 11th pre-draft workout with Washington.

“I feel comfortable with the ball in my hands,” Brown responded when asked whether he likes to play on or off ball. “Just being a big guard, I feel like I make the ball move a lot, making plays for others, being a big guard I can see over a lot of people and create spacing.”

As is often the case, Brown had little idea that he was about to get meaningful minutes after sitting the entire first half, but he just tried to stick to the basics of being a calm and collected glue guy.

“Coming in and trying to do the little things that I see [from the first half] that we haven’t been doing. Always just bringing energy,” Brown said about his thought process entering the game. “It’s all about just staying level headed on the floor. First one goes in, you know you feel a lot better about yourself. At that point, it’s just playing basketball. Of course there is a little bit of jitters and stuff like that because I’m young and I don’t really know when I’m going to go in. I’m all about going in and knowing that I’m prepared for it.”

Brooks seemed to like what he saw out of his rookie, but also saw room for improvement. At the very least, the coach is certainly happy that Brown is trending in the right direction.

“I thought he had some good moments and he had some moment that we’ll continue to look at and show him and teach him. That’s what it’s about when you’re a young player. You got to learn every time you get minutes and you got to learn every time you watch guys in front of you get minutes. It’s how you get better day to day and that’s one thing he has been doing.”

When Porter returns to the starting lineup, something I think needs to happen sooner rather than later, there will also be minutes available to backup Ariza at the 3, which could open up a more consistent role for Brown. Key word being could because Brooks could opt to simply shorten his rotation by moving Jeff Green predominantly to backup center, as was successful against the Raptors, and squeeze Ian Mahinmi out. Only time will tell, but Brown has shown his versatility at different positions in limited playing time this season.