Your Morning Dump... Where Kyrie Irving says HE needs to be a better leader 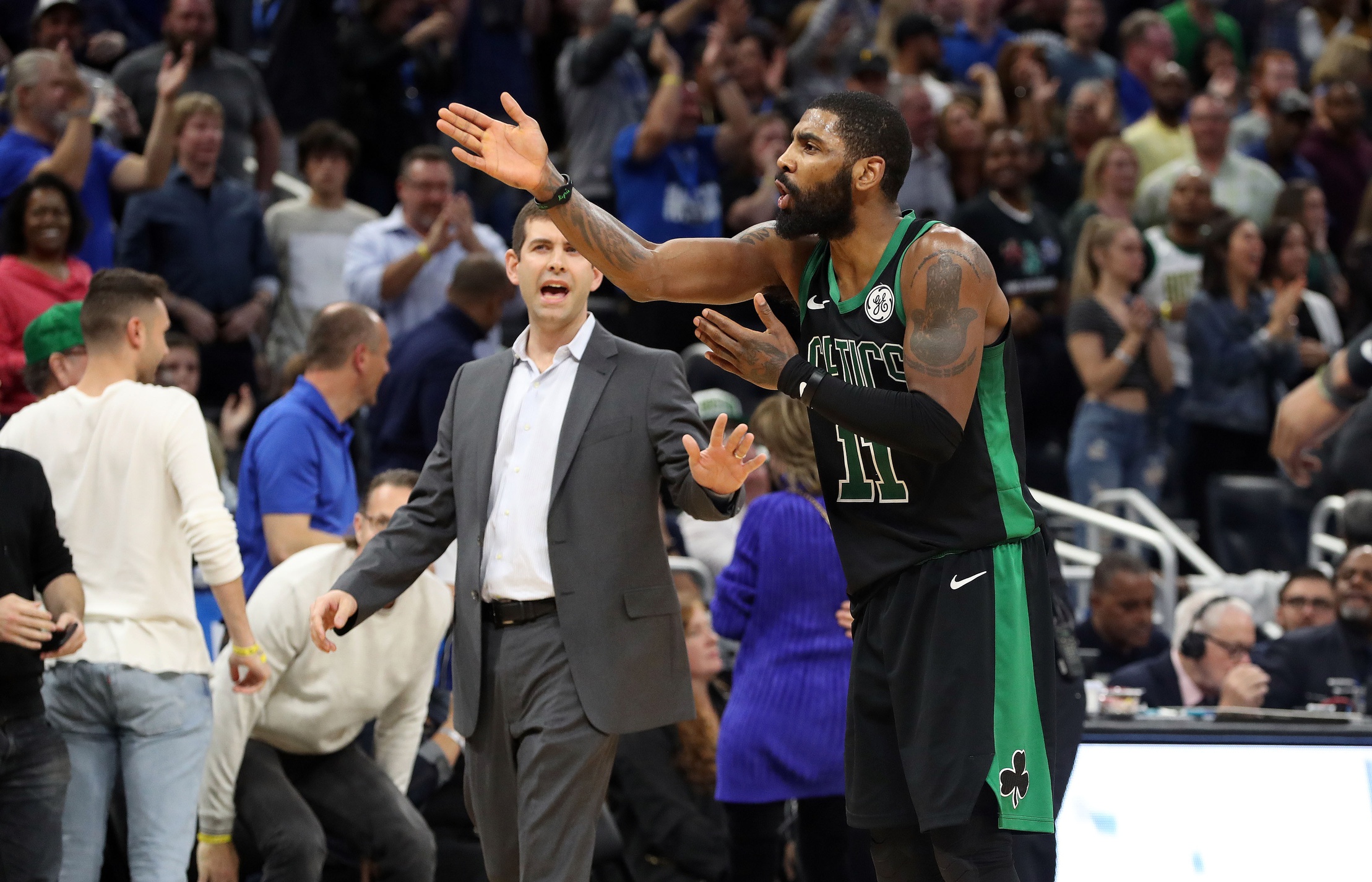 Your Morning Dump... Where Kyrie Irving says HE needs to be a better leader

“Experience,” he answered when he was asked what this team was missing. “It’s the best thing I can say is experience. We’re lacking it, and because of that we have a lot of learning to do. So we have a lot of ground to make up in that aspect.”

“I was on the oldest team in the league. Guys were on, I don’t want to say their last legs, but it’s all or nothing. Their window was closing, so they knew it,” he said. “Their joy in what they were doing was coming from a place of ‘this is my last thing that I’m doing before my career is over. I’m trying to win a championship.’ Every single day was built towards that. Here, these guys are coming into a window where it’s very big, they have 14 years, 13 years, however many years you wanna say, and you know the emphasis on every day doing it, it doesn’t become important to some young guys until they get later in their career.”

Make no mistake about it, Kyrie Irving is putting Jaylen Brown, Terry Rozier and Jayson Tatum on blast.

Couple these quotes, along with his less than desirable response to Gordon Hayward’s decision to pass to Tatum in the final seconds of the Magic loss…

Kyrie Irving was visibly upset with Gordon Hayward following a bad loss to the Magic. pic.twitter.com/crR3XADR3v

… and it’s obvious Irving’s frustration is boiling.  But here’s the beauty about Kyrie, he’s also taking the blame:

“I’ve got to be better as the leader of the team as doing so and making sure these guys have more experience in certain situations like that, being more communicative. So I put it on me of just being better.”

While Kyrie works on his leadership, he’s also dealing with a minor injury:

#NEBHInjuryReport for tomorrow vs. Brooklyn:

On Page 2, we dig up some old KG analogies about chemistry.

Everyone is frustrated. A lot of people are pissed. After winning 7 of 9, the Celtics stumbled with bad losses to Miami and Orlando. They just can’t turn the goddam corner.

But before you jettison Terry Rozier or Jaylen Brown, I urge you to let the cake bake just a bit longer. At least until the trade deadline.

Globe: Ainge doesn’t feel he has to make a trade

Herald: Celtics record doesn’t speak as well for they as they’d like