Eagles and fans look ahead to "NEXT!"... 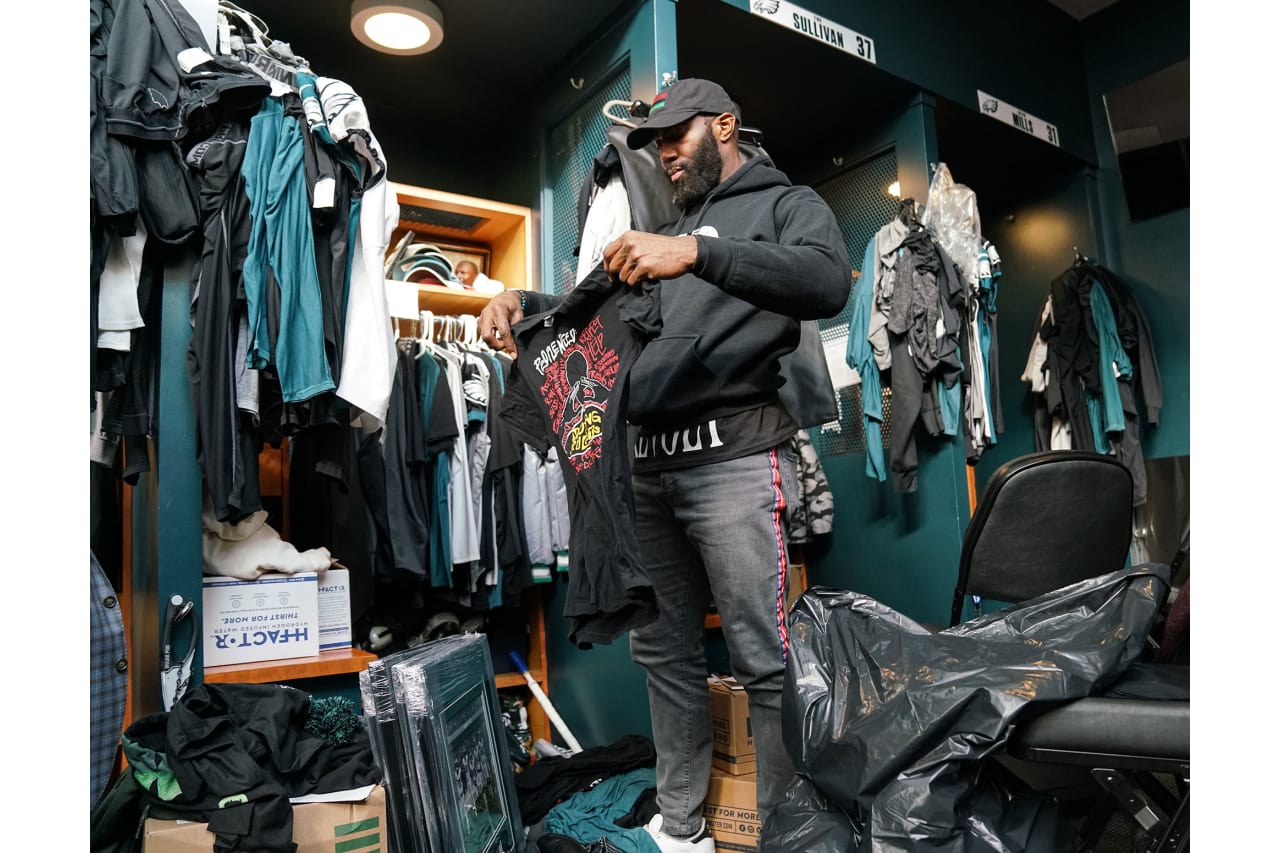 Eagles and fans look ahead to "NEXT!"...

We had a day to absorb the “Look!” “Watch!” nonsense in the aftermath of a hard-fought but disappointing loss to the Saints in the divisional round. Maybe it’s still a tad early, but EYE say hold your heads high, Eagles, and start thinking about “NEXT!”…

Some random observations that are actually positive-thinking reviews for the most part:

Chris Long, Brandon Graham, Michael Bennett and Fletcher Cox suffered injuries during the game. They all returned to the field, fighting through the pain. Read More

Remember: The Eagles had no business even making the playoffs

“After their worst moments, they got better. They got good,” writes columnist Marcus Hayes on the Eagles’ wild season. Read More

The Eagles needed to be perfect to beat the top-seeded Saints. And with so many chances to build on a hot start, they were far too imperfect, writes columnist David Murphy. Read More

Give the Eagles credit: They gave everything

“When it comes to their effort, the Eagles have nothing to apologize for. They had proved their mettle by rallying from a 6-7 record to win four consecutive games — three of them on the road — just to reach this point,” columnist Mike Sielski writes. Read More

The Eagles’ Pro Bowl right guard may be sidelined into next season after leaving the Superdome on crutches. And his 31-year-old teammate on the offensive line is mulling retirement. Read More

Two of those items are about injuries, which you might justly consider anything but positive takes. But to me they are proof positive of how this team kept finding depth enough in its roster to continue to compete well enough to get as far as it did.

Now comes the “NEXT!” part.

—Carson Wentz is your starting QB in 2019 unless he gets hit by a bus. Nick Foles is probably gone, as he has an option to start somewhere else if he wishes to exercise that option. Here’s a weird scenario—the New York Football Giants release Eli Manning and sign Nick Foles. I don’t want to really think about that one.

—Backup QB Nate Sudfeld is a restricted free agent, by the way. Do the Eagles tender him a big enough offer to stay, or is he gone too?

—Running back position is a hot mess. We really missed Blount and Ajayi running between the tackles. Ajayi is now an unrestricted free agent coming off major knee surgery, I doubt the Eagles will want to pay him. I love Sproles and learned to like Smallwood, but they just can’t be your feature backs if you want to win big games. Sproles should retire anyway. I would love to bank on the comeback from injury by Corey Clement, but I can’t, and I still don’t know why Josh Adams disappeared.

—The offensive line is suddenly in flux. Jason Peters should retire while he can still walk upright. Brandon Brooks will be rehabbing a torn Achilles and out for at least 9 months, maybe a year. If Jason Kelce is serious about retirement, what happens at center?

—At least the Birds appear to be set at tight end. But wide receiver looks like something is still missing. It’s hard to believe but true, the last speed guy we had who impacted a complete season was Torrey Smith, and even then it wasn’t considered good enough.

—Defensive line is a mystery. Outside of Fletcher Cox at DT, everyone capable of impact play is either on a free agency bubble of some type or coming back from injury. ~BROZ at Drafttek advises us to stay tuned to a very active defensive line draft class this Spring.

—Linebacker is up in the air, partly because MLB Jordan Hicks is an unrestricted free agent, and partly because your guess is as good as mine who ends up at weak-side LB on a consistent basis. At least Nigel Bradham is under contract and back at strong side patrol. Not happy with the depth here—where’s our version of Vander Esch?

—The defensive secondary? If the new season opened tomorrow, we’d have Malcolm Jenkins and Tre Sullivan starting at safety, Cre’Von LeBlanc, Rasul Douglas and Avonte Maddox at cornerback positions. Those are the only guys I am sure will be back in 2019. I’m uncertain for the futures of Ronald Darby (injury/free agent), Jalen Mills (injury/exposed by the league), Sidney Jones (injury/exposed by the league), and Rodney McLeod (injury).

—Return specialist? With Sproles probably gone, we really don’t have one. Boston Scott doesn’t count because he probably won’t make the team. Golden Tate is a free agent and tain’t likely to be signing here, so don’t count on him.

Just a sampler, but there’s a squiggly-line pencil sketch of what “NEXT!” entails for the 2019 Eagles. EYE count on our loyal readers and Bored members to color between the lines. 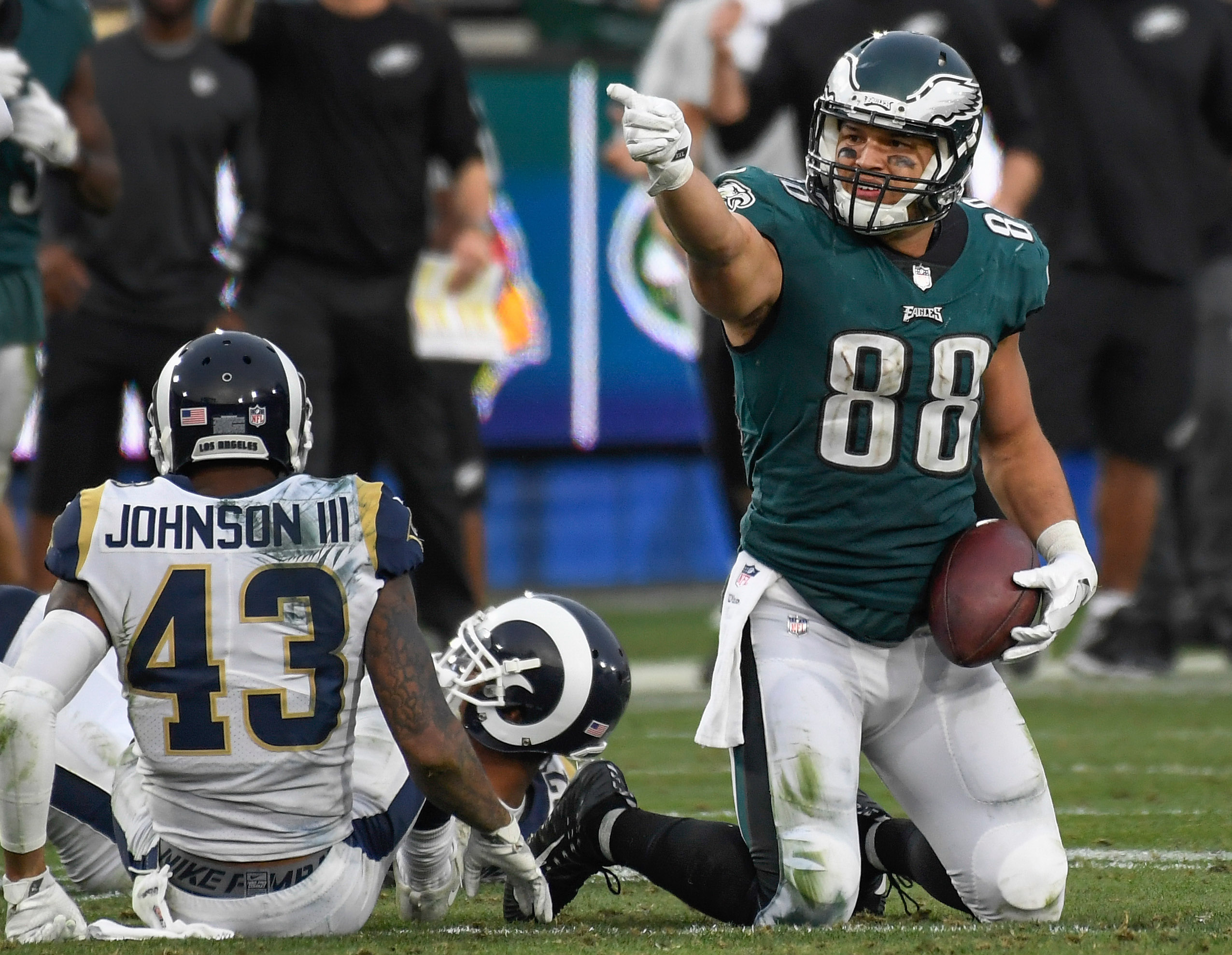 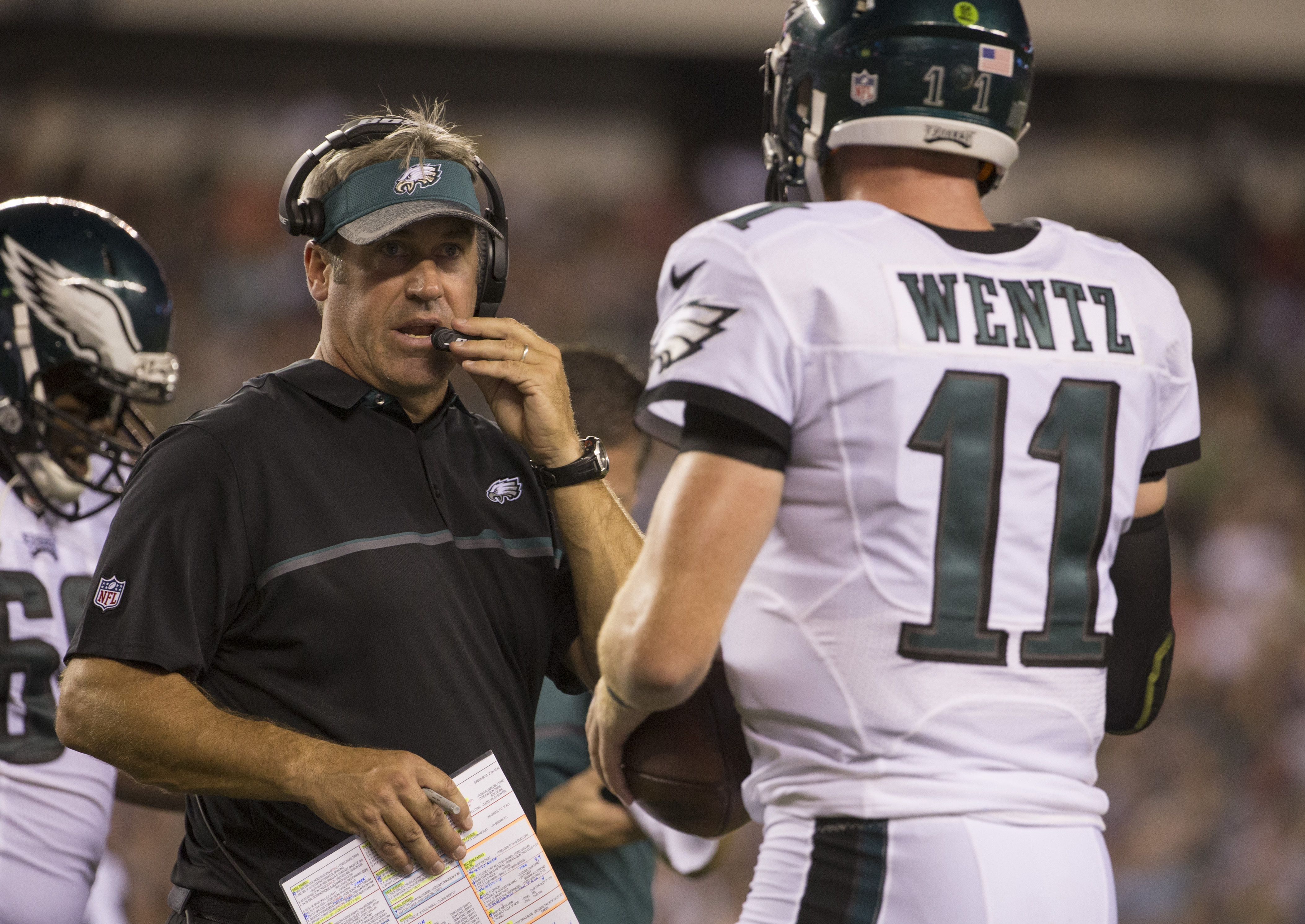