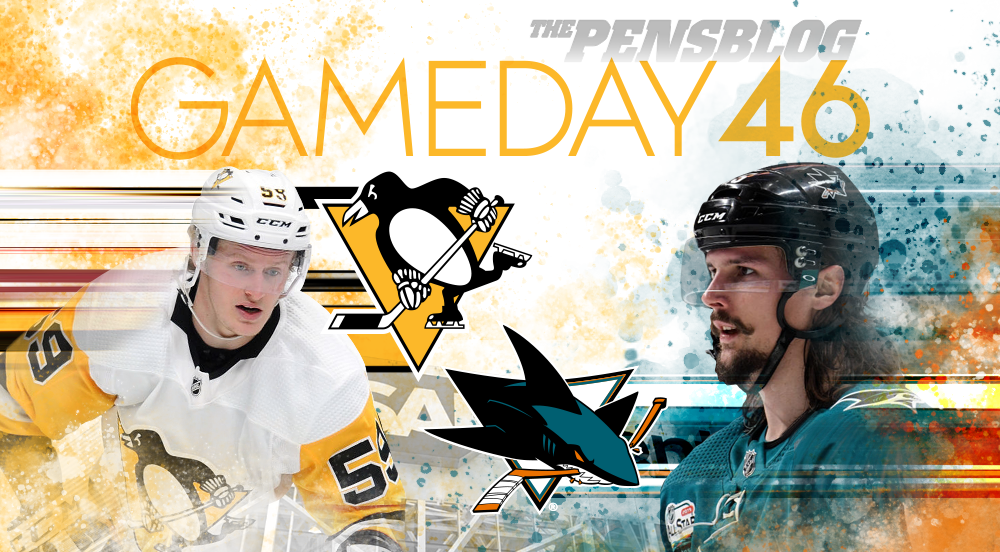 The Pens look to get back on the winning track as they stop over in San Jose for a rematch of the 2016 Cup Final, taking on Brent Burns, Erik Karlsson, and the rest of the San Jose Sharks.

The Pens fell to the LA Kings, 5-2 on Saturday night, the second of a back-to-back. Tonight’s game is the third game of a 5-game road trip bringing the Penguins to the All Star Break.

Justin Schultz is back and skating with the club, while Patric Hornqvist and Zach Aston-Reese remain out with injuries. Aston-Reese, encouragingly, was able to skate on his own today after practice.

Schultz is on the ice now for practice in a red (no contact) jersey. Aston-Reese is on the bench wearing a helmet and warmup gear. Looks like both will be getting in some work -SK

The Sharks are 27-13-7, good for 2nd in the Pacific and behind only the red hot Flames in the West. They’re third overall in the league behind the ridiculous team down in Tampa.

On special teams, the Sharks are 7th on the PP and 5th on the PK.

Knock out the Sharks.