Your Morning Dump... Where the team needs a smack upside the head 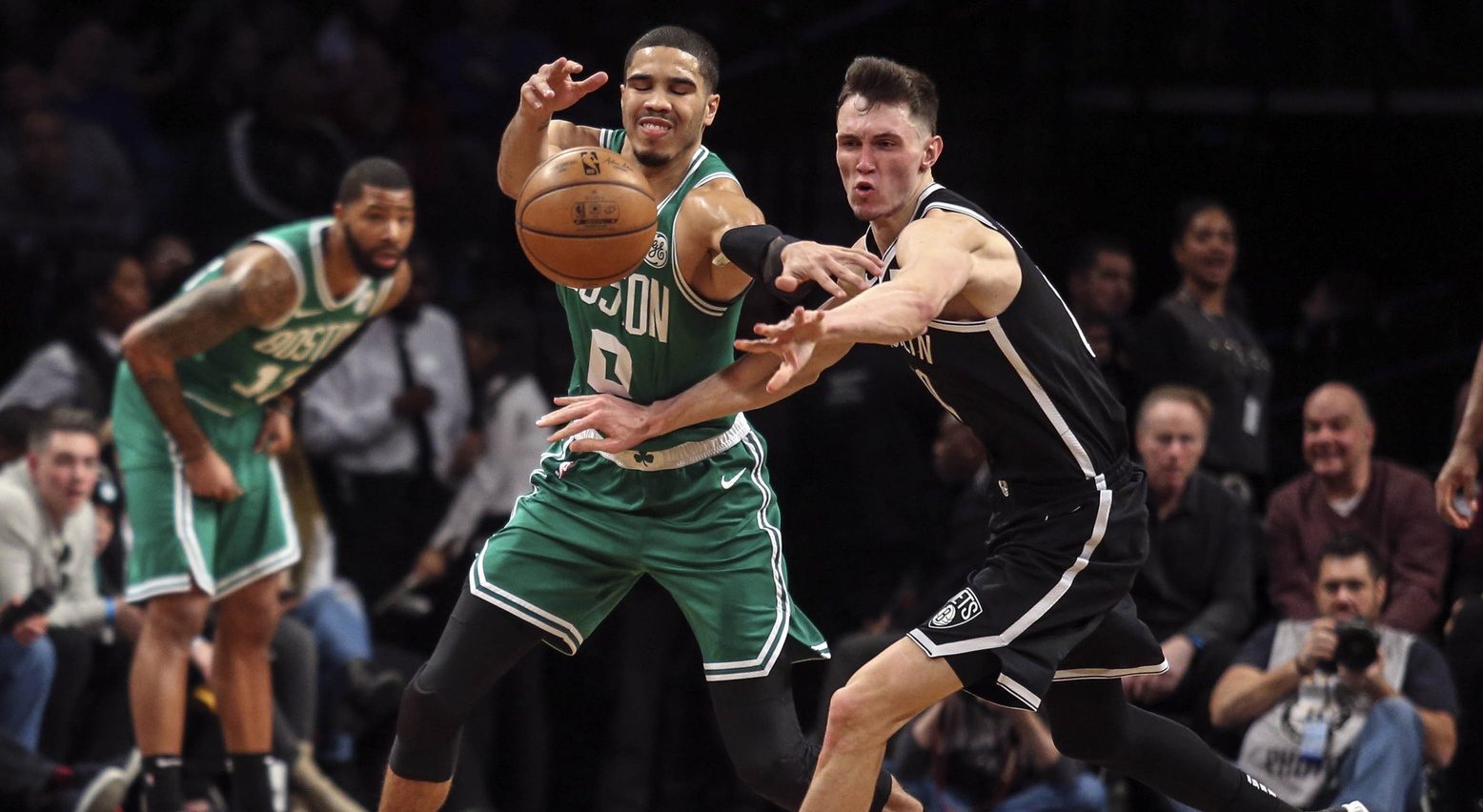 Your Morning Dump... Where the team needs a smack upside the head

Jaylen Brown talked quietly in the locker room after the Boston Celtics’ 109-102 loss to the Brooklyn Nets on Monday, but his message couldn’t possibly be any clearer: The recent finger-pointing between teammates needs to come to an end quickly, as Boston’s struggles have begun to spiral.

Shortly after a strong performance as a member of the starting unit, Brown made note of the Celtics’ uptight offense in the first half.

He was asked to elaborate, and his answer branched off in its own direction.

“We’ve just got to have each other’s backs at the end of the day,” Brown said. “We can’t make comments, we can’t point fingers. We just have to continue to empower each other and have each other’s backs. If we don’t, if we start pointing fingers, everybody’s going to go into their own little shells. We’ve got to continue to play basketball. It starts from the top to the bottom. Not from the bottom to the top but the top to the bottom. We’ve got to continue to empower each other and make the best of this. We have a lot of talent, and we know what we’re capable of doing. We have to go out there and do it. Playing free, playing loose, having fun.”

I tossed this notion out as an aside a week and a half ago, and I’m going to expand on it at length this morning.

The Celtics need someone to fill Walter McCarty’s shoes.

McCarty was hired shortly after Brad Stevens in 2013, and was on the team’s staff until early this past spring, when he was hired to coach the Evansville Aces.

Very little was written about McCarty’s work with the team over the past five years, which isn’t really surprising. There is an abundance of writing about the NBA, but comparatively few of us have the kind of access needed to do an in depth piece on an assistant, and those who do have that kind of access are all too often dispensing rehashed narrative instead of original observations.

In the Celtics’ case, the narrative was ‘Brad Stevens, boy wonder.’

But this season the team has struggled to find the consistency and toughness that were a hallmark of Stevens’ Celtics teams once they had a modicum of talent, despite this year’s team being quite obviously more talented than last year’s team.

When I had a crap job doing tech support at Gateway, (“thank you for calling Gateway, my name is Richard and my badge number is 80257, how can I help you today?”), the best advice I ever got was ‘find out what changed.’

Of course, this required knowing how to ask the right questions, because if you ask flat out, ‘what did you do?’, you’re not going to get useful information. If they knew what they did, they could probably fix the problem themselves.

It’s something similar with the Celtics. You ask any of these guys what’s wrong, and you’re not going to get the right answer out of any of them. If what changed was something so obvious that multiple guys could pick it out, guess what? The team would’ve done something about it, at some level or another.

Getting Irving and Hayward back doesn’t explain anything, because Irving played more than half of last season. Besides, the Celtics’ on-court demeanor stayed fairly consistent through a slew of lineup changes. Only Marcus Smart has been on the team for more than four full seasons.

And the most obvious change year-over-year was the departure of Walter McCarty for a head coaching gig in Evansville, Indiana.

McCarty was the only guy on Stevens’ staff with NBA experience–and he had 10 years of it. I’m not sure what McCarty did to keep these players in line, bought in, and disciplined, but I’d be willing to bet the Celtics lost a big piece of their culture when Waltah headed back to Indiana.

Back in 2014, Stevens was asked about McCarty–who’d put in for the Boston College vacancy. His response is somewhat telling:

Notice that Stevens, unprompted, segued from talking about Walter McCarty in particular, to the quality of his staff in general, and especially, the chemistry the staff had–it’s fairly evident that Stevens viewed McCarty as a valuable assistant even before he finished his first year in the league.

So what does all this have to do with the Celtics needing to get smacked upside the head?

Somehow, I think Waltah was the guy who did the smacking, and the team sorely misses that.

I mean, the Celtics were down 27 points against the Nets.

If you really want one, here’s a positive tidbit on Brad Wanamaker from MassLive:

Wanamaker’s success deserves mention. On a night when guard production was needed from the bench, Wanamaker finished with 13 points on 4-for-11 shooting, with two steals, four rebounds and three assists in 26 minutes.

The rest of the links–in case you want to read a half-dozen articles on how crappy the Celtics were last night.