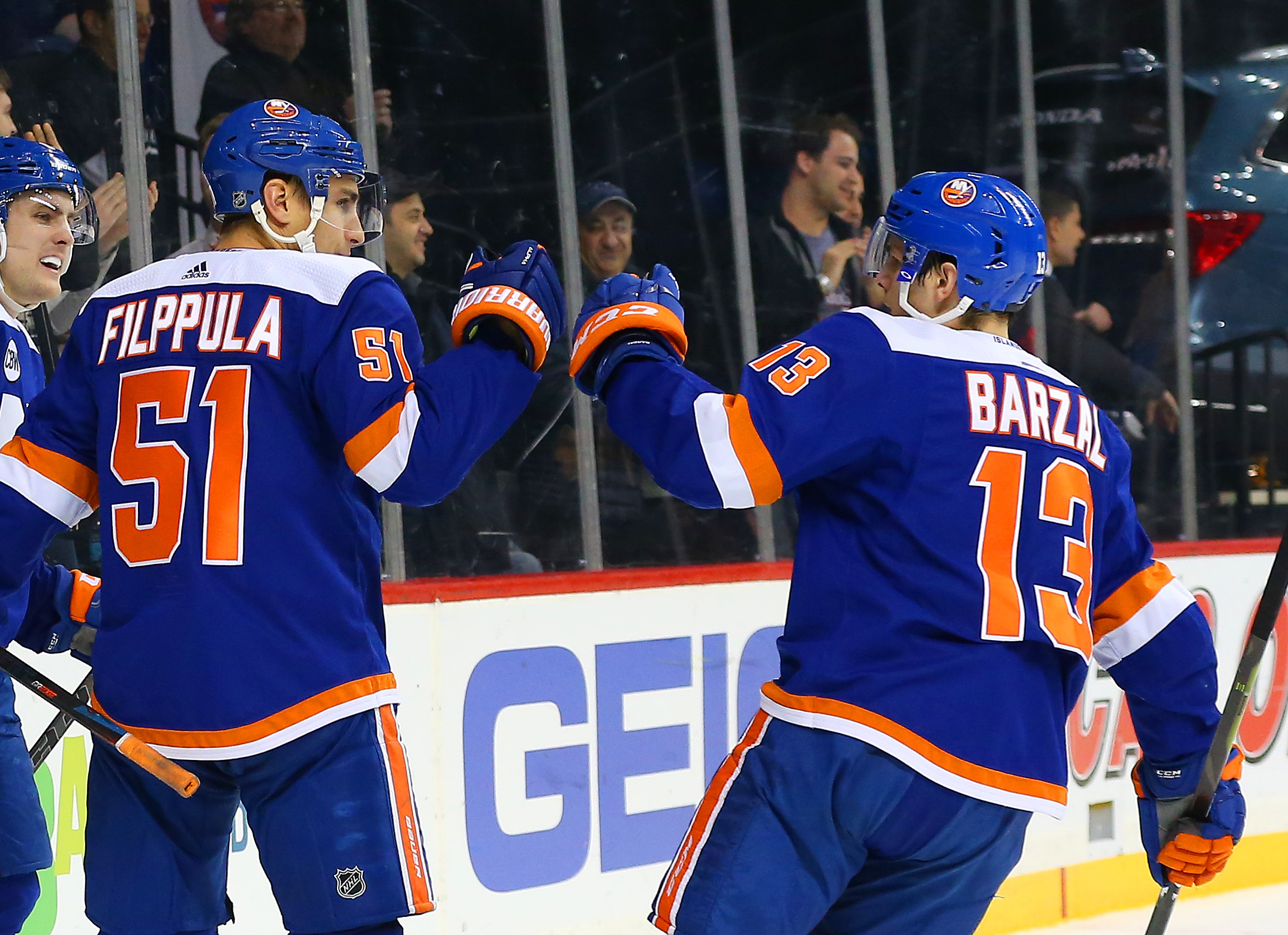 NEW YORK — It may not have been the best win, but the Islanders happily walked away from Tuesday night’s game against the St. Louis Blues with two points.

Valtteri Filppula had just jumped onto the ice when Mathew Barzal sent him the puck and he entered the St. Louis Blues’ zone. Filppula waited a moment, and then fired his wrist shot past Jordan Binnington to lead the Islanders to a 2-1 overtime win over the Blues.

“It wasn’t pretty, but we found a way to win,” Jordan Eberle said. “We’re going to have a good practice day tomorrow and get back to work.”

The game was far from the Islanders best effort, especially coming off a big win over the Tampa Bay Lightning on Sunday. The Islanders were outplayed for the final two periods on Tuesday and were outshot 26-13 through the final 40-minute span.

The Islanders were even held without a shot for half of the third period.

“We’ve lost a couple (games) that we probably should have won and we’ve won a couple we shouldn’t have,” Islanders coach Barry Trotz said. “It all evens out I think, as I always say, and you win them different ways. Tonight we had to win it with goaltending and a 3-on-3 performance.”

The Islanders received another impressive start from Robin Lehner, who finished the night with 30 saves on 31 shots in his ninth win in his last 10 starts. Lehner is 13-7-3 in 22 starts for the Islanders this season.

The Islander netminder was crucial during the Blues’ three power-play chances in the second and third period. There was a flurry of chances for the Blues during a delay of game penalty called on Anders Lee in the second, but Lehner was there to make the timely stops with some help from the players in front of him.

“He was the reason I think we won tonight,” Eberle said about Lehner’s play on Tuesday. “He was seeing the puck well and made a lot of big saves. Kind of kept us in it.”

Tuesday’s game started off much differently than the Islanders previous meeting with the Blues in St. Louis. The Islanders opened the game with a much stronger effort than the January 5 matchup.

The Islanders outshot the Blues 11-5 in the first period and took a 1-0 lead into the first intermission. It was Eberle’s 200th career NHL goal that put the Islanders in front 8:43 into the opening period.

Eberle picked up a loose puck on the side of the net and backhanded it past the sprawled out Jordan Binnington for the tally. The goal was his 10th of the season.

“When you’re a kid you’re not thinking of scoring 200 goals, you’re thinking of winning a Stanley Cup,” Eberle said about the milestone.

The Blues tied the game in the third period off a shot from David Perron at 6:07. The goal came just moments after Casey Cizikas missed on a chance to give the Islanders a two-goal lead.

During a breakaway attempt, the puck slid off Cizikas’ stick and to the side of the net as he tried to outmaneuver Bennington.

The win, coupled with a 5-2 Pittsburgh Penguins loss to the San Jose Sharks, moved the Islanders into third place in the Metropolitan Division. The Islanders will be back in action Thursday when they host the New Jersey Devils on Thursday at Nassau Coliseum. 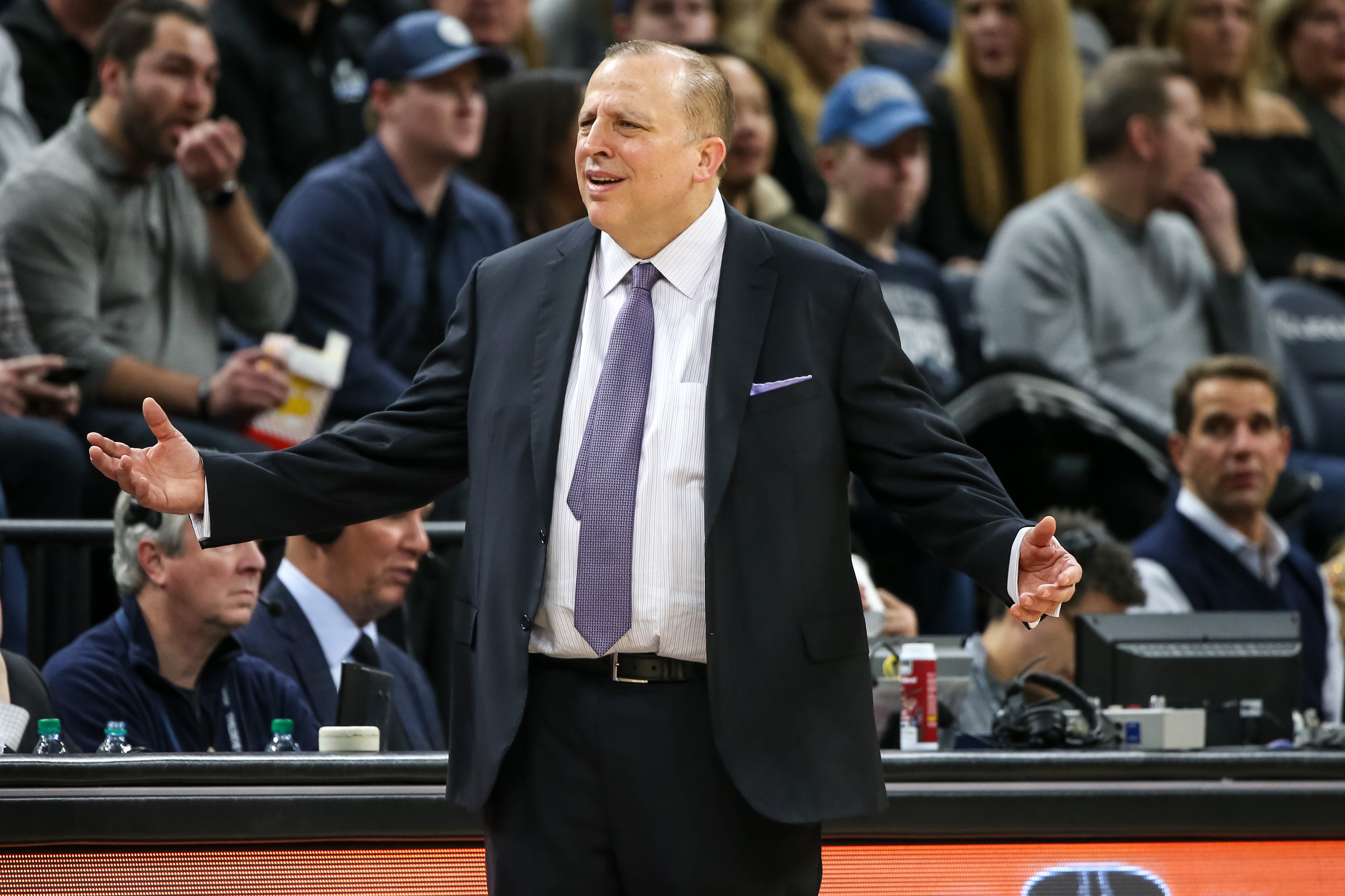 Dear Thibs, Maybe I’m a week or two old to this. Oh well. My point still stands. Anyways. Listen: I know you’re no longer with...