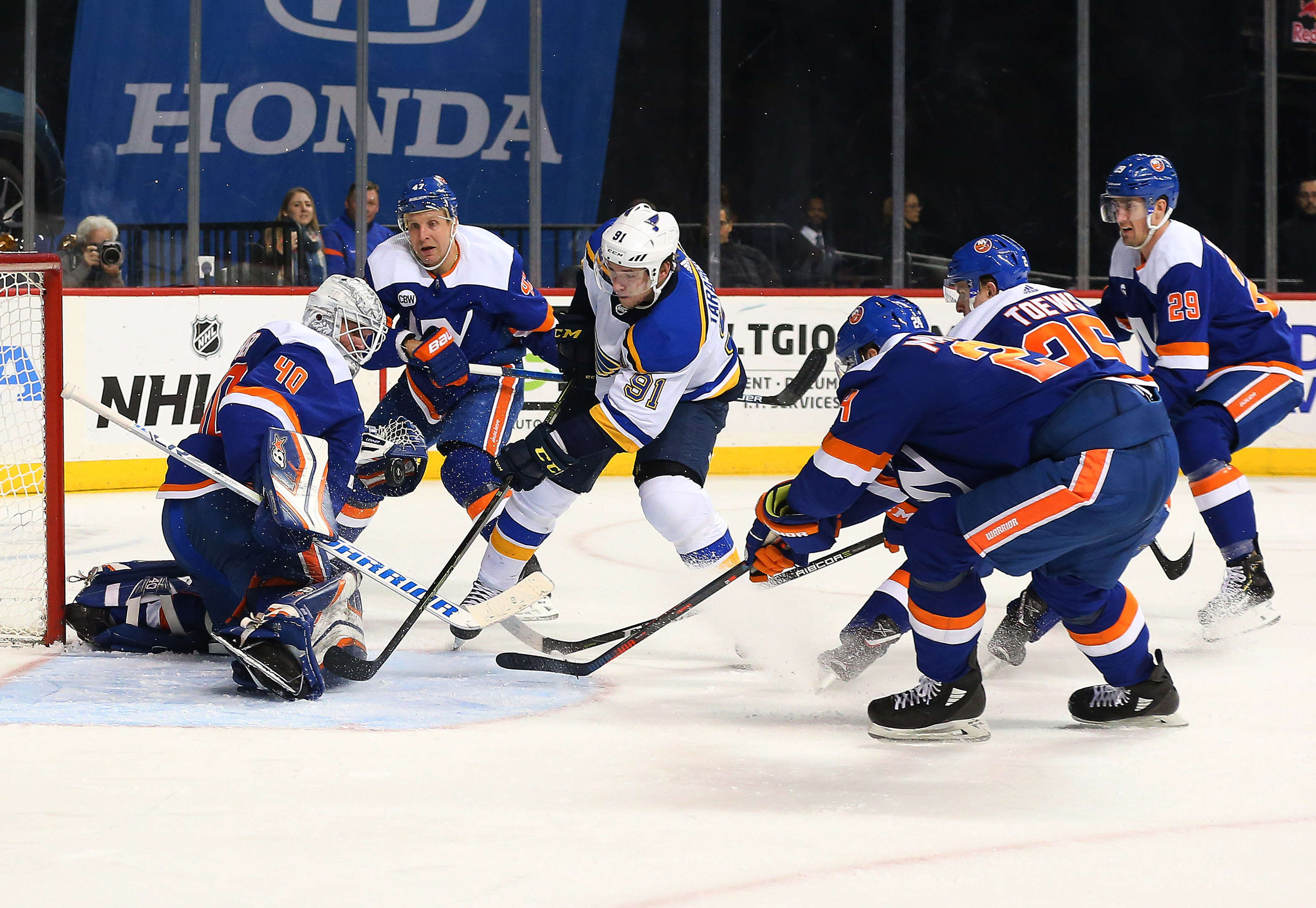 One thing is clear. His team has bought in and it didn’t take long either.

Trotz has his team playing resilient hockey. Their commitment is unquestioned and it shows on a nightly basis.

Since Christmas, the Islanders have been one of the hottest teams in hockey – leapfrogging others in the standings. New York’s latest stretch of eight wins in their last 10 contests has been just as impressing as their recent six-game winning streak from December 23 to January 5. They continue to prove a promising trait all winning teams have; they find ways to win.

Teams find ways to win due to a number of circumstances. It can be timely scoring or goaltenders standing on their heads. These 26-15-4 Islanders have been that and more.

Most importantly, New York’s penalty kill, once in the cellar, is perfect in their last 10 tries and a sturdy 18 of their last 20. Their confidence level is rising and teams are taking notice.

“It’s good,” Cizikas said when asked where the unit’s confidence level is at this point of the season. “We’re keeping it simple, we’re playing smart, defensive hockey and when we do have some breakdowns, Lehner comes up big. We have to continue to win one on one battles and find our legs.”

Momentum tends to swing either way following a strong or weak power play. The Islanders want to take advantage of those opportunities despite them being one of the least-penalized teams in the league (tied for 9th in the league, just 133 times shorthanded).

“Our PK could give us some momentum,” Trotz said after the Islanders were a perfect 3-for-3 against the Blues. “Our PK – it starts with your goaltender, I mean, that’s your best penalty killer, night in, night out. And it’s commitment.”

The Islanders are playing resilient in their end, which allows them to survive moments when they may not be fully at their best. It is exactly what the coach wants. It shows their commitment level to Trotz’s coaching style.

“We had a couple of big blocks,” Trotz said. “Got a big block from Mayfield and Boychuk and guys that had to put themselves in harm’s way a little bit. But, shots were coming in and sometimes you have to chew on those. You either jump out of the way and it’s probably in the back of your net or you go out and challenge it and have to chew on one, and know it’s going to hurt.

“When you’ve got that commitment, you’re going to have some success.”

Mayfield and Boychuk stood out against the Blues with several blocked opportunities on the penalty kill. That should not take away from the admirable job Cizikas, Filppula, Cal Clutterbuck and Ryan Pulock have been doing in their last stretch of games.

It is why the Islanders have been one of the more balanced teams in the league this season and following a strong penalty kill, it serves as a rallying cry for players that may not be on the unit.

“The PK has been amazing last couple of weeks especially in tight critical moments,” Barzal said after assisting on Filppula’s game-winning goal. “It was just one of those tight, greasy games, you have to wait for your chances.”

Typically at the end of an NHL season, the remaining playoff teams find themselves in the upper echelon of the special teams rankings. While the power play continues to be a work in progress that shows promising signs, New York’s penalty kill has been one of the best since the turn of the new year.

Most of it, if not all of it, can be attributed to Trotz’s desire for committed individuals on the ice.