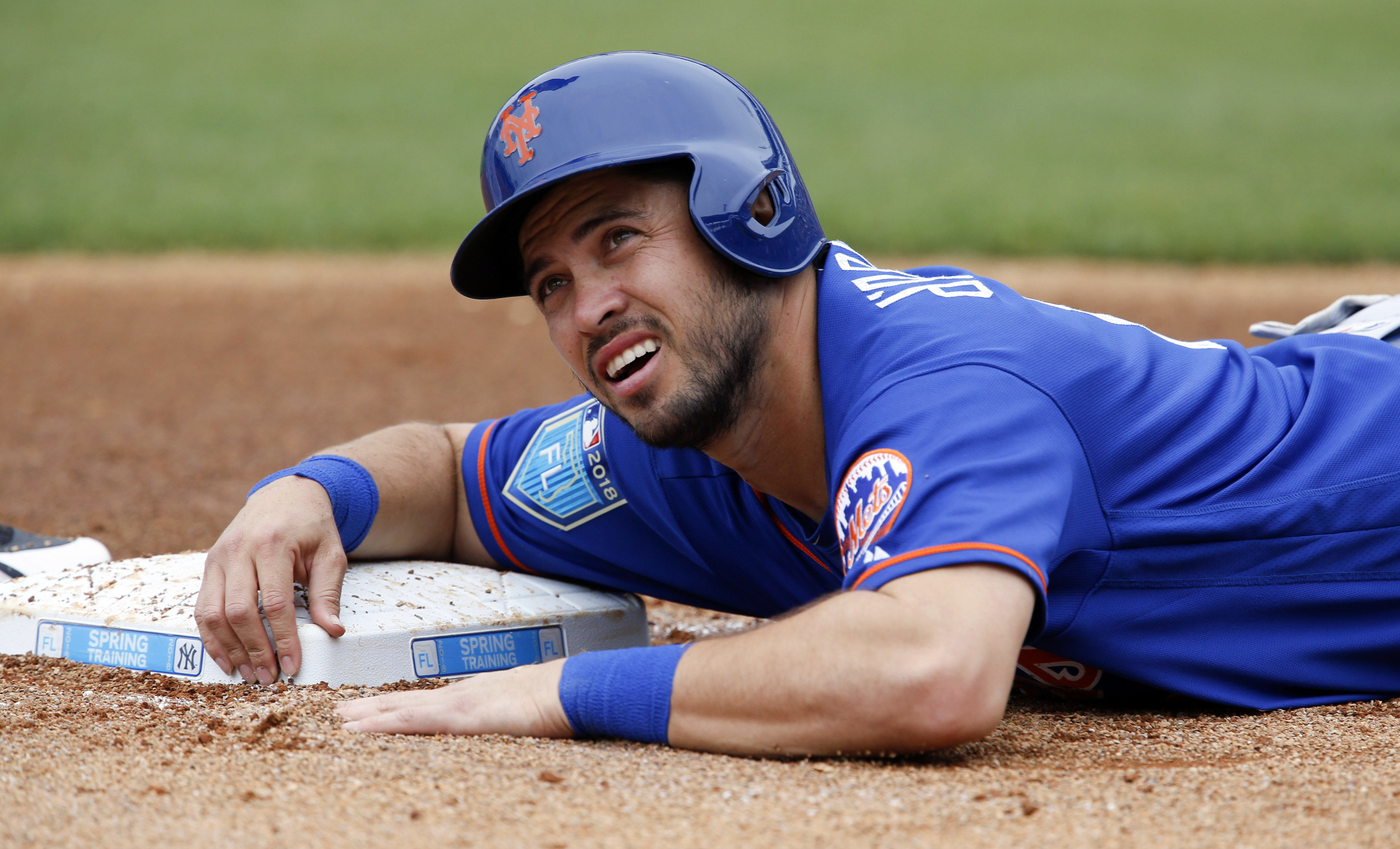 When the New York Mets traded Kevin Plawecki to the Cleveland Indians a few weeks ago, many assumed the team was set at catcher for the 2019 season. Newly signed Wilson Ramos was locked in as the starter while the talented but injury prone Travis d’Arnaud had agreed to a one year deal worth just over $3 million to be the backup. Mets’ GM Brodie Van Wagenen even hinted that d’Arnaud could be used as a utility type player, appearing to further cement his place on the roster. That thinking may have been a bit premature, as SNY baseball insider Andy Martino is reporting that the Mets remain open to trading d’Arnaud and finding a different backup catcher.

The idea of dealing d’Arnaud makes sense since he and Ramos are both injury prone offensive catchers, giving the team a bit of redundancy at the position. Van Wagenen has indicated publicly that the Mets feel their season began to go off the rails when they lost d’Arnaud and Plawecki on the same day last season, and bringing two injury prone catchers into camp opens up the same risk. Martino also noted in his tweet that the Mets are still looking at starting pitching depth and were interested in Derek Holland before he re-signed with the San Francisco Giants. d’Arnaud could be a chip to land a depth starter, enabling the Mets to look elsewhere for their backup catcher.

The Mets could fill that hole in free agency by signing a defensive minded backup, such as Martin Maldonado or former Met Rene Rivera. Another option could be youngster Tomas Nido, who struggled offensively at times last season but someone who Martino noted is firmly on the team’s radar. Of the available free agents, Maldonado is someone the Mets have been linked to throughout the winter and he is still looking for a new team. Maldonado had been hoping to find a starting gig, but it remains to be seen if he would be willing to settle for a backup role with the Mets.