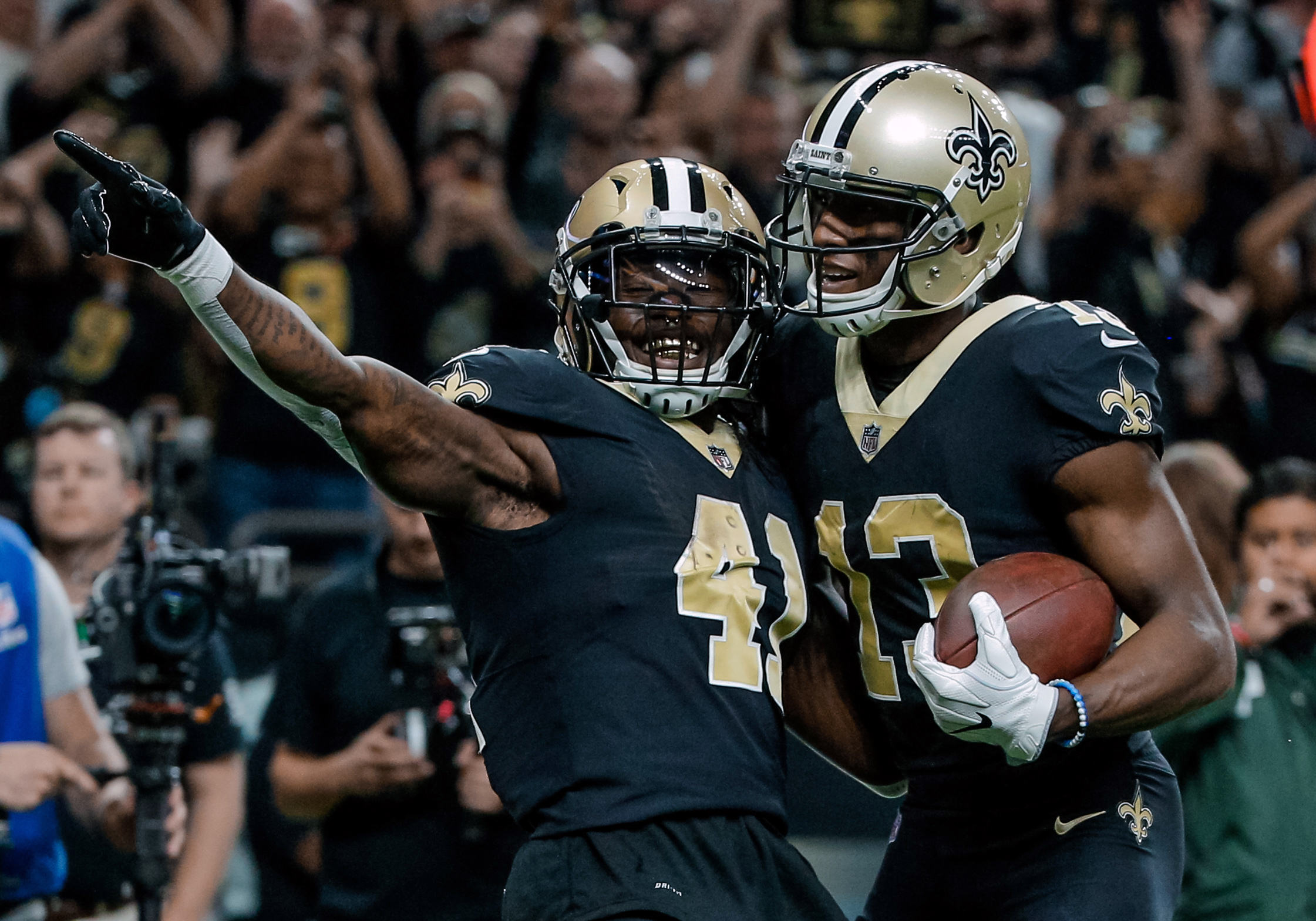 Saints receiver Michael Thomas’ dominant performance against the Eagles in Sunday’s 20-14 Divisional Round win was the best we’ve seen a pass-catcher muster in the playoffs so far this year, and it was extremely impressive.

Thomas hauled in 12 catches for 171 yards, including the go-ahead/game-winning touchdown, most importantly. He and teammate/running back Alvin Kamara were the clear difference-makers in the game, as they essentially put the offense on their backs and carried the load, en route to victory.

Speaking of Kamara, he had some really nice things to say about Thomas when asked about his teammate during a media scrum on Thursday. Kamara said that many underestimate Thomas, and while he may not be in the same class as Julio Jones or Odell Beckham Jr., as those guys have a different approach/style to the position, that doesn’t take away from his effectiveness. He went on to talk about how it’s amazing the ways Thomas manages to get open, and runs his routes. Kamara also said this:

“…I think he’s the best receiver right now,” he said.

We tend to agree. Precision route running has become a lost art in today’s NFL, as dynamic receivers get all the praise, but the connection between Thomas and quarterback Drew Brees is the best in the NFL right now. Playing pitch-and-catch may seem simple and defensible on paper, but it has proven successful for the Saints this year.