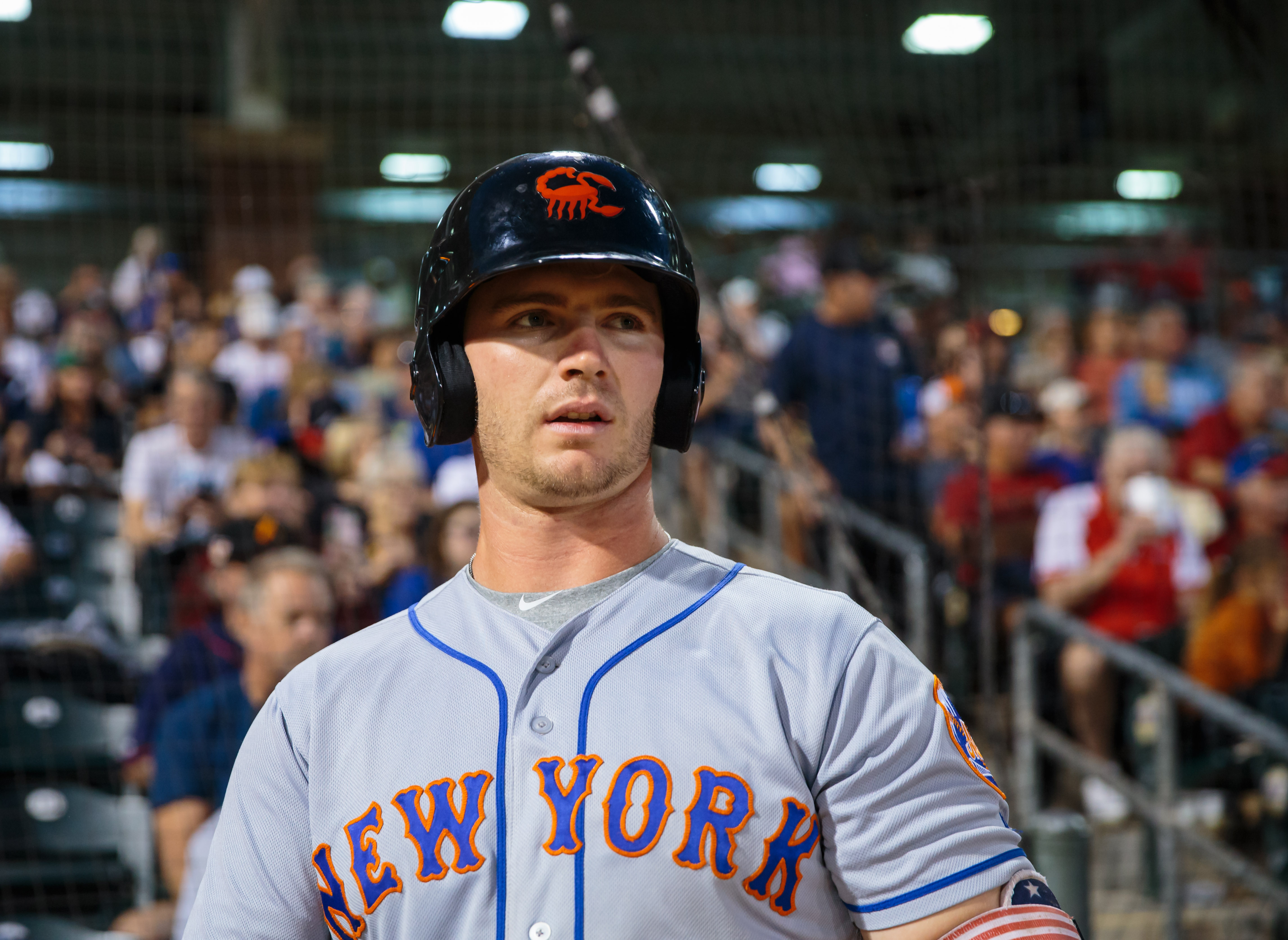 Spring Training is less than a month away and the New York Mets are getting ready for big league camp. Every player on the 40 man roster is invited to major league camp, with the rest of the organization’s players working on the minor league side. There are exceptions, however, as the Mets (like every other team in baseball) invite some of their brightest young prospects who aren’t on the 40 man roster to work in big league camp so the major league coaching staff can get an up close look at them. The Mets released their list of non-roster invitees on Twitter today, and it includes notable names like Peter Alonso, Andres Gimenez, and Tim Tebow.

The inclusion of Alonso isn’t surprising since he is expected to compete for the starting first base job in camp. Alonso tore up the minor leagues last season, slugging 36 home runs between AA Binghamton and AAA Las Vegas, but was passed over for a September call up due to defensive concerns. The Mets sent Alonso to the Arizona Fall League to get more reps and he continued to rake there, hitting six more homers and adding a moon shot in the Fall Stars game for good measure. GM Brodie Van Wagenen has talked up Alonso throughout the winter, but the recent addition of Jed Lowrie could make it more practical to have Alonso start the year in AAA in order to gain an extra year of service time by delaying his debut a few weeks.

The other notables include Gimenez, who is the Mets’ top prospect. Gimenez is an excellent defender at shortstop with a tremendous eye at the plate, but he has very limited experience above A ball. The Mets will likely get a look at Gimenez to see what he needs to work on before assigning him to a minor league affiliate. Gimenez may also need to change positions in order to find a spot on the big league roster since shortstop is currently being filled by Amed Rosario.

Tebow is back in big league camp again, which is also no surprise since he helps boost attendance at spring training games. The Mets have bumped Tebow up the minor league ladder consistently due to his advanced age, and Van Wagenen has already stated publicly that Tebow will start 2019 with AAA Syracuse. Van Wagenen also hinted that Tebow could play his way onto the Mets, but the Mets’ depth in the outfield makes it unlikely barring a rash of injuries.

Here are the rest of the non-roster invitees: