Trade Marte? It's not as crazy of an idea as it sounds, should the right deal come along 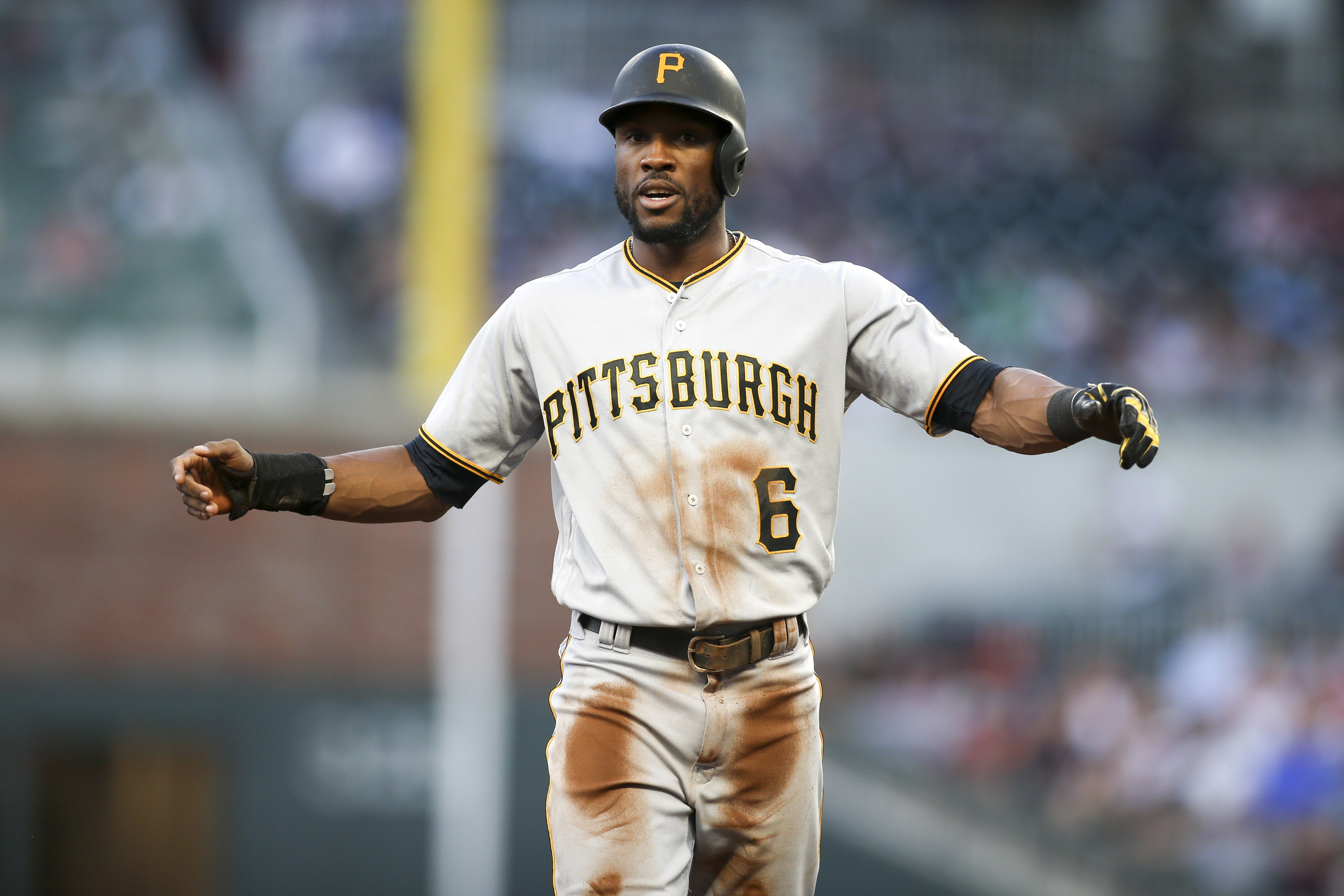 Trade Marte? It's not as crazy of an idea as it sounds, should the right deal come along

Anthony Scherer is the author of this article.

Is trading Starling Marte a bad idea for the Pirates? The idea isn’t crazy and it could work out well for the team.

It was first tweeted out by Michael J. Duarte, who covers the Los Angeles Dodgers for NBC LA on Monday that the Dodgers are having “active and ongoing discussions” with the Pirates regarding Marte. That report has since been debunked by Fancred’s Jon Heyman, but it still raises the question for the Pirates: is it worth trading Marte?

Trading Marte would cause many in the fan base some confusion. They just went out and traded top prospects for Chris Archer and Keona Kela last July, and both are under team control for at least two more seasons and showed they’re trying to win right now.

A trade of maybe their best player could hurt that window to compete. However, it could also be a way for them to cash in on a player now and try to get back multiple players that could help them win long term.

It’s something the club did last winter with the Andrew McCutchen and Gerrit Cole trades. If you look at those two moves those, they helped for the 2018 season and provided prospect depth to make others moves last summer.

For McCutchen, they got a very reliable back end of the bullpen guy in Kyle Crick, who could be their closer if need be, and also got top 10 prospect Bryan Reynolds. Remember, McCutchen wasn’t even in San Francisco for a full season before being traded to the New York Yankees, before then signing with the Philadelphia Phillies this winter.

In return for Cole, they received Joe Musgrove, Colin Moran, Michael Feliz and Jason Martin. The Pirates received all four of those players for two years of Cole.

Musgrove has already shown he’s going to be a reliable starter. Moran showed flashes in 2018, but will need to show more power in 2019. Martin gives them another solid outfield prospect that could be called upon later to help the team or as a trade piece, and Feliz will have a chance to make the bullpen again during spring training.

The talent is there and a reasonable price for a franchise like, say, the Dodgers for the next three seasons. Should the Pirates decide to actually move Marte (we know right now there’s no truth to report, but bear with me), what could a package look like? Let’s focus on a potential Dodgers deal.

Los Angeles’ top two prospects would have to be in any deal for Marte. That means outfielder Alex Verdugo and catcher Kiebert Ruiz hypothetically coming to Pittsburgh.

He’s graded out to have a plus-plus arm and has played much of his pro career in center field. He’s also projected to be in the majors this season, and turns 23 in May.

As for Ruiz, he’s the third-ranked catching prospect by MLB Pipeline this season. He turns 21 in July and has a projected ETA of 2020, which for the Pirates would work with Francisco Cervelli becoming a free agent at the end of the season. With Elias Diaz penciled in as the starter after Cervelli, there is no need to rush Ruiz to the big leagues. He had a .268 batting average with 12 home runs and 47 RBIs in Double-A in 2018.

The Pirates would need to start with these two guys if they’re willing to give up a talent like Marte. Except for the 2017 season where he missed time due to suspension, he’s been a very reliable player for the organization and can play Gold Glove defense in centerfield.

Trading Marte isn’t a sign the Pirates are giving up on the 2019 season. It would show that they see value in trading asset to help now and in the future, just like they did when they traded McCutchen and Cole before the 2018 season.