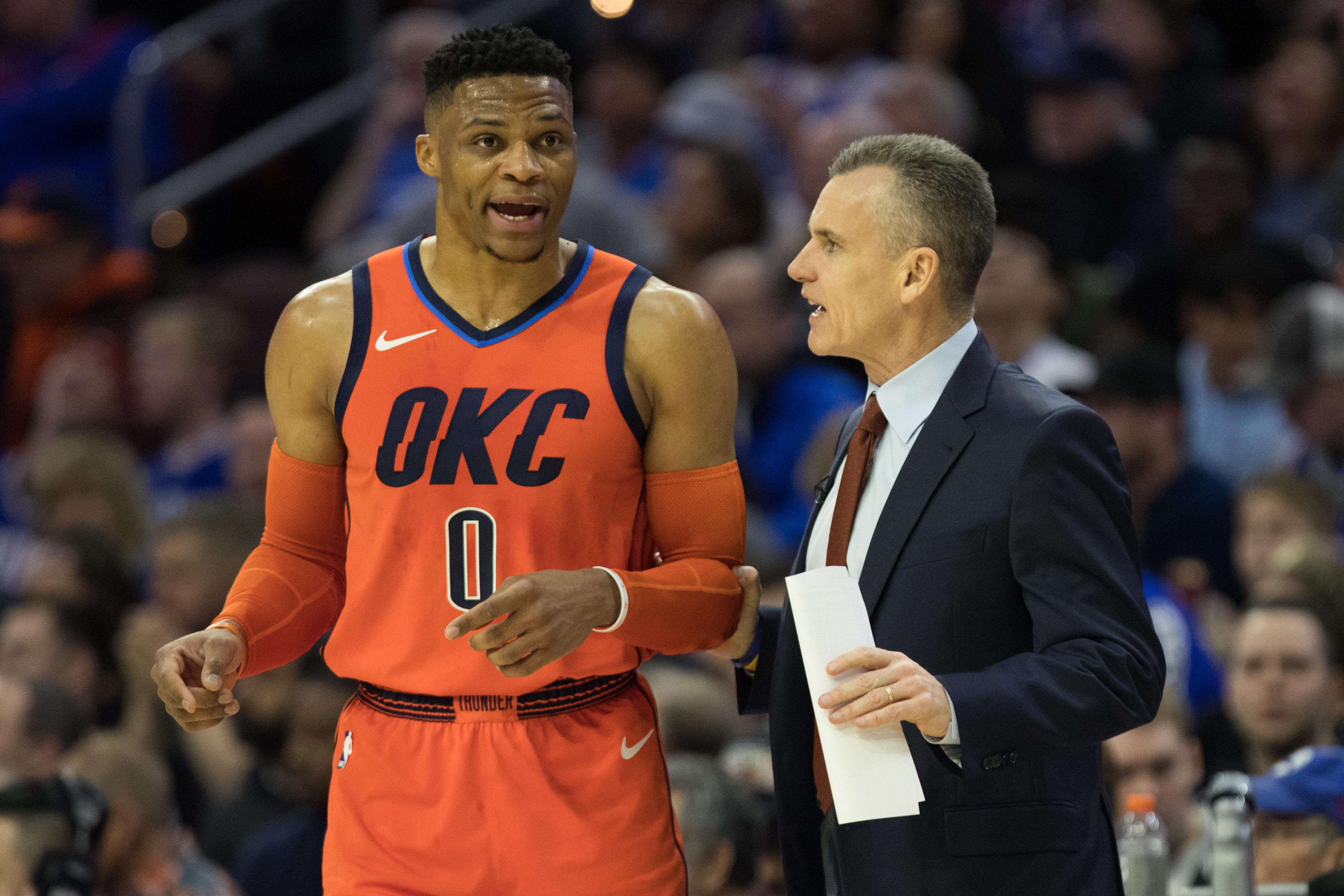 If the headline didn’t explain it enough for you well, Russell Westbrook has had not only the worst shooting season of his career but, one of the worst ever for a high volume scorer.

Allow me to explain with two distinct statements.

Westbrook has been a serviceable scorer in the past due to his ability to frequently get to the line and hit free throws. Westbrook has never been an efficient shooter.

Let’s not use the ‘lone wolf’ defense, either. Westbrook has been on excellent teams with co-stars such as Kevin Durant, James Harden, Paul George and even Victor Oladipo before he blew up. Shoot, even Enes Kanter demanded the attention of the defense. To say that Westbrook has below average shooting percentages because the opposing defense focuses solely on him is simply inaccurate.

At this stage of his career, (age 30, 11th season) it is safe to say that Westbrook is not a good shooter. He’s not even average. If anything, he is a slightly below average shooter, both from twos and threes. Yet, his PER has remained high over his career and Westbrook has helped his team stay competitive in a brutal Western Conference. How?

Traditionally, Westbrook has been near the top of the NBA in free throw attempts per game. In a span ranging between the 2014-15 and 2017-18 seasons Westbrook finished second in free throw attempts twice and in the top ten every time. I refer to this as the Carmelo Effect: When a player makes up for their below average shooting percentages by hitting loads of free throws.

This is a way to keep some semblance of efficiency as a scorer. Like Carmelo Anthony, this has been Westbrook’s saving grace as a bucket-getter. This season, however, Westbrook is tied for 14th in free throw attempts and not even taking the most on his team (Paul George.)

Perhaps Russ is getting to the line less because he is deferring to George more, which would be a good thing considering George’s MVP-caliber season. After all, Westbrook has the lowest usage rate of his career this season while PG13 is having his highest usage rate since the 2015-16 season. Why is Russ not sinking his freebies, though?

Hear it from Westbrook himself.

Russell Westbrook on his unusual free throw struggles, says the NBA changing delay of game rules has messed with his routine: pic.twitter.com/fgfXAbScRs

So, just how bad has Westbrook been as both a shooter and overall scorer this season? Where do I begin?

There are two players who are shooting 24 percent or less on 3-pointers while still taking at least four per game. One of them is J.P Macura, someone you’ve never heard of, who has played exactly one game for the Charlotte Hornets. He went 0-4 from deep that game in fourteen minutes. The other player: Russell Westbrook.

For all intents and purposes, nobody is taking as many triples as Westbrook while missing at the clip that he is. Quite literally, he is the worst high-volume 3-point shooter in the league right now.

But it doesn’t stop there. Despite only shooting 41.4 percent from the field this year, Russ is still jacking up shots. Now, the reason his field goal percentage is so low is because his dreadful 3-point percentage is dragging it down. How is Westbrook shooting on 2-pointers? That is the right question to ask.

There is only one player who takes as many 2-point attempts at Westbrook (15.4 per game) and shoots his percentage on twos (46.9.) And that player is none other than the walking triple-double himself.

I gave Russ the benefit of the doubt and readjusted the numbers in my search. How many players shoot at or below his field goal percentage while taking a minimum of 10 2-pointers a game? The list, featured below, is full of people who have either been injured for the majority of this year or constantly receive criticism for their inconsistent play. The two outliers are Lou Williams and Victor Oladipo, both of whom have regressed from last year’s play and hearing it from pundits.

Regardless, Westbrook takes either four or five more twos per game than the other names on that list. His inefficiency, though, has not altered his playing style or shot selection and it shows in the Thunder’s win-loss column.

Over Oklahoma City’s last fifteen games they are 7-8. Throughout than span Westbrook has actually taken more field goals per game than his season average. Yet, he’s shooting only 39 percent from the field and 23 percent from beyond the arc.

Some of those losses include a couple of two point losses to Minnesota, a four point loss to Houston, and another two point loss to Dallas. Playing ‘what if’ is not something I like to do often but, what if Russ had deferred to George more or sought out Adams on some pick and roll lobs more often?

Despite shooting only 31.7 percent from on pull-ups, Westbrook continues to take 8.8 of them per game. For context, out of all players who take at least 5 pull-up attempts per game (44 players in total), only Trae Young and Andrew Wiggins shoot a worse percentage.

We now know how bad Westbrook’s shooting percentages and overall scoring is for the 2018-19 season. But, how is he doing when compared the league history?

And that player is Russell Westbrook…

…who may be having the worst high-volume scoring season of all time.

Health and Fitness 28m ago

Health and Fitness 29m ago