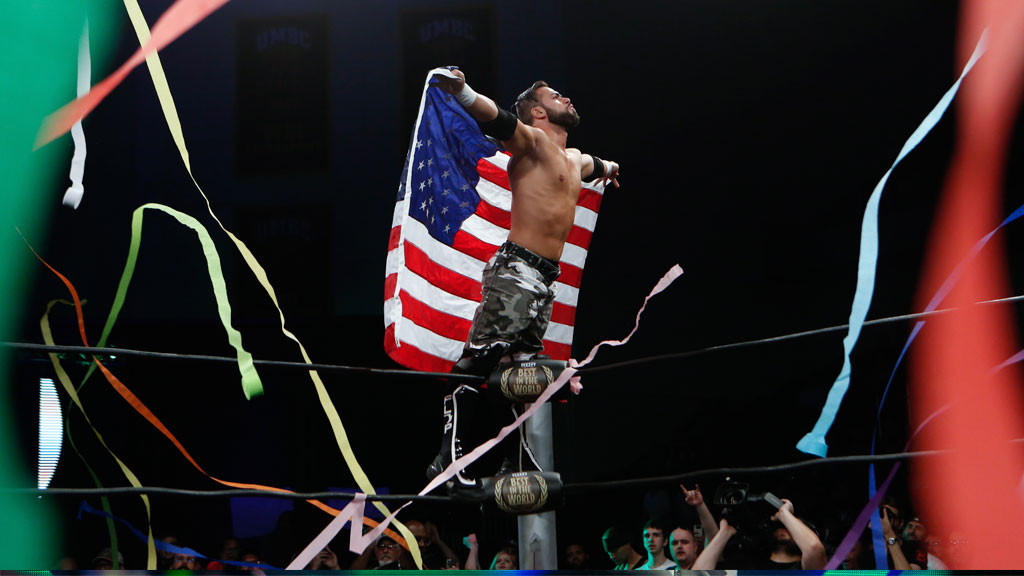 Flip Gordon recently suffered an injury at Ring of Honor’s Honor Reigns Supreme event on January 13. Gordon worked Tracy Williams in a match that lasted only a few minutes before Flip suddenly pulled up lame.

Gordon began favoring his right knee during the match and unexpectedly rolled out to the floor, where he was immediately attended to by the referee and ROH officials. Willams even exited the ring to check on Gordon and Colt Cabana left the commentary table to check on him as well. The ref was forced to stop the match and Flip was then helped to the back.

ROH has now issued an update on Flip’s condition. Gordon has suffered an MCL tear in his knee and though he will likely miss some action in the next several weeks, he apparently will not need surgery.

Is AEW The Reason Why Many Stars Are Considering Leaving WWE?

The timing of this injury is unfortunate of course, mostly due to the company’s G1 Supercard event on April 6. The show is a cross-promoted event with New Japan Pro Wrestling and will take place at the world famous Madison Square Garden. But according to Ring of Honor, Flip will indeed be back in time for the event.

The G1 Supercard is an extremely important night in ROH history and that’s because of the location. MSG has always been known in pro wrestling circles as the home of WWE, which means its been virtually impossible for any other promotion to run a show at that venue.

Can’t miss the biggest show of the year! https://t.co/QdKxmeMcAO

But thanks to ROH’s growth over the past few years, doors are now opening for the company that were once closed. This is also true of New Japan, as the wildly popular promotion is currently expanding into the United States in a very big way.

Flip Gordon has been in the business for less than four years, but he’s already gained a certain level of fame in his indie career. Much of that is thanks to his work on Being the Elite, the YouTube show that features Cody Rhodes, The Young Bucks, Kenny Omega, Hangman Page and Marty Scurll.