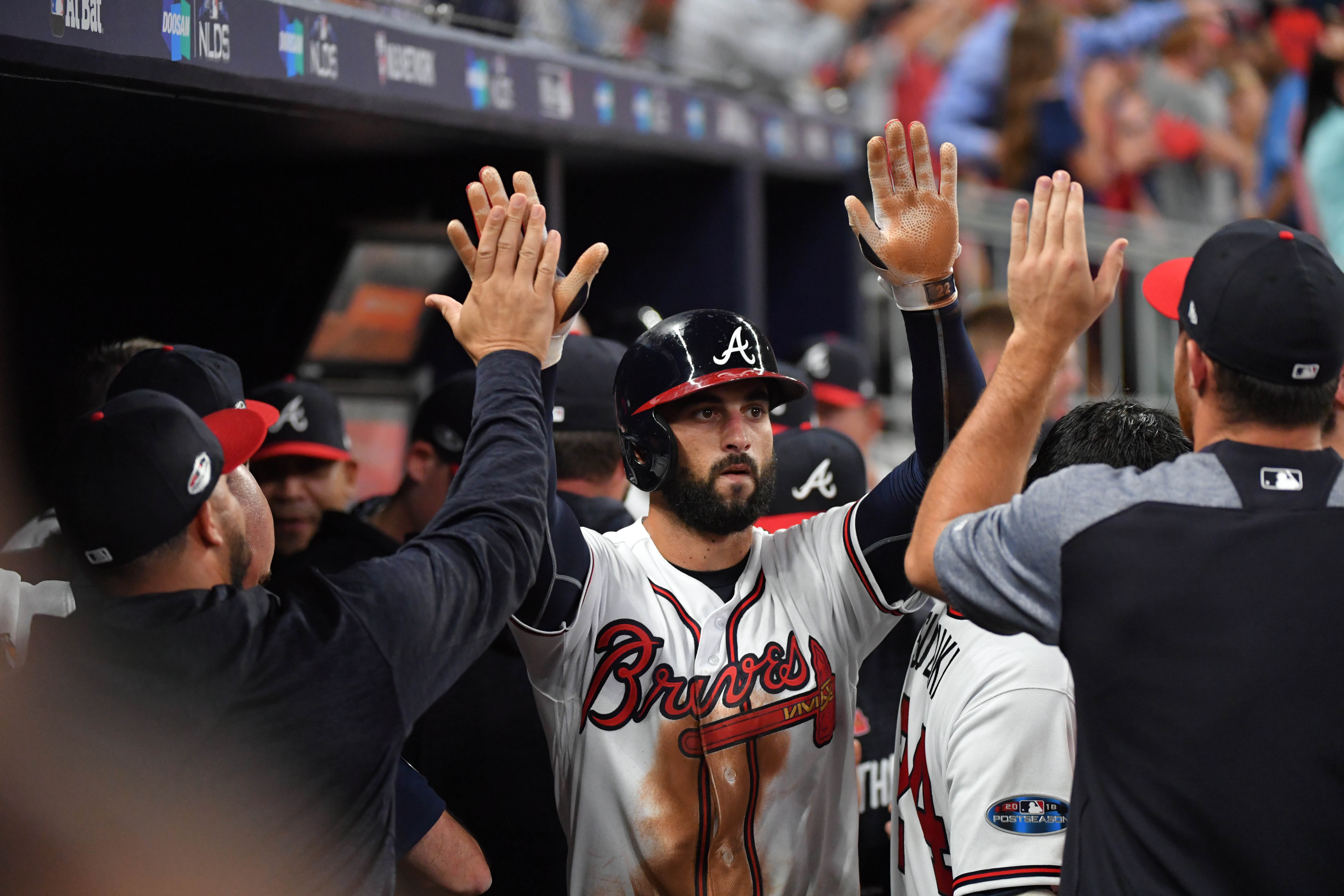 Well, the Braves finally did it. After three long months of waiting and anticipating, the Braves have made their big, franchise altering move by acquiring Nick Markakis to be their everyday right fielder. Sure he is no Bryce Harper or even Andrew McCutchen, but he is a steady presence in the Braves clubhouse that can bring more to the team off the field than a big bat could provide in the lineup.

This is clearly not the most exciting move that the Braves could have made, but all kidding aside, it is not that bad of a deal if handled properly. The Braves signed Markakis to a one year contract for $4 million with a $6 million team option for 2020. The option comes with a $2 million buyout meaning that Markakis is guaranteed to receive $6 million from the Braves. It’s actually one of the rare free agent deals that comes with some upside. If he can somehow repeat what he did last season, he will be worth way beyond what he’s being paid for the 2019 season and the Braves can lock him into another season at just $6 million. This also gives the Braves some options for 2020 in case none of their outfield prospects are ready to step in at that point.

It’s not the money that most fans are going to be upset about but rather the opportunity cost that comes with a Nick Markakis signing. Braves fans have been living with the notion for years that the team was taking on short-term money in order to clear up long-term payroll with an eye toward this year’s free agent class. Couple this with the team opening its competitive window in 2018 by winning the NL East, and the team seemed primed to have a big off-season and distance themselves from the competition in the division. This has not happened to this point as Braves fans have sat by and watched as seemingly every team in the division has gotten better as the Braves have mostly stood pat. Yes the Braves acquired Josh Donaldson and yes that could end up being the biggest acquisition made in the division, but it never felt like enough. Outfield was the last real spot in the field where the Braves could make a significant improvement that could push them toward being a true World Series contender. There were dreams of the Braves acquiring a superstar to fill that role like Bryce Harper or Mitch Haniger, but instead the Braves decided to play the value game and sign 35-year-old Nick Markakis.

While all hope may seem lost at the moment, I would urge Braves fans to look a little deeper at this signing. I would argue that not only does it not prevent a big move from happening but that it actually facilitates such a move. We saw the same thing back in November when the Braves made an underwhelming move to bring back Brian McCann on a one year $2 million deal. The team needed another catcher and by acquiring one on the cheap it allowed them to splurge on Josh Donaldson. The Markakis signing feels a lot like the McCann move. The team had to acquire another outfielder and by doing so on the cheap it opens them up to more possibilities. I’m not sure what move will follow this one but $4 million for a player like Markakis is virtually nothing and now the Braves can get creative.

This move shouldn’t even guarantee Markakis a starting position. I understand he played 162 games last season and as long as Brian Snitker is the manager, Markakis will probably be in the line up. However, $4 million is a bench player’s salary. Adam Duvall who most fans believe shouldn’t even be on the team will make just a little over a million dollars less in 2019 than the “starting” right fielder. Perhaps the Braves do open the season with Markakis as their every day right fielder, but I believe an outfield upgrade could still be in the cards.

At the end of the day we have to look at this deal as being somewhat incomplete. If this is the last move that the Braves make this winter than it will be fair to storm The Battery with pitchforks, but until then we will just have to wait and see what else is to follow. If this deal allows the Braves to go out and get J.T. Realmuto or Craig Kimbrel or someone similar, then the off-season can be deemed a success for the most part. Only time will tell but for now what we know is that the Braves signed an average-ish outfielder at a below average price. While it didn’t necessarily make the Braves better, it is a good value and the team can now look elsewhere to improve the team.