Your Morning Dump... How a Memphis rebuild could benefit the Celtics 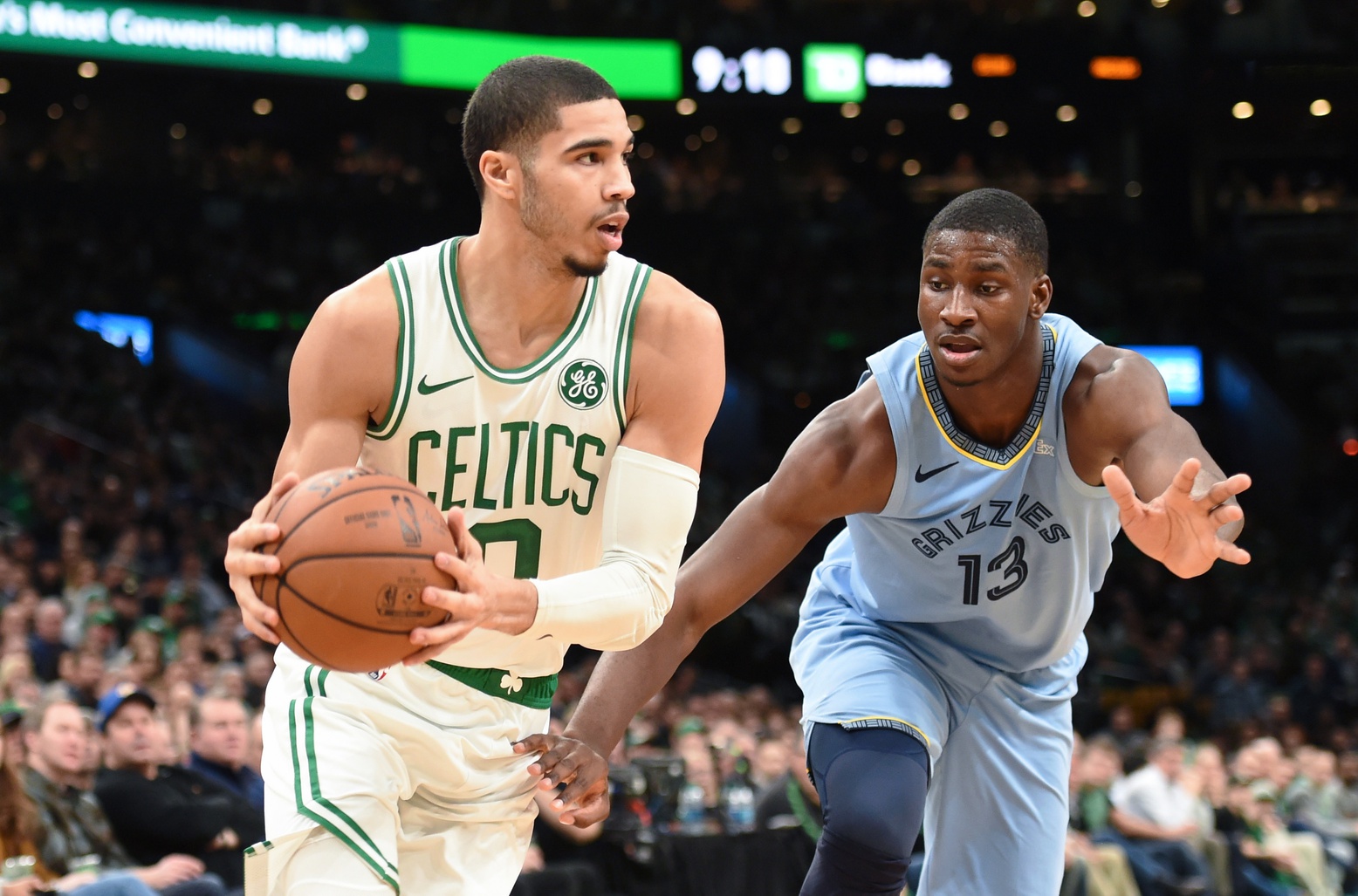 Your Morning Dump... How a Memphis rebuild could benefit the Celtics

For first time, Memphis will begin listening to trade offers on franchise stars Marc Gasol and Mike Conley, league sources tell ESPN. Memphis has reached a crossroads and is preparing to weigh deals involving one or both of its cornerstone veterans. Story soon on ESPN.

The Grizzlies, of course, owe the Celtics their 2019 first-round pick top-eight protected, followed by a top-six protection in 2020 that converts to unprotected in 2021. If the Grizzlies get rid of Conley and Gasol, whom they reportedly have never shopped before this, they would go through an extended rebuild that would likely take them through the 2021 draft (and probably beyond).

In the event no trade for Davis happens, the Celtics would be well stocked for the future — slotting in a 2020 or 2021 prospect alongside Jaylen Brown, Jayson Tatum and others would give the Celtics a powerful young core.

Danny Ainge has pulled off some fantastic trades over the past decade. Acquiring Kevin Garnett, trading Kevin Garnett, and acquiring Kyrie Irving might be the most impactful, but the real wizardry happened in the rebuilding period following the infamous Nets trade (Pierce and KG for draft picks) up until the draft pick swap with the 76ers (1st pick for the 3rd pick and a future pick).

For example, let’s talk about this Memphis pick for a moment. Do you remember who Ainge traded to get it? Jeff Green. Jeff. Green. Better yet, they also took back Tayshaun Prince, who was flipped to Detroit for Jonas Jerebko and Luigi Datome soon after.

You may also remember that Green was traded to Seattle with Wally Sczcerbiak and Delonte West for Ray Allen in 2007. What you may not remember is that the Celtics somehow picked up another asset in the exchange: the 35th pick in the draft, which became Glen Davis. Acquiring Allen for a high draft pick and two role players was already fantastic value for Boston, so I have no idea how Ainge could have pressured Seattle into giving up another player.

Okay, maybe some days off 😅 pic.twitter.com/37sncY317r

Ok, maybe some days off. The Celtics are keeping Horford fresh for Friday’s matchup with Golden State, opting not to play him against the 9-39 Cavaliers. Horford has looked fresh since returning to the lineup from a knee injury, once again muzzling the “Average Al” truthers who froth at the mouth every time he has a bad game. This is your friendly reminder that the Celtics’ best player in two consecutive playoff runs to the conference finals was Al Horford.

The Celtics head coach won his 250th game in his current role Monday night, joining just four others — Red Auerbach, Tommy Heinsohn, Doc Rivers and K.C. Jones — who have reached that milestone. Stevens addressed his arrival at the prestigious marker following the Celtics’ 107-99 win over the Miami Heat.

“When you’re in coaching you never think you’re going to get one, and you’re always like, ‘How do you possibly get the next one?’ So, I haven’t even thought about it,” he said, per CBS Boston. “It’s just an honor to coach here and to get a chance to coach in this league against coaches like Erik Spoelstra.”

As a Celtics fan, it’s always weird seeing other teams shred through coaches who don’t meet (usually unrealistic expectations). Since I started watching basketball (circa 2001) the Celtics have had four head coaches: Jim O’Brien, John Carroll (very briefly), Doc Rivers, and Brad Stevens. In that same span, the Knicks have had 12 coaches. The Kings have had 10.

Stevens is 42 years old. Am I crazy for thinking we could get another solid 30 years out of him? Because I wouldn’t think twice about giving him a lifetime contract right now. The greatest over/under bet of all time would be to guess how many coaches the Knicks will have in that time. I’ll set it at 12.5. Sooner or later, they’ll get lucky and hire somebody good, right? That’ll buy them a few years.

Boston Globe: How many All-Stars for the Celtics? Would you believe one?

Boston Herald: No Super Bowl discord around Celtics this year

MassLive: The Importance of Al Horford: Here’s how the Celtics big man created space for Kyrie Irving’s heroics  | Al Horford will not play vs. Cleveland Cavaliers