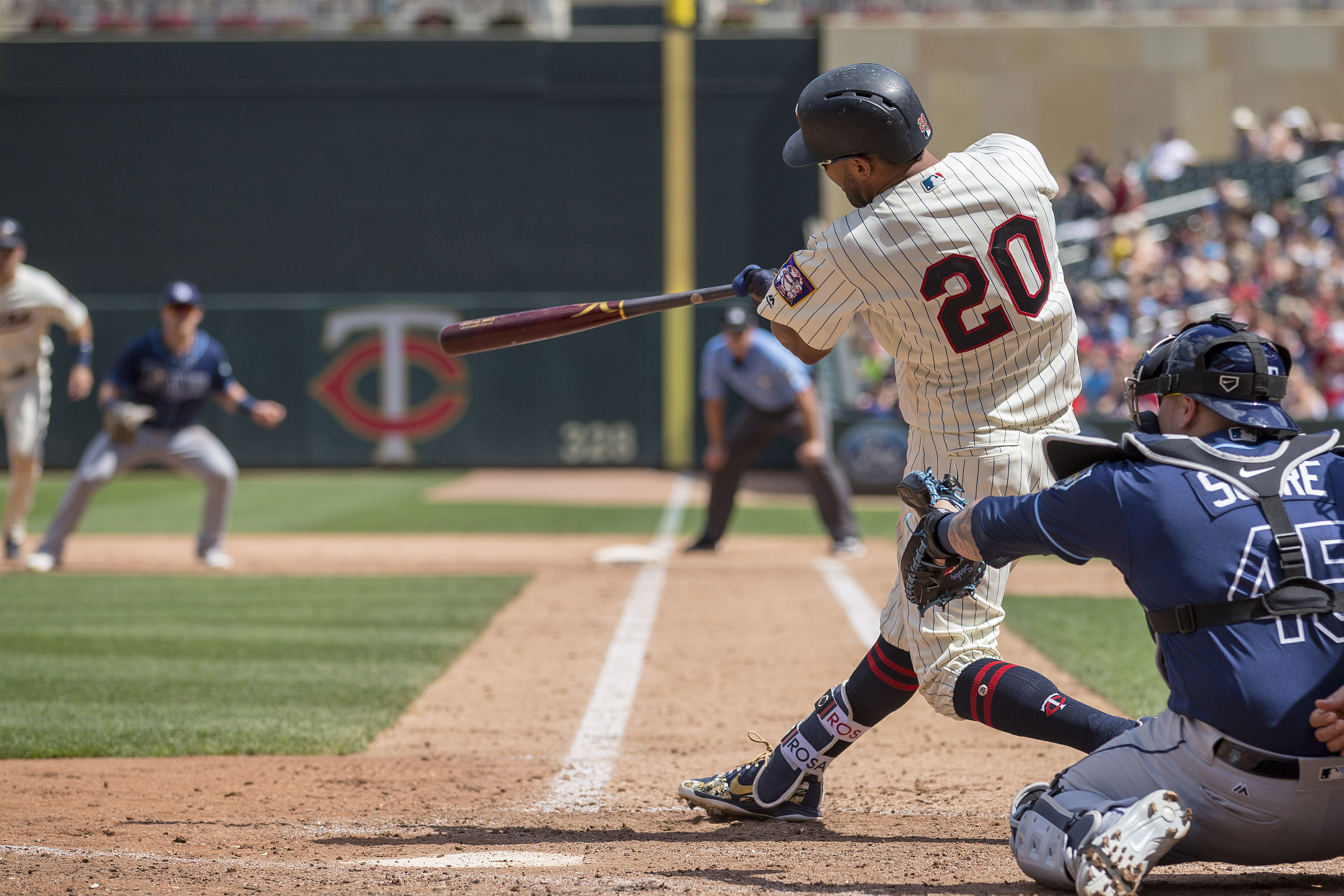 Earlier, The Sports Daily posted on the Twins introduction of a new home jersey, which is essentially their white jersey turned blue, but it is perhaps more striking because of the gold trim around the lettering. The Twins have had blue and red for at least a couple decades, so I’m not sure why this necessarily mimics the Indians, as the main site said, but it’s perhaps a sign that the Twins haven’t been relevant for a long time, and nobody recognizes the long time alternate uniforms.

The Twins will be eliminating their cream home jerseys, which I always found to be annoying, because they didn’t have player names on the back, and it took me a moment to process who I was looking at. They were popular among some fans, but I think getting rid of a shade of beige from a team that has been bland for years isn’t a terrible move.