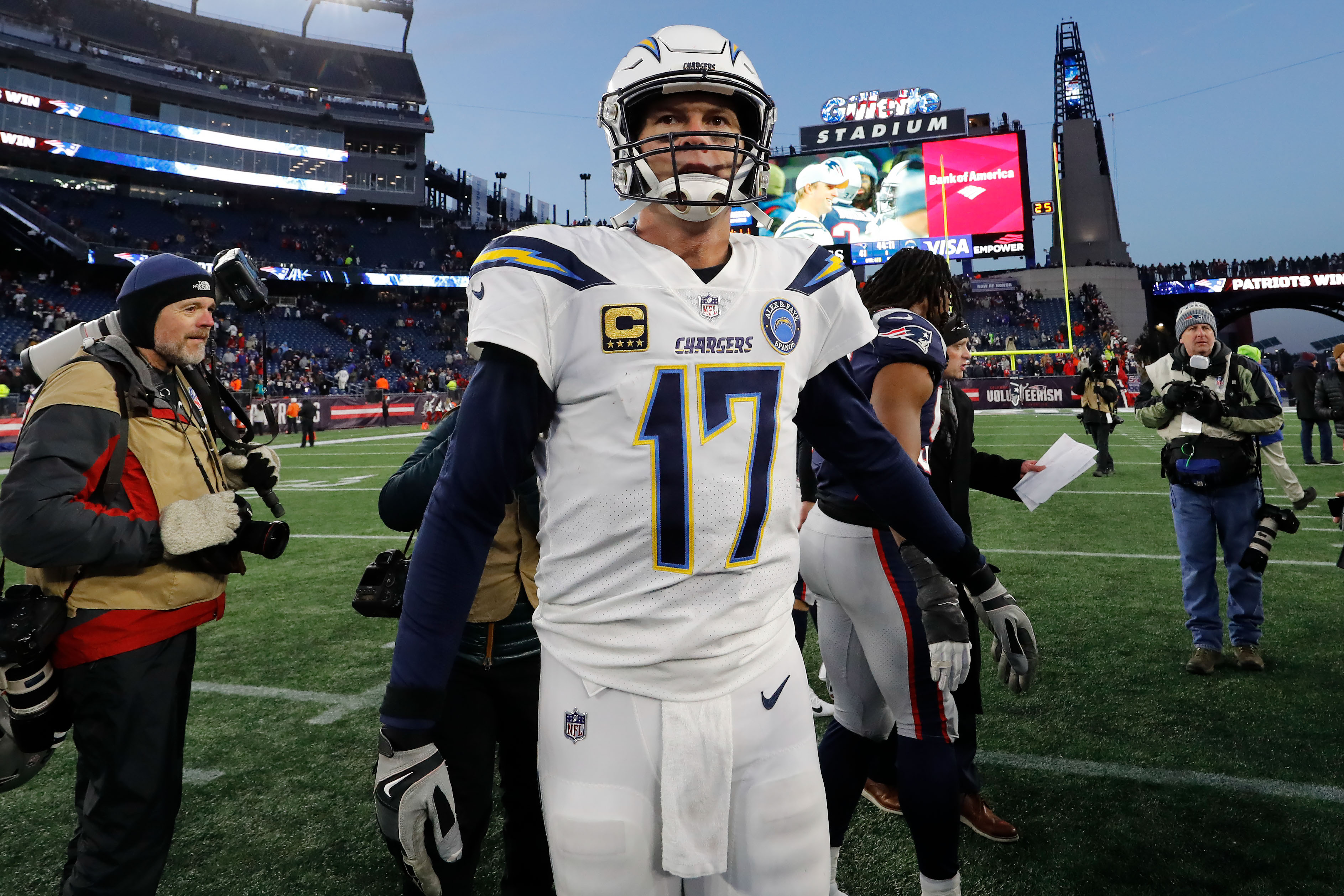 Philip Rivers has spent the entirety of his career with the Chargers, and he appears to want to end it with them as well.

Rivers began his career with the team in 2004, and he’s been the starter since 2006, after playing behind Drew Brees. He led the team to another playoff run this season, but it was cut short due to a blowout loss in New England. The Patriots have been the one entity standing between him and a potential Super Bowl, as he’s now 0-8 against Tom Brady in his career.

Still, the Chargers have a lot of young talent on their roster, and they could be poised for another run next season. Rivers will be back, although his future is unclear, as his contract runs through 2019.

He addressed the topic of a possible contract extension in a radio appearance on Friday, and had this to say about it.

“We’ve had no conversations in that regard,” Rivers told Hardwick and Richards on XTRA 1360 San Diego, as transcribed by Pro Football Talk. “I think when you get to this point — I’ve got a year left [on his deal] — I think it’s truly year by year is my mentality. I think I’ve got a handful left.”

It’s hard to see him finishing his career elsewhere, as his family seems to love San Diego, where they still live, and it just wouldn’t feel right to see him suiting up for anyone else. Not only that, the Chargers don’t have any other young quarterbacks waiting in the wings to replace him.