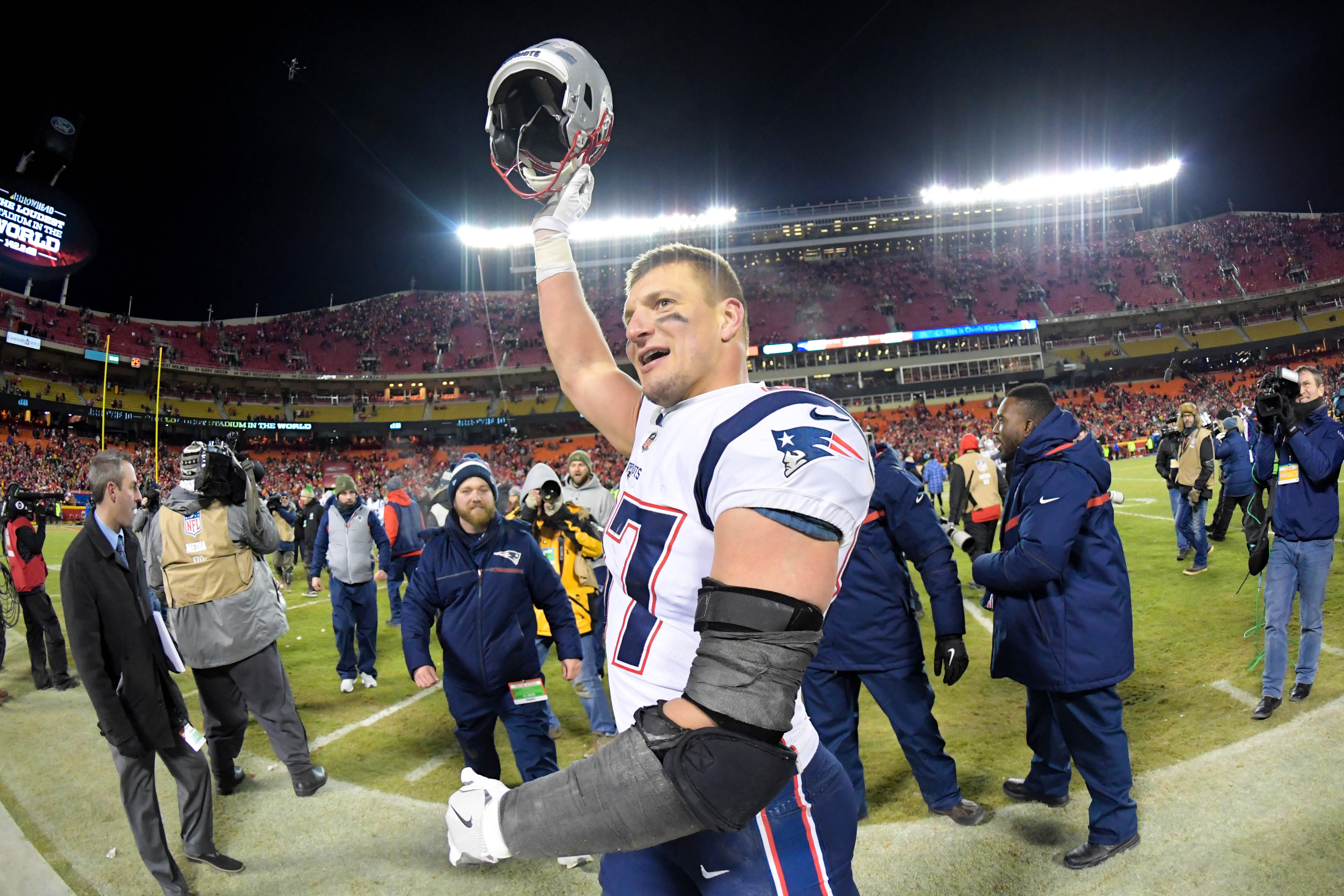 Patriots tight end Rob Gronkowski may be under contract, but that doesn’t necessarily mean he’ll be returning to the gridiron next season.

Rumors were swirling about Gronk possibly retiring before the team’s 2018 campaign even began, as he’s been battling through both ankle and back issues, but he did come back for another run at a title. And, sure enough, the Patriots are one win away from doing exactly that, as they’ll be squaring off against the Rams in Super Bowl LIII next Sunday.

Gronk had arguably his best game of the season in the AFC title game against the Chiefs, as he had six catches for 79 yards, and was huge blocking in the run game, opening up massive holes. We expect another big performance in the Super Bowl.

As for his future in the NFL, that remains unclear. TMZ Sports caught up with his brother, Chris, who addressed what Rob may elect to do going forward.

He continued, when asked about the possible of retirement.

“I couldn’t tell you, and I don’t even think at this point that he knows what he’s going to do after the season.”

It’s hard to know exactly what Gronk will do, and the result of Super Bowl LIII could certainly have an impact on his decision. Given all the injuries he’s battled through this season, though, we won’t be surprised if he doesn’t return in 2019.