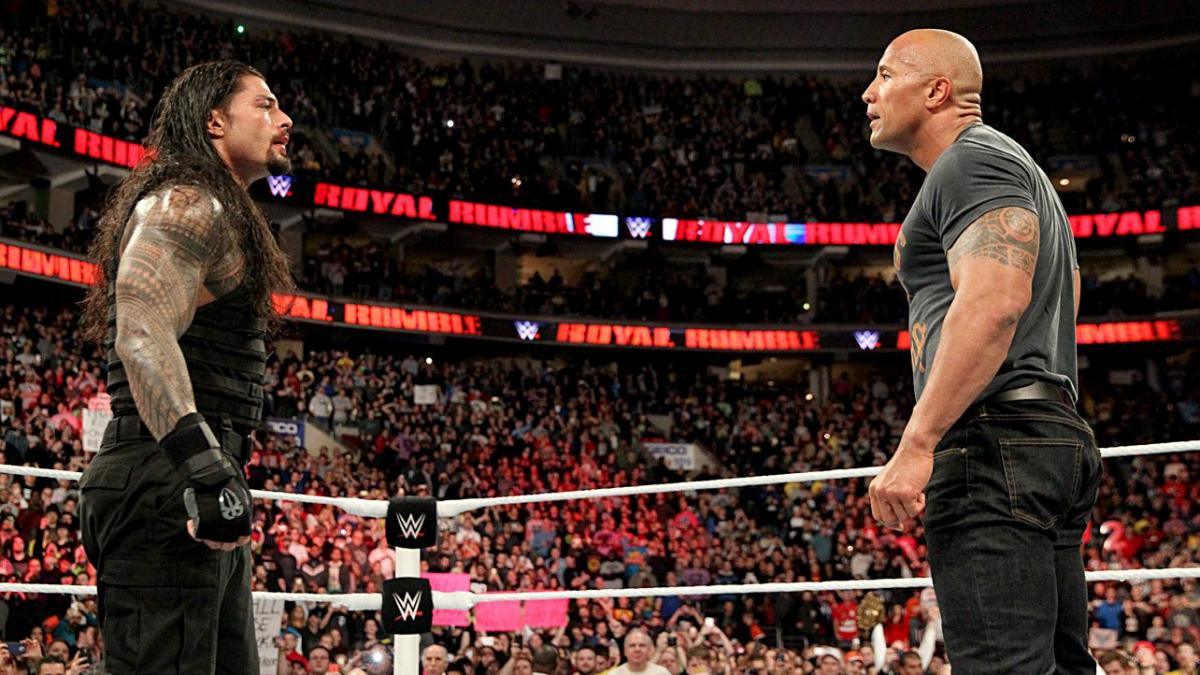 Since Roman Reigns’ leukemia announcement back in October, he has been keeping somewhat of a low profile as he recovers. In the meantime, various Superstars have given updates about Reigns in interviews, easing the fans’ worry about The Big Dog.

He may be keeping a low profile, but it has come to light that Reigns has been keeping busy.

While fans are certainly not getting that Roman Reigns versus The Rock dream match anytime soon, perhaps teaming up isn’t so much of a bad idea either. That pairing is happening much sooner rather than later.

So until Reigns fully recovers from his battle with Leukemia, the members of the legendary Samoan Dynasty have just the thing to tide everyone over.

Via Instagram, The Rock gave fans some great news concerning Reigns. Reigns’ battle with Leukemia is still going well – enough so that Reigns was granted an opportunity to star in his first film role. The Rock announced that Reigns has just filmed for the highly anticipated movie, “Fast and Furious Presents: Hobbs & Shaw”.

The brothers’ roar. A lil’ HOBBS & SHAW exclusive. Good times droppin’ sweat and spillin’ blood with my family, @RomanReigns who’ll be playing my brother in our FAST & FURIOUS UNIVERSE. I’m very proud of his focus, effort and authentic performance in our movie for his very first time on film. I’m also very grateful to spend this quality time with my cousin here in the islands as he takes life one day at a time to recover from leukemia. His perseverance and humility battling this challenge has inspired our entire family as well as millions around the world in our beloved @WWE Universe. Can’t wait to see the “Big Dog” return back to the ring – his positive & focused mindset to return is straight up next level. Til’ then, this sacred Samoan 🇼🇸 ground you stand on is nourished with our ancestors blood. Today, we nourish it with yours. #WelcomeRomanReigns #Brothers #HobbsAndShaw THIS SUMMER 🔥💪🏾 @hhgarcia41 📸

Reigns will be playing the brother of The Rock’s Hobbs character. Considering their family ties, there couldn’t be a better opportunity for the cousins to film together.

In the Instagram post, The Rock had nothing but positive words for Reigns. While the leukemia announcement shocked the WWE Universe, seeing Reigns overcoming this adversity is absolutely gratifying. Reigns looks incredibly great, and still seems to be in good spirits.

Prior to this news, various photos have surfaced over the last several days of Reigns taking pictures with family and friends alike. What looked to have been a well-deserved vacation has turned out to be something much bigger for the former Universal Champion.

Fast and Furious Presents: Hobbs & Shaw will also star Jason Statham, who is reprising his role as the villain Deckard Shaw. Idris Elba will also star in the film.  The spin-off is scheduled to be in theaters August 2, 2019.