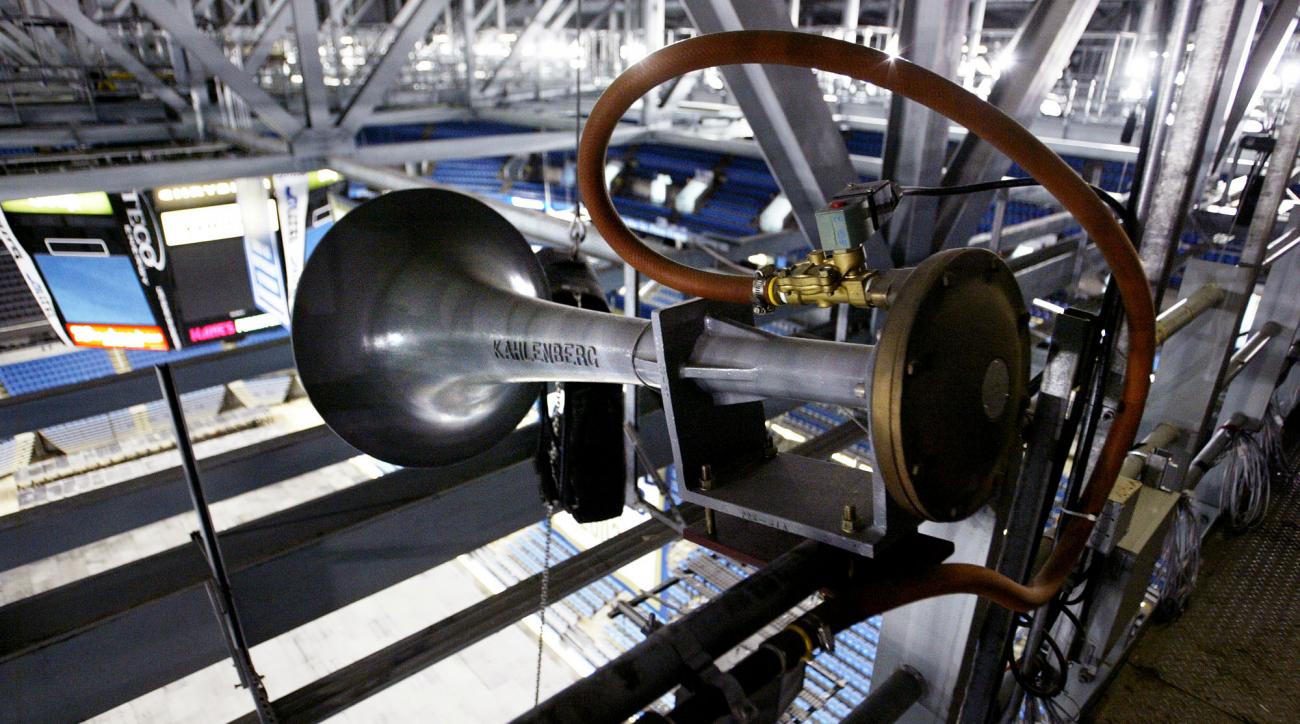 One of the best things in sports is hearing the fans scream in delight as their team scores to take the lead. In fact, many of the great announcers go silent after a huge play to let you hear the sound of the crowd boom through your TV. But when you’re watching the NHL, you may have picked up on another sound along with the crowd. It’s the goal horn, of course! The NHL has been using the goal horn for over 46 years, and it has become one of the signature things about the great game of hockey. The horn has become so popular that even other sports are starting to jump in on the old tradition.

It all started back in 1973 when Owner Bill Wirtz of the Chicago Blackhawks decided to add a goal horn after each goal scored in the playoffs. The Hawks weren’t on board yet though as over the next few years they only used it on certain occasions. However, in 1983 the Blackhawks made it an official part the Chicago experience, and the goal horn became permanent.

It wasn’t until 1988 that another NHL team would follow suit and add their own goal horn. That team was the Buffalo Sabres. The Sabres used a similar type of horn, but it had a different sound to it to make sure they had their own distinct horn.

In 1992 and ‘93 the horn tradition really began to pick up traction with the Winnipeg Jets, the then Hartford Whalers (who later became the Carolina Hurricanes), and the St. Louis Blues using goal horns.

Just a few years after, the Detroit Red Wings would join the party and add a horn of their own. However, the Wings did things a little different. Instead of using a traditional horn that usually is used on things like ships, jets, or trains they used a more conventional trumpet-like horn. When the Wings moved to Little Caesar’s Arena, they did not bring the iconic horns with them. Instead, it is now a recording of the horns but amplified at a higher volume.

The Wings weren’t the only ones to use a recorded goal horn as the New YorkRangers joined them in 1995. The Rangers had originally used a New York fire truck horn until it was replaced with a recording.

For the rest of the 1990s teams continued to add horns to their arena. A few teams like the Washington Capitals had a police siren as their goal horn until the early 2000’s when a horn replaced it. The siren had become so iconic that fans demanded it be put back in along with the horn. The Phoenix Coyotes are one of the only other teams to have a sound go along with their horn. The ‘Yotes have used a coyote howl after the horn to really drive home the feeling of being a Coyotes fan, quite literally.

It wasn’t until around this time that every team in the NHL had a goal horn of their own, with every team having a unique sound to celebrate their goals. The tradition is now a considerable part of the NHL and teams have continued to expand upon it. Teams such as the Winnipeg Jets and the Tampa Bay Lightning have used horns that resemble their cities. The Jets horn comes from a CPR Train (Canadian Pacific Railroad) that is known throughout the city. As for the Lightning, the Port of Tampa is one of the significant parts of the city, so the Bolts use a horn from a ship that was being scrapped. The Horn constantly reminds Tampa fans of the city’s great history.

The goal horn has become so popular that other sports have slowly started to adopt the tradition. In the NFL the Atlanta Falcons added their own horn that is played after the team scores a touchdown.

So the next time you hear the horn go off for your team and you cheer in excitement, thank Mr. Wirtz for having this fantastic idea.