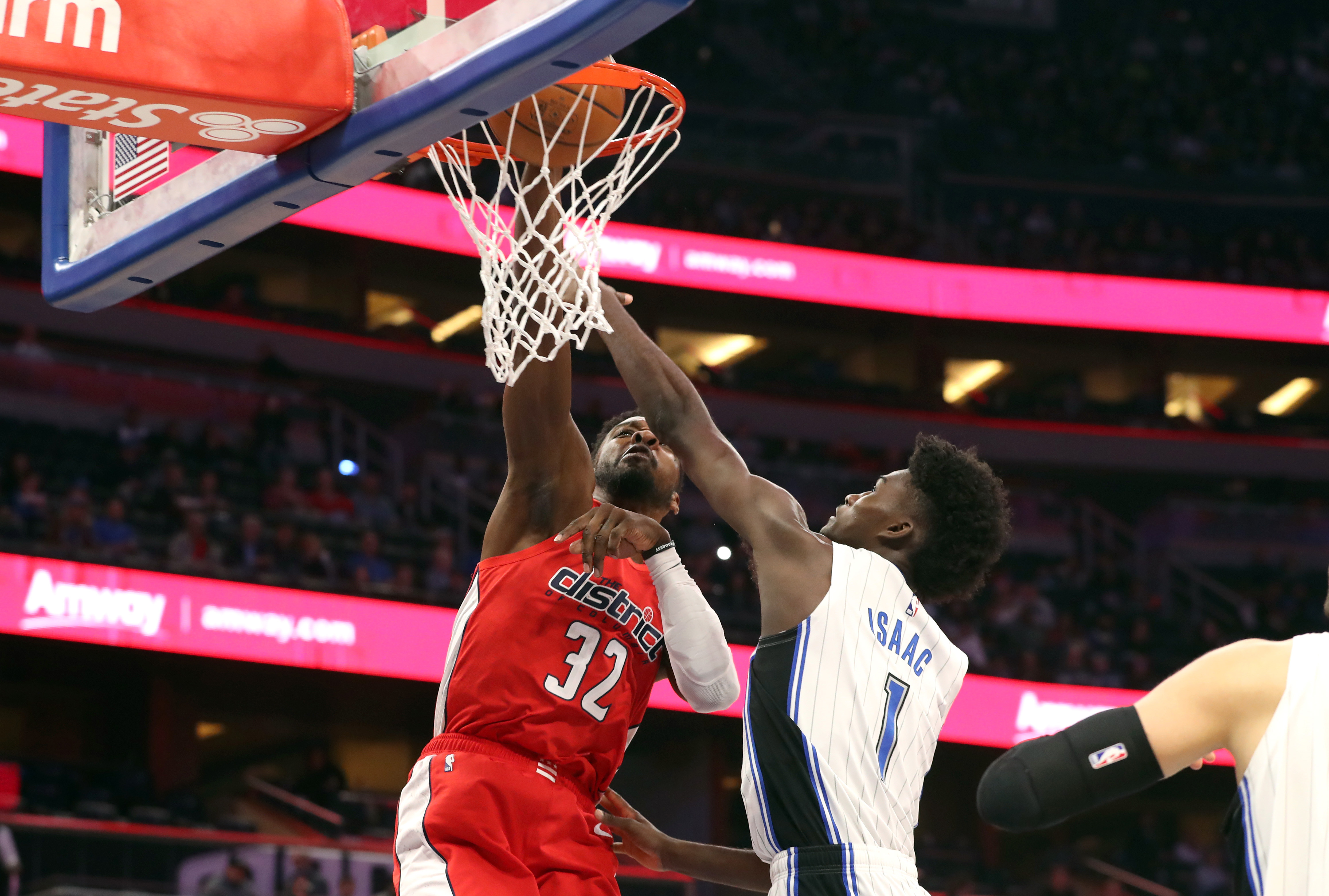 Less than 24 hours after losing a decently close game against the Golden State Warriors, the Washington Wizards had a game that could not afford to lose against the Orlando Magic. The Wizards came in seven games under .500 and out of the playoff picture with just 35 regular season games left to play. Although the Magic will likely have an All-Star on their team this season in Nikola Vucevic, Washington had to take care of business. Despite a late scare, the road team escaped victorious. The Wizards are now tied for the No. 9 seed at 21-27 and 2.5 games back of the No. 7 seed Miami Heat.

Personally, I think it is about time Otto Porter Jr. returns to the starting lineup because Jeff Green should probably not consistently be playing 30 or more minutes. On Friday in Orlando, the Wizards would not have won without their veteran’s minimum big. The Georgetown product had 24 points on 9-of-16 shooting including a nice 6-of-9 from beyond the arc. He added six rebounds and three assists in 38 minutes of play. The six triples tied his second career best and the first time he made as many deep balls since 2014 over four years ago. Green got the game going with a nasty poster dunk on youngster Jonathan Isaac and had the game-winning lay-in at the end of the game, too.

Uncle Jeff got us started…trying to finish the game too. pic.twitter.com/LospJWvZE1

For much of the season, the Wizards have been victims of poor shooting from beyond the arc, but it was the biggest reason for a victory on Friday. Coming into the game, the road team was just the 24th three-point shooting team in the NBA at 34.3 percent but that has been on the come up recently after being stuck with the third worst percentage for some time. Washington shot a season-high 55.6 percent from three relative to a measly 38.5 percent from two. Green led the way with 6-of-9 shooting, but Bradley Beal came through with 5-of-7 shooting from deep shortly after going 1-of-9 from three against Golden State.

More than halfway through the third quarter, Washington had a game-high 18 point lead, 73-55, with less than 16 minutes left in regular. Orlando would then immediately go on a 14-2 run the rest of the third quarter to make things interesting. Granted, the Magic were not playing on the second night of a back-to-back, but you can bet that the Wizards were feeling the effects even if they do not admit it. The home team would even go on to take a two-point lead with less than a couple minutes to go in regulation. Beal delivered in typical fashion with a monster dunk to tie the game when given the mismatch of Michael Beasley. Thinking where Washington would be this season without the services of their 25-year old All-Star is simply unfathomable.

Next Game: Washington left Disney World immediately after the game for San Antonio where they will play against the Spurs on Sunday night.