New York Mets' Offseason Has Been Fine, But Bryce Harper Is Still Necessary 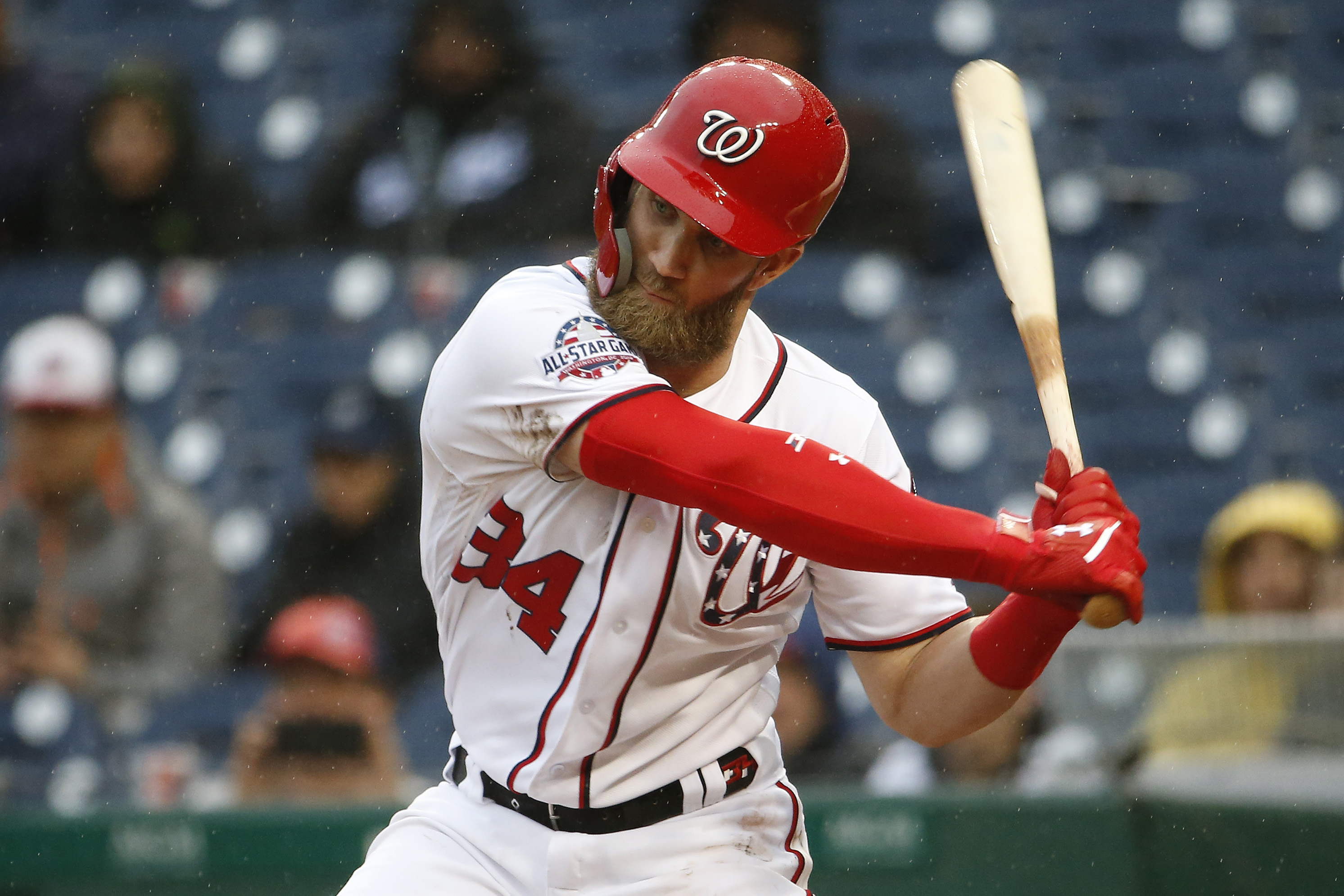 New York Mets' Offseason Has Been Fine, But Bryce Harper Is Still Necessary

The New York Mets made another solid move yesterday when they added left handed reliever Justin Wilson to their bullpen on a two year deal. Wilson fills the void left by Jerry Blevins’ departure in free agency and adds a proven veteran to a bullpen that was already stronger following the additions of Edwin Diaz and Jeurys Familia earlier in the offseason. The Mets appear to be done with their big spending and have been focusing on smaller moves to round out the edges of their roster, but they could turn a good team into a great one by simply signing Bryce Harper.

The Harper debate began to swirl earlier this week when The Athletic’s Ken Rosenthal published an article on Wednesday questioning why the Mets were not in on either Harper or Manny Machado in free agency. Mets’ COO Jeff Wilpon met the media that day for an annual luncheon and addressed the topic by saying that they were already paying Yoenis Cespedes $29.5 million in 2019 and that very few teams have two $30 million players on their roster. That logic infuriated Mets’ fans since Cespedes is going to miss a significant portion of 2019 due to rehab from dual heel surgeries, allowing the team to recoup some of his salary via insurance. The Mets also are competing with a team in the National League East, the Washington Nationals, that has two $30 million aces in its rotation and has experienced more consistent regular season success than them.

GM Brodie Van Wagenen put together a more rational explanation of the team’s logic when it comes to Harper and Machado at an event for season ticket holders. The argument Van Wagenen pitched was that the Mets could have spent the money to land either Harper or Machado, but that they saw a team with so many holes that they felt it was wiser to spread their money around to address different needs. In essence, the Mets felt that it was better to pay Jeurys Familia, Jed Lowrie, and Wilson Ramos about the same amount of money it would take to land either superstar.

That logic is all well and good, and building a well rounded team should allow the Mets stay in contention throughout the season. The problem is that Van Wagenen has made bold statements about the Mets being the favorites in the NL East, and the Mets likely won’t be able to back up those promises unless everything breaks right for them. That holds true if Harper and/or Machado land in the division, with the Philadelphia Phillies a heavy favorite to sign at least one of the stars.

The Mets were recently projected to be roughly an 85 win team, which makes sense since this squad feels significantly better than the 77 win 2018 version. Adding Wilson bolsters the bullpen, so if you assume he produces close to the 0.7 WAR he delivered in 2018 that pushes the Mets up to 86 wins. 86 wins likely has you in the mix for the second wild card spot, but it’s not going to be enough to win the division. A true superstar can be worth about five wins in a given year, and adding a guy like Harper to the Mets would make them the clear favorites to win the NL East.

While depth is nice, there is no reason a New York franchise shouldn’t be able to fill out its roster and add a superstar talent who happens to fill a need. The Mets are currently planning on using some combination of Juan Lagares, Keon Broxton, and Jeff McNeil as their third outfielder on a daily basis. Harper is a massive upgrade on any of those options, and he would also give this team a true anchor for the middle of their lineup for the next decade. Signing Harper would push the Mets closer to the luxury tax than they have ever been, but this franchise has significant financial flexibility after 2020. Robinson Cano and Familia are the only two players signed to contracts after that season, so the Mets could easily afford to take on Harper’s salary.

The presence of Cespedes on the roster also should not be an impediment to adding Bryce Harper. While Cespedes is a star when on the field, he has missed more than half of the Mets’ games since signing his four year, $110 million contract after the 2016 season. The Mets can’t assume Cespedes will give them anything in 2019, but if he does the Mets could simply use Brandon Nimmo as an excellent fourth outfielder. Imagine a Mets’ batting order where you can bat Cespedes, Harper, Cano, Ramos, and Michael Conforto 2 through 6. The possibility should be terrifying to other teams.

Despite the fact it makes all the sense in the world to add Bryce Harper, the Mets have shown no interest in doing it. That is a shame because this team is significantly improved and could be a superstar away from being a World Series contender. The Mets will simply hope and pray that Cespedes comes back and has a 2015 like impact on the lineup, but signing Harper would make their lives much simpler. All it would cost is money, which the Mets have shown the ability to use, but they appear content to roll with the group they have instead of striving for more.