Former WWE Smackdown Live General Manager Paige, who is currently doing the media rounds to promote her new movie Fighting With My Family, has not been an active in-ring competitor since 2017.

Following a back injury in December of 2017 and a subsequent diagnosis of spinal stenosis, WWE officials made the decision that Paige could no longer compete as a wrestler in the company, forcing the former Champion to deliver an emotional retirement speech on the April 9th, 2018 episode of Raw.

Paige’s diagnosis is similar to that of WWE Hall of Famers Edge and Steve Austin, who each had their in-ring careers ended by spinal stenosis.

In a new interview conducted with Chris Van Vliet, Paige spoke about her new movie, which is being produced by The Rock, having to deliver the most “nerve wracking” speech of her life when she announced her retirement, advice she has received from The Rock and more.

On the subject of her future, Paige completely ruled out ever wrestling for WWE again, saying officials will never clear her to return as an active wrestler with spinal stenosis. Paige then joked about possibly returning to the ring in four years, which likely means her WWE contract expires sometime in 2022 or 2023.

With regards to her in-ring future, it is always possible another company, such as Ring of Honor, New Japan, Impact or All Elite Wrestling, could allow Paige to wrestle, but should she decide to compete again she could be risking her life. 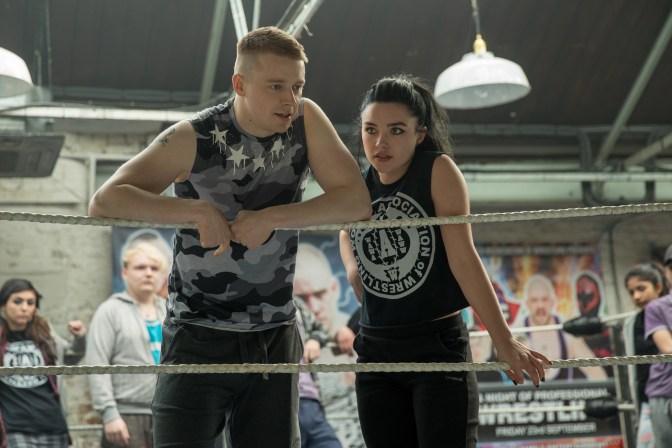 You can watch the full Paige interview in the video above, and her new biopic Fighting With My Family will premiere at the Sundance Film Festival on Monday. The movie is set for International and domestic release in March of this year.