Poor defense continues to haunt Wizards on the road 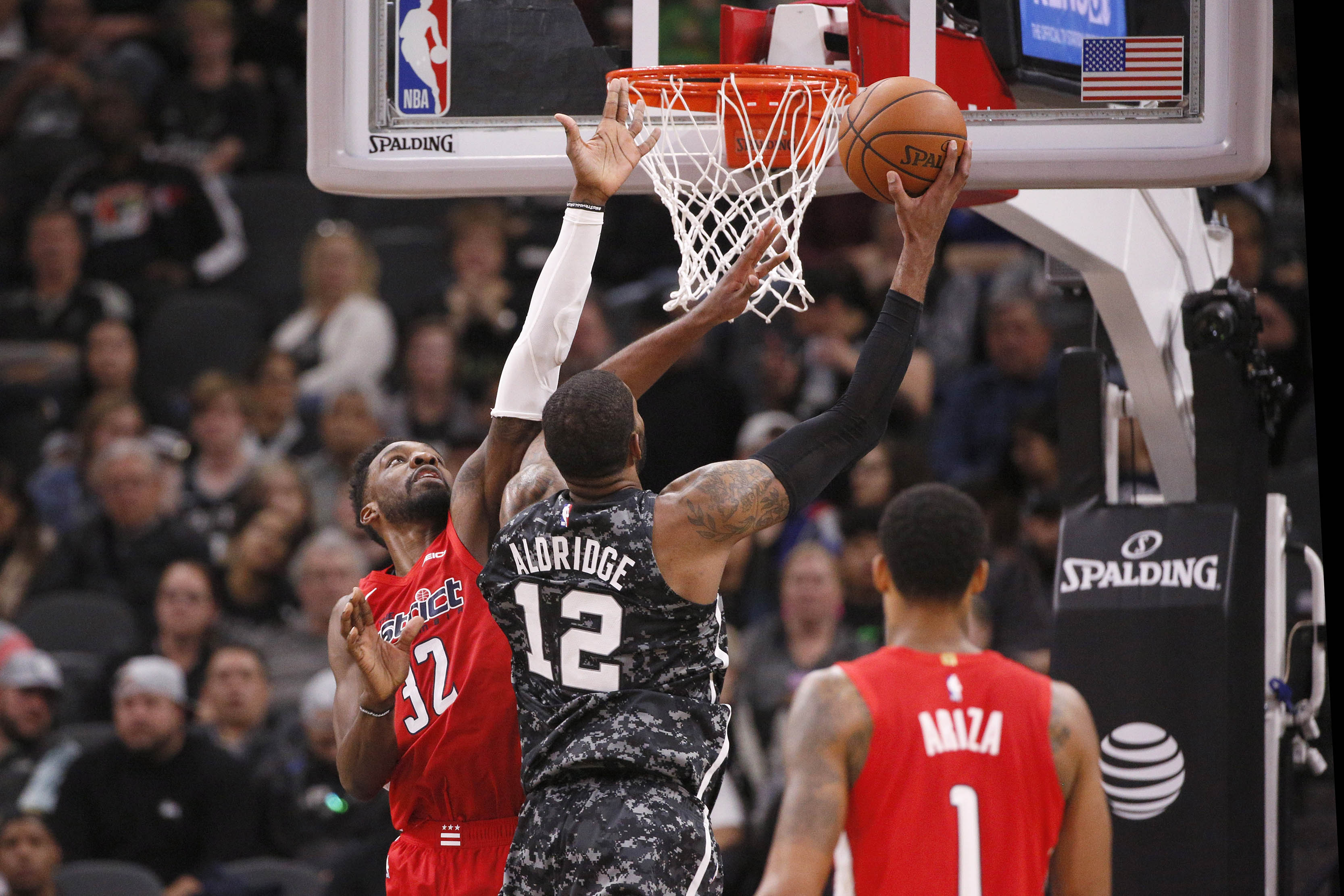 Poor defense continues to haunt Wizards on the road

The Washington Wizards won for the first time in Oklahoma City earlier this season so maybe they could end another streak in the Lonestar State by beating the Spurs in San Antonio for the first time since 1999. Well, maybe next year. Despite a season-high points in a quarter with 43 in the second, the Wizards still fell to the Spurs for the 19th straight time in Texas. Washington drops to 21-28 on the season and a miserable 6-19 on the road.

San Antonio was playing in their second game in as many nights so maybe they would have some tired legs that Washington would be able to take advantage of. Nope. The Spurs were also without their best guard in DeMar DeRozan so surely the Wizards would be able to keep his replacements under wraps. Nope. The Spurs scored 132 points, it could have been more if not for garbage time, on 57 percent shooting from the field including 16 three points on 47.1 percent shooting. Scott Brooks admitted that it was a poor game defensively all the way around whether it be closing out to shooters or moving their feet on catch and go’s. Davis Bertans is the best three-point shooter in the NBA and he was given too many open looks. All Bryn Forbes did in college was shoot the deep ball and he got open looks. Marco Belinelli is a known sharpshooter and he got open looks. Washington has a 114.5 defensive rating on the road, fourth worst in the NBA, which is more than six points worse per 100 possessions compared to their home rating of 108.3.

With Sam Dekker (back spasms) and Ian Mahinmi (right thumb sprain) out in addition to John Wall, Markieff Morris, and Dwight Howard as well as Gary Payton II and Devin Robinson, the Wizards had just nine healthy bodies available on Sunday. Two-way guard Jordan McRae did not get any meaningful playing time despite tearing it up in the G League. San Antonio won the scoring battle off the bench by doubling up Washington, 54-27. Bertans had 21 points, Patty Mills had 15 and 7 assists, and Belinelli had 13 for the home team. When Payton’s 10-day contract expires on Thursday, January 30, the Wizards would be wise to look for big man help. (Or they could let two weeks go by without signing anyone to save some money).

Despite the loss, the Wizards had arguably their best scoring quarter of the season on Sunday with 43 points in the second quarter. Washington shot 60.9 percent from the field including 7-of-13 from beyond the arc. Forcing San Antonio into four turnovers that were turned into 12 points was also positive. Tomas Satoransky had a strong game including 10 points, six rebounds, and three assists during the second quarter, while Jeff Green continues to shoot it well from three as of late with 3-of-4 makes in the second. Unfortunately for the road team, they could not keep on playing that way through halftime when they only had 17 points in the third quarter.

Next Game: The Wizards will travel to Cleveland to face the tanking Cavs on Tuesday.