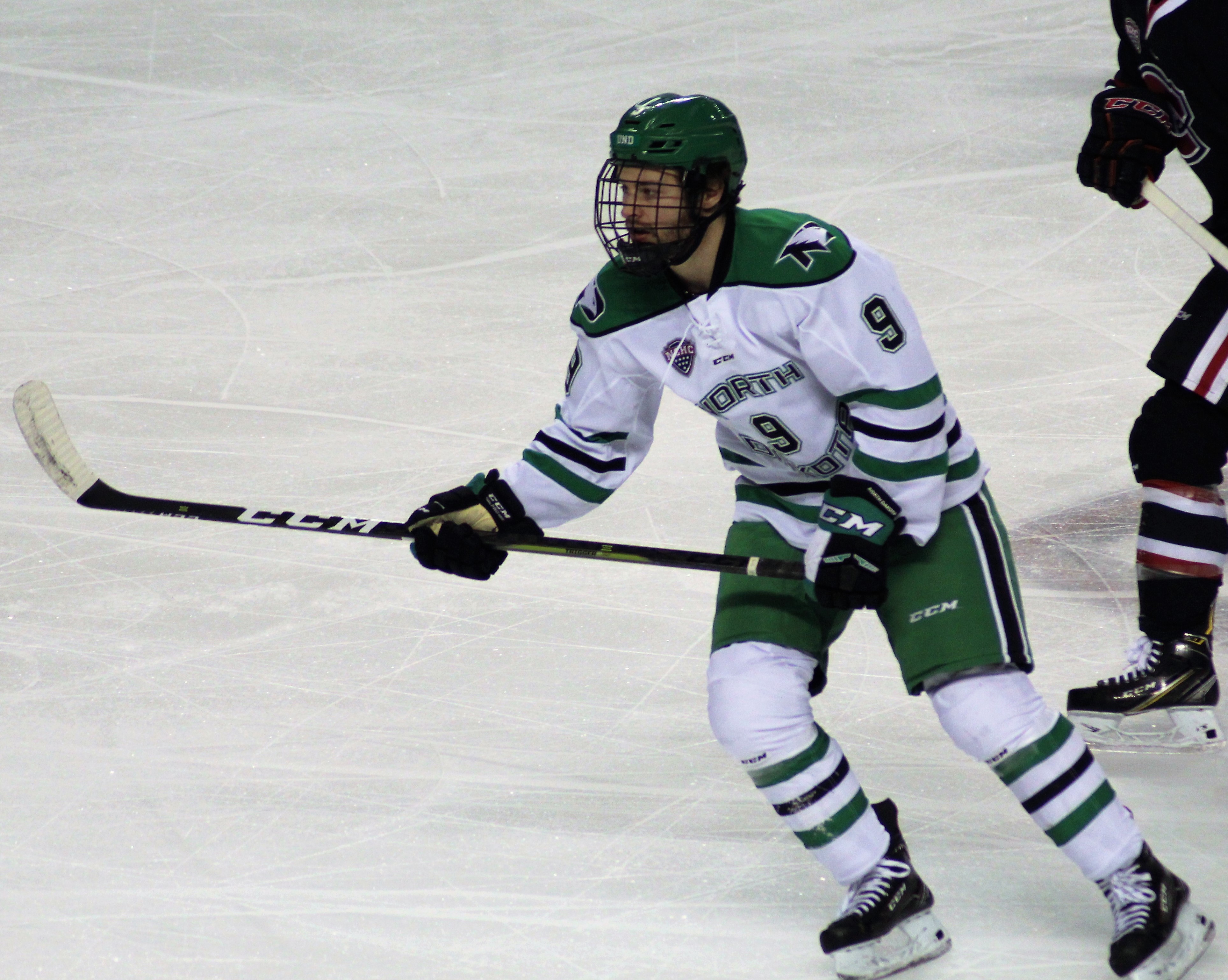 There are 10 National Collegiate Hockey Conference games remaining in the regular season. Sixty percent of the conference schedule is over and like Saturday’s on the PGA tour, it’s moving day. The next 10 games will make or break the University of North Dakota hockey team’s season.

After 25 games, UND is ranked sixth in the NCHC in goal scoring with 68 goals. That’s good for 37th in the nation. Looking at those numbers, they’re scoring 2.65 goals per game.

Currently, the Fighting Hawks are sitting in fourth place of the NCHC standings. Fifth place Denver has a game in hand due to a game that was rescheduled because of inclement weather. That game is rescheduled for February 26, 2019.

One of the remarkable things about Saturday’s win, UND scored five goals and the top line of Jordan Kawaguchi, Rhett Gardner and Nick Jones were held pointless. That’s not a misprint, they failed to record a single point on the score sheet. While the Huskies were able to contain the Hawks top line, they failed to stop the second and third lines.

Over the past two weekends, UND has gotten secondary scoring from unexpected sources. While the first line has been kept in check other lines have started to chip in points.

Other players are beginning to contribute on the score sheet.

“Well, that’s what you need to win games against good teams,” Berry said. “I think that line that you just mentioned with Gardener, Kawaguchi, and Jones they’re going to score. They’re going to get their chances to score.

“I think they had some good chances tonight; five on five and on the power play, but it takes the heat off them a little bit when you got guys that can do that. You look at Weatherby, Keane and Bowen’s line they contributed tonight, too. You need everybody to contribute to have a chance to win against good teams.”

This week, the Hawks travel to Denver to take on the Pioneers in a crucial two-game conference tilt.

In the last 10 games against the Pioneers, the Hawks hold the edge 4-3-3 (,550). Three of the last four games between the two teams has gone to overtime.