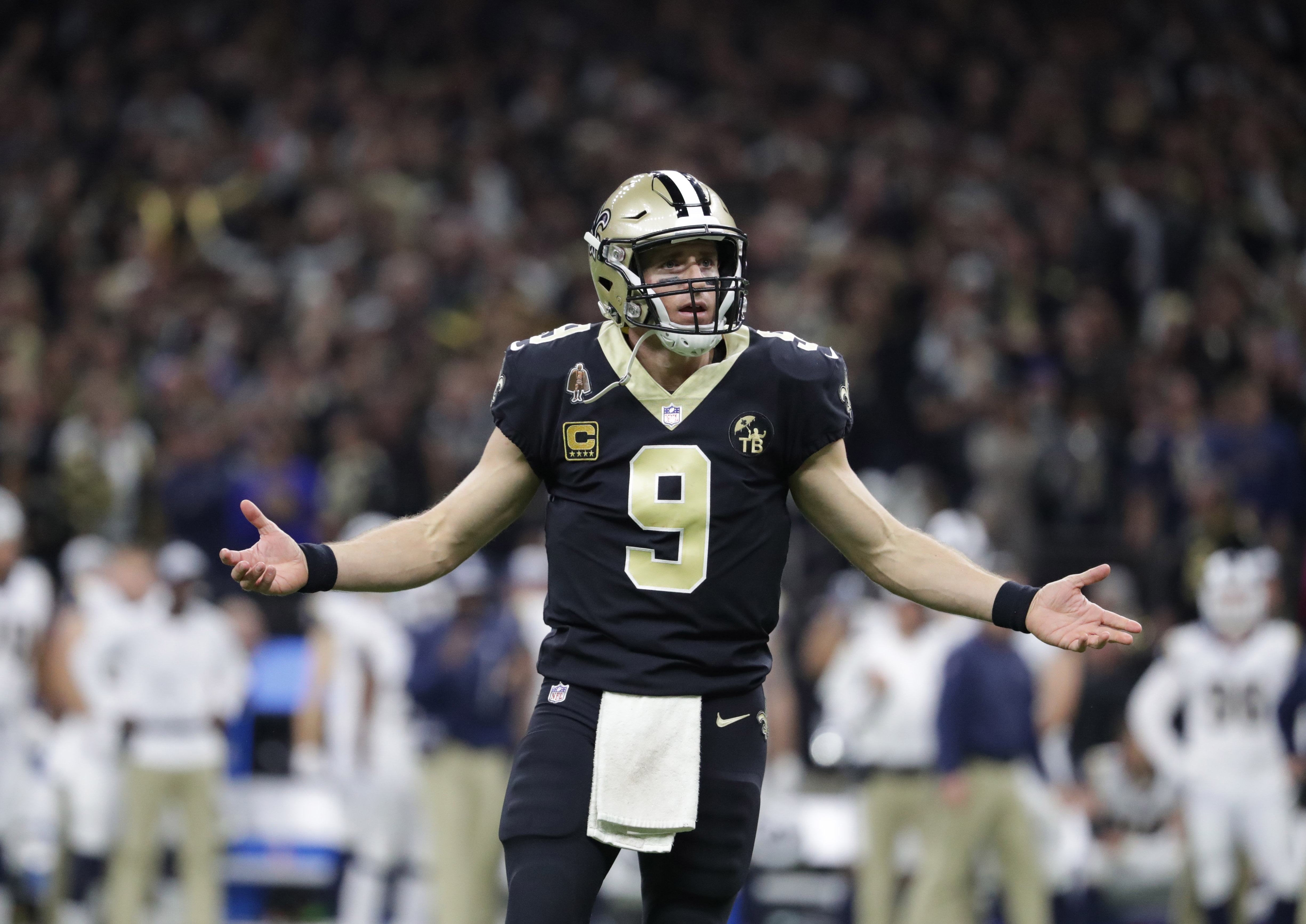 The Saints were one play away from punching their ticket to Super Bowl LIII in Atlanta roughly one week ago, but a missed pass interference call caused them to unravel, and they ended up losing in overtime to the Rams.

Fans clearly have not recovered from the blown call, and neither have some of the players — with Michael Thomas, Alvin Kamara, Ben Watson and others voicing their opinion about it on social media.

Everyone has been waiting for the team’s leader, quarterback Drew Brees, to weigh in about the issue, as he’s remained silent since after the game, which is understandable, given the magnitude of the call. That type of gaffe can affect his legacy, as well as Sean Payton’s.

Brees did speak to TMZ Sports on Monday, though, and he shared his thoughts on the issue, saying that “I refuse to let this hold us down.” He also sent a message to Saints fans:

“Some things within our control and some outside our control that caused us to fall short.”

“The longer I play I realize that we truly are one heartbeat with our fans. Our success is your success. Our disappointment is your disappointment. We are inspired by one another to accomplish things far greater than what we could ever do on our own.”

Lastly, Brees had high praise for the city of New Orleans, and Saints fans.

It’s great that Brees is beginning to look forward, toward the future, but it’s also fair to wonder if that’s the closest he’ll get to a Super Bowl again.