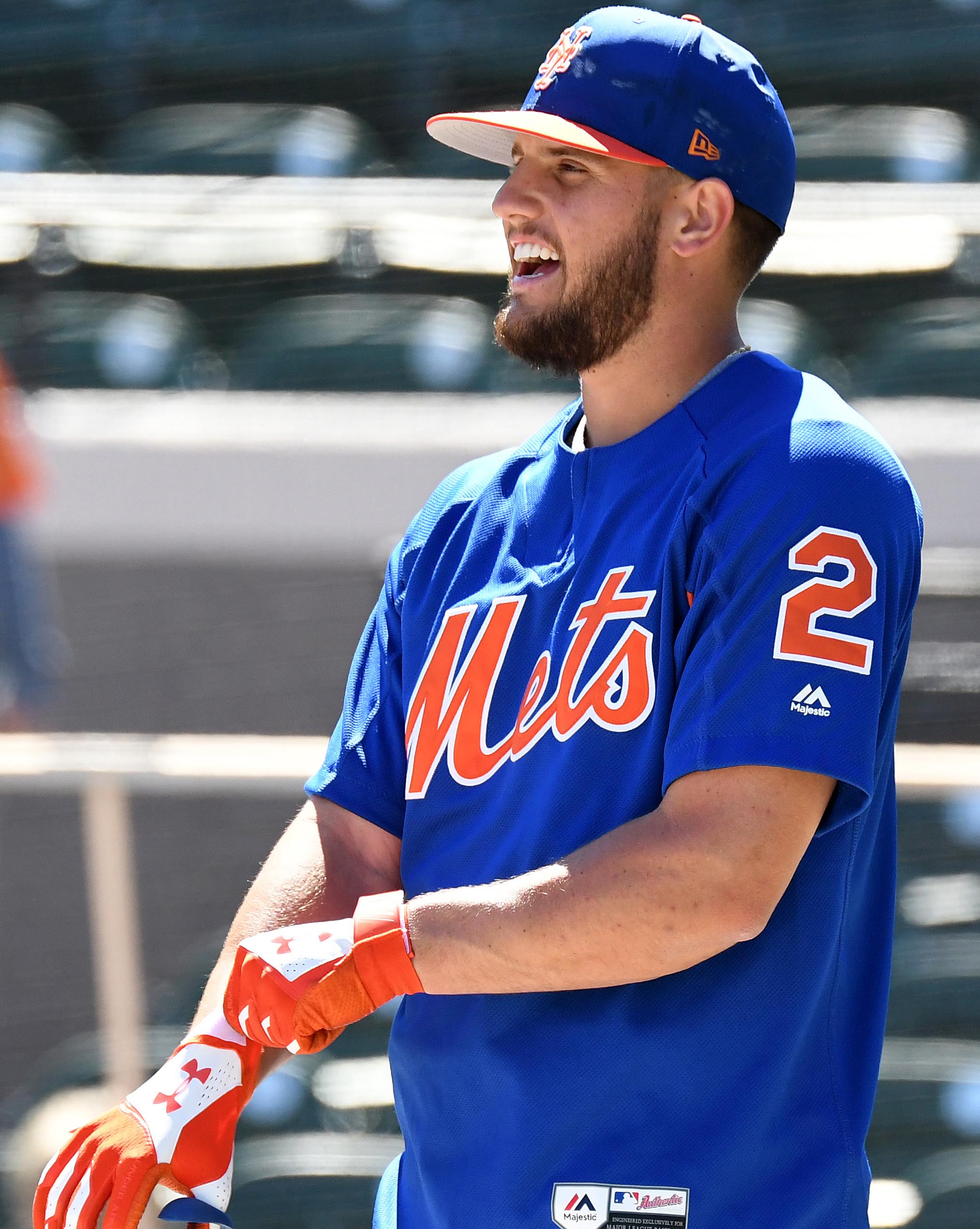 The New York Mets’ 40 man roster is currently full, which is a slight issue since the team has reached a two year deal with relief pitcher Justin Wilson. Wilson will be on the Mets’ roster to help out from the left side of the bullpen, so the Mets will need to clear a 40 man roster spot for him in order for the deal to become official. That hasn’t happened yet, so let’s speculate on some possible cuts to make room for Wilson (note that the Mets can’t place Yoenis Cespedes on the 60 day disabled list until the end of spring training). The top candidates are:

IF Gavin Cecchini: Cecchini, the Mets’ first round pick in 2012, has had an underwhelming pro career to say the least. The Mets don’t really have room on their active roster for Cecchini after adding Robinson Cano, Jed Lowrie, and J.D Davis to a crowded group of infielders. Cecchini also didn’t do much in AAA, hitting .294 with two homers and nine RBI’s in 30 games, and missed a ton of time with injuries. The Mets currently have 10 infielders on their 40 man roster without Peter Alonso, so Cecchini could certainly be the odd man out.

SP Drew Gagnon: Gagnon was the Mets’ Sterling Award winner for AAA Las Vegas last season, but that speaks more to the complete lack of pitching talent in the upper levels for the Mets. The Mets did give Gagnon a spot on the big league roster in September and he was decent, but he is expendable given the amount of depth starters the Mets imported over the winter.

RP Jacob Rhame: Rhame spent most of last season on the Las Vegas shuttle and wasn’t very effective in Queens, going 1-2 with a 5.85 ERA in 30 appearances. The Mets acquired Rhame in a waiver trade back in August of 2017, but the new regime has no attachment to him so they could opt to move on.

RP Tim Peterson: Peterson was a surprise addition to the active roster last summer and got off to a quick start before getting overworked by Mickey Callaway. The Mets have plenty of young relievers in the organization and Peterson doesn’t have overpowering stuff, so it could make sense to try and sneak him through waivers in order to retain Peterson’s rights.

RP Paul Sewald: Sewald had a decent 2017 for the Mets, pitching to a 4.55 ERA in 57 appearances, but 2018 wasn’t so kind to the righty. In 46 outings last season, Sewald went 0-7 with a 6.07 ERA and was used in mop up duty in the second half. The organization thought highly enough of Sewald to refuse to include him in a trade for Jason Kipnis last winter, so there are Sewald fans in the front office. How many of them remain in Brodie Van Wagenen’s regime remains unclear.

The safest bet for the Mets would be to try and sneak Gagnon or Peterson through waivers, but don’t be surprised if Cecchini is the one to get cut. The Mets will need his 40 man roster spot eventually, so they may opt to try and push a more promising player through waivers now while the free agent market is flooded with position players. Either way, expect resolution soon.