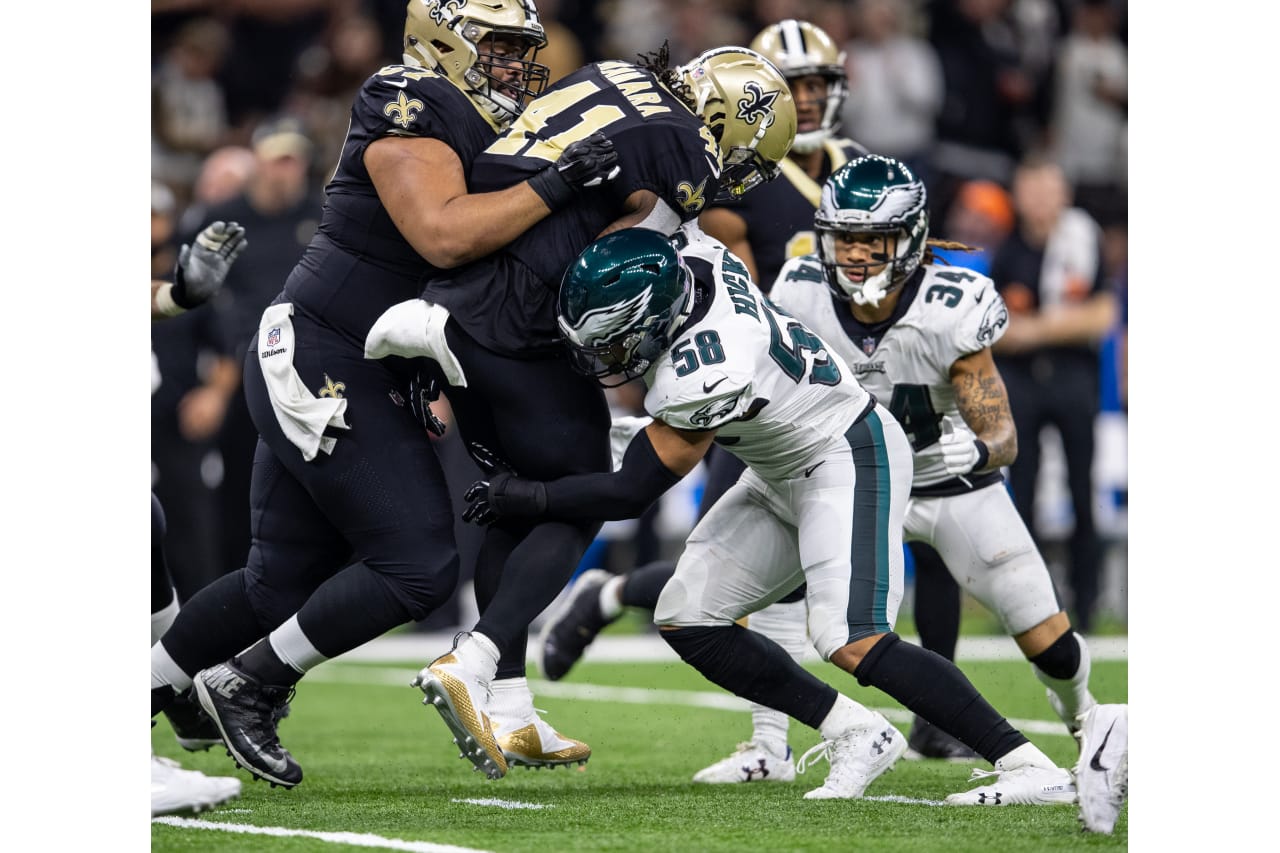 It finally happened— the NFL Pro Bowl devolved into a total joke shared by all…well, almost all.

The only grumpsters after the game were Pittsburgh Steelers receiver JuJu Smith-Schuster and Los Angeles Chargers receiver Keenan Allen. They both left the game with bruised knees. Neither was considered serious, although Smith-Schuster was limping on the way to the bus and declined comment. Allen caught four passes for 95 yards before sitting out.

Every other player was laughing on their way to the bank. Winning AFC players got $67,000 each for their “victory”, $8,000 more than the guys who lose the Super Bowl next week in Atlanta. The Pro Bowl losers from the NFC got $39,000 each.

Good thing you and I didn’t buy tickets to the actual game in rainy Orlando. We would have wanted our money back, as the slopfest quickly degenerated into a goofball audition for the Gong Show.

Several players swapped offensive and defensive positions during the annual all-star game. One pulled out a cellphone between plays. “Who cares, man?” New York Jets safety Jamal Adams said. “At the end of the day, we’re like little kids out there just playing in the mud, playing in the rain.”

Real football fans are learning to hate the Pro Bowl for what it has become—a shameless money-grab by players and sponsoring networks whose regard for the intelligent NFL consumer has reached an all-time low.
*   *   *   *   *   *   *   *   *   *   *
One selfish reason EYE wanted the Eagles to get to the Super Bowl this weekend was to see Jordan Hicks rise to the occasion and go out with a bang.

Jordan Hicks has been in the NFL for 64 regular-season games. He has played in 43 and missed 21.

Hicks played every snap in the first nine games of the 2018 season. He played every snap of the first three quarters in the 10th. But in the fourth quarter of a 48-7 loss to the New Orleans Saints in Week 11, Hicks suffered a calf injury. He missed four games before returning. And now, he’ll open a period of uncertainty when free agency begins in March.

“We’ll see what happens, man,” Hicks said two weeks ago as the Eagles cleaned out their locker after another loss in New Orleans. “Honestly, this place is home. … Hopes and whatever I want doesn’t really matter at the end of the day because you want to be somewhere that you’re wanted, and you gotta see your market and figure out what is to come. And so like you said, a lot of uncertainty and a lot of different things could happen. I love this place, I love Philly, I love the people here. I love this team, the guys on this team.”

The 26-year-old entered the NFL as a third-round pick of the Eagles in 2015. He saw the end of the Chip Kelly era and the franchise’s rise under coach Doug Pederson. And along the way, he came to embrace the city.

Hicks’ free agency could take a number of shapes. He could return to the Eagles on a team-friendly deal. Another franchise could lock him through the rest of his prime with a lucrative contract. He could sign a one-year deal somewhere and then go through the process again next year with the hope of proving his value.

When he’s been on the field, Hicks has shown he’s an athletic playmaker at linebacker. He was Philadelphia’s every-down linebacker. Hicks had five interceptions in 2016, and he had 85 total tackles at the time of his injury this season. He called the calf injury “pretty significant at the time” and said he made it back on the field on the early end of the recovery timeline that doctors set for him.

If Hicks moves on from Philly, add middle linebacker to the list of NEEDS for personnel reinforcements in 2019. Jimmy Kempski orders the priority of positional needs like this: (1) Defensive tackle, (2) Defensive end, (3) Wide Receiver, (4) Cornerback, (5) Running back. He doesn’t have Inside linebacker on that list, so maybe he knows Hicks is going to get a deal from the Eagles. But I would be shopping for linebackers just in case.