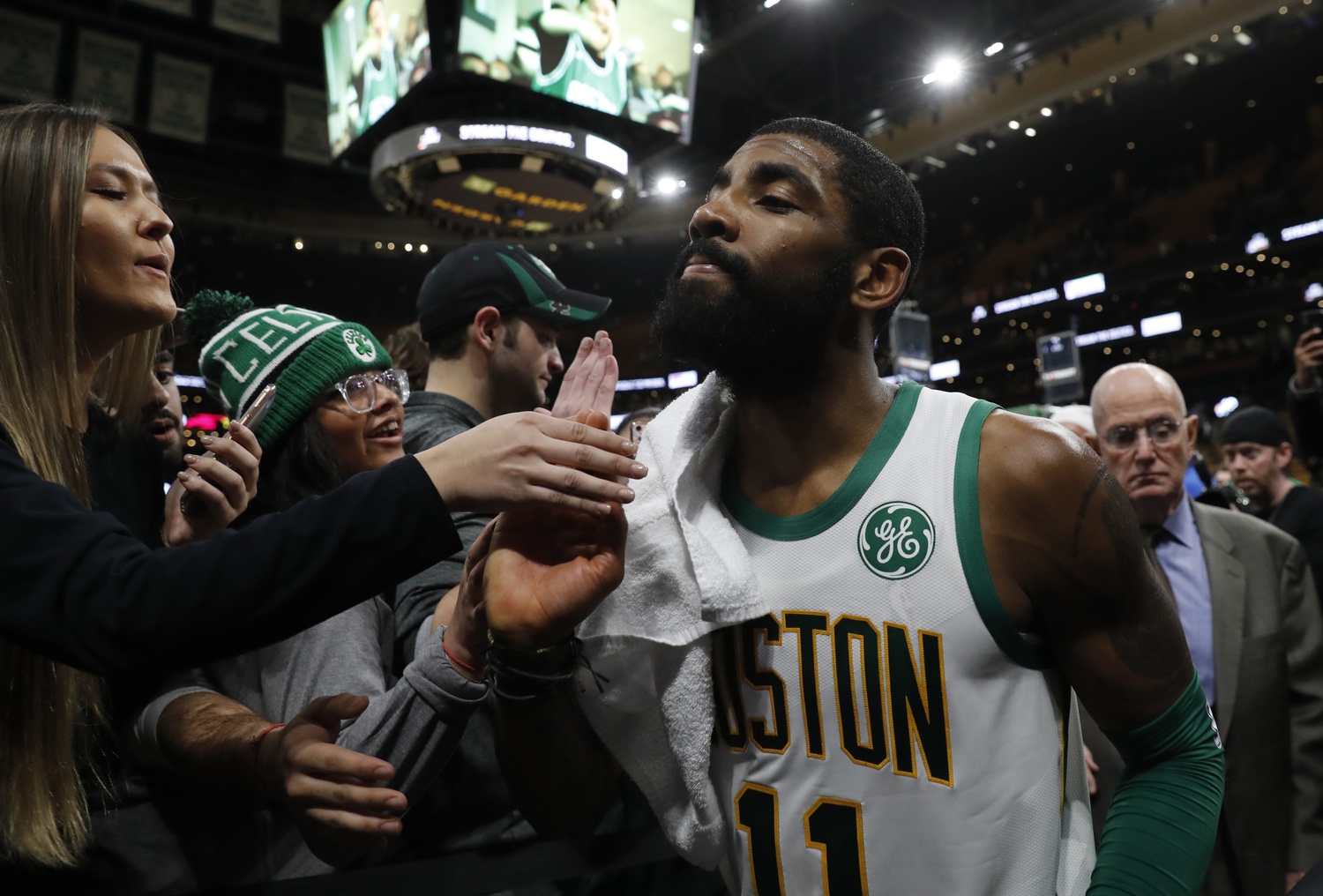 The takes are coming in hot today. Here’s a scorching report from Yahoo’s Chris Haynes:

Regarding team preferences, Boston is not a top target for Davis, sources said. There’s a growing belief of uncertainty that Kyrie Irving will re-sign with Boston, sources said, even though he vowed to do so at the beginning of the season.

Huh? You’re trying to tell me this guy:

is having second thoughts about re-signing in Boston?

Hold on a minute, I recognize that smell. It’s…. posturing and it’s emanating from Davis’ agent Rich Paul.

Let’s be crystal clear – Paul wants AD on the Lakers with LeBron James and he wants it ASAP. I’ll defer to @dangercart who deftly explained this logic on Twitter:

Considering that the Celtics couldn't trade for AD until after Kyrie has functionally made up his mind, I don't see how being unsure if Kyrie wants to stay would actually be relevant to the Celtics acquiring AD.

It's obviously posturing, which is still important to understand.

Also if you're reporting that there's uncertainty about Kyrie re-signing but not also saying that you're hearing noise around the Celtics trading him, you can infer that the Celtics don't think there's as much uncertainty.

And here are a few other hot takes from around the NBA:

David Aldridge: The Celtics are much more appealing to AD if Kyrie re-signs, but “if Irving isn’t there, it wouldn’t definitely be a deal-killer to Davis staying in Boston, from what I hear.” https://t.co/aBuRsdOkEJ

Via Tom Haberstroh of NBC:

“Ainge will do what he can, but I don’t think AD wants to be there,” said one Eastern Conference executive.

We’re one day into this and I already have a migraine.