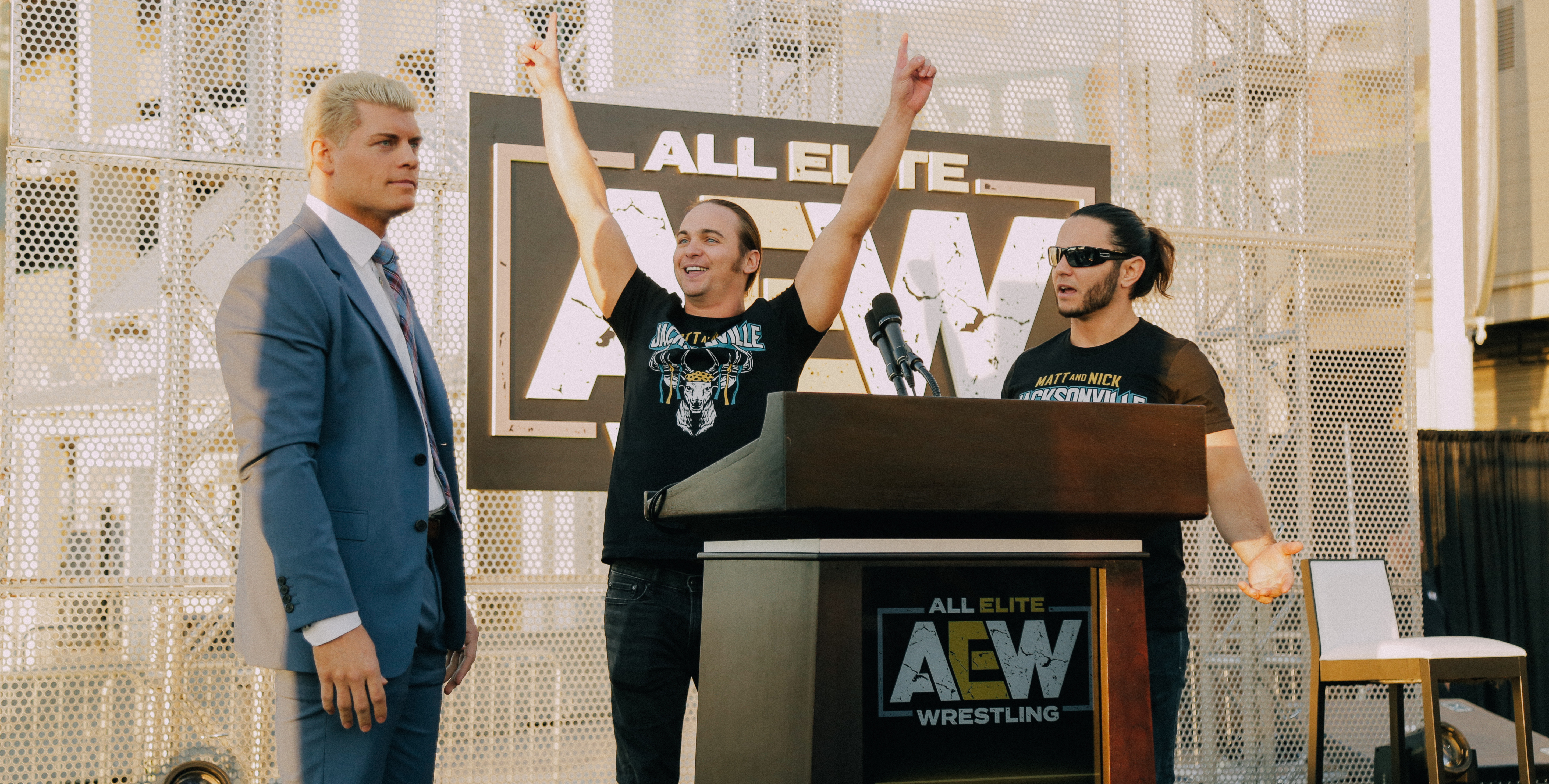 WWE certainly has taken notice of All Elite Wrestling, the new promotion from Cody Rhodes and The Young Bucks which already boasts names such as Chris Jericho and Hangman Page.

The promotion, which was announced on New Year’s Eve this year, could become potential competition for WWE, especially if it can land more stars such as Kenny Omega, and sign a TV deal putting their eventual show on a network like TNT.

When AEW launched several weeks ago, merchandise was immediately made available, and fans have been showing their support for the new promotion by sporting items such as AEW t-shirts.

During the Royal Rumble PPV on Sunday night, WWE continued to enforce its rule that merchandise promoting other companies would not be allowed at live events, as security can be seen in the video below forcing a fan to change his AEW shirt.

The Young Bucks responded to the fan being forced to change his clothes as seen below:

Let it be known that if you wanna wear a WWE shirt at Double Or Nothing or any AEW related event we won’t do this to you.

Bummer to see this. Hopefully he still has a good time tonight.

On another Kenny Omega note, it looks like it’s becoming much clearer where the former NJPW IWGP Heavyweight Champion will end up, as the latest episode of Being The Elite features a countdown clock on Omega’s phone, teasing Omega will end up announcing his AEW signing when his NJPW contract expires.

Omega has ten days left on his NJPW deal, and when it expires he becomes an unrestricted free agent in pro wrestling. “On the latest episode of Being the Elite, Kenny Omega found his phone and it has a countdown clock on it,” noted a post on social media. “The countdown clock ends in about 10 days.
The AEW Las Vegas pool party is also in 10 days.”

Should Omega sign with AEW, the company could become the hottest new place to work, with Omega having previously turned down major offers from both WWE and Impact Wrestling. Other stars, including Hangman Page and Chris Jericho, turned down offers from WWE before AEW announced it had launched, offering yet another creative outlet for talents who might be deciding their futures.