A Hopeful Plan for the Tribe after a Lackluster Off-Season 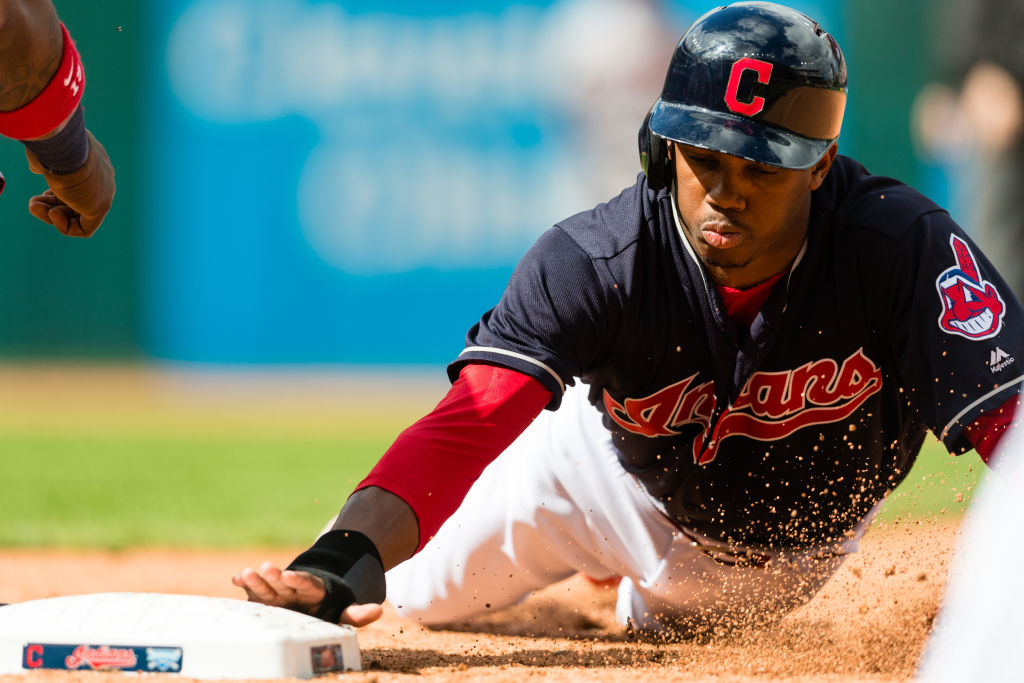 A Hopeful Plan for the Tribe after a Lackluster Off-Season

As an Indian fan, this has been a tough off season. The Indians let a number of talented players leave though free agency. They have also traded away some very talented players as well. You know all the names of the players that are no longer with the team so we don’t need to go over that painful list again.

The question that we all want answered is what are the Indians going to do with what’s left of the off season. Who will they add to the roster? What if management had decided that they are completely done making moves? No more money will be spent on this team until the trade deadline.  No free agents. No minor league contracts with the invite to spring training.  No trades, no nothing. This is our team, make it work.
The team would obviously look much different than what they have fielded the last couple of years. Management would have to do two things in order to give themselves a chance at being successful, if they have decided to count on internal growth for any improvements we make the next couple of months and continuing into the regular season.
First, the front office would have to be more aggressive in promoting prospects throughout the minor league system. In previous seasons they have been very conservative when promoting young players. Secondly, Terry Francona needs to put his trust in the younger prospects that we use to fill the gaps on the major league roster.  Francona likes veterans.  In this situation the number of veterans would be limited.  Francona would be forced to trust a number of younger players.
Let’s start with the pitching staff which is generally set with Corey Kluber, Carlos Carrasco, Trevor Bauer, Mike Clevinger, and Shane Bieber. If a sixth starter is needed there are Adam Plutko, Cody Anderson and Danny Salazar.  However, Salazar is still not healthy and I have a feeling Anderson is going to end up in bullpen.  This is where management must be aggressive and Francona has to trust whomever management calls up. If Plutko falters, Triston McKenzie is an obvious possibility. Someone like Shao-Ching Chiang could be a possibility as well. He pitched for Columbus last year and seems like he is close to being ready for his next challenge. If not Chiang there are a number other starting prospects that we may have to use for a start or two if there are any injuries or fatigue to deal with.
The bullpen is really tricky without any outside improvements. After Brad Hand there are a lot of questions. Is Adam Cimber any good? Can Dan Otero regain his form? Is Nick Goody healthy and can he pitch? If Danny Salazar gets healthy can he pitch out of the bullpen. Can Cody Anderson make a positive impact on bullpen. After that the Indians need to be willing to try a Nick Sandlin, Chin-Wei Hu, James Karinchak or even Robert Broom.  All of these pitchers have various levels of experience and different strengths that we could possibly use in the bullpen.
The lineup, especially the outfield could be challenging as well if they bring no one else in. The current plan is to put Jason Kipnis back at second in this scenario, however, if he struggles Cleveland has to be willing to give Yu Chang a shot. He has progressed well through the system and dominated the Arizona Fall League at the end of last season. He seems ready for a big league job no matter what. The more he hits the more he plays.
In the outfield it’s going to take a lot of faith and patience. In center field I would expect Leonys Martin to come back with a career type of year after his bout with serious illness last year. In left field, it will likely be Greg Allen to start the year. Defense and speed still can play a giant role on this team.  Allen has improved every year. Hopefully the way he played the last six weeks or so of last season are a preview of what’s to come. In right field the duo of Tyler Naquin and Jordan Luplow can platoon. Hopefully Naquin fixed the hole in his swing while he was on disabled list. Luplow could be set for a breakout season after getting his feet wet in Pittsburgh. Basically the four of them can divide the outfield at bats based on match-ups and how well each guy is playing.
If they have to go to minor leagues possibly Conner Marabell could help. He’s not exactly a prospect but Brandon Barnes had a terrific year for Columbus last year and has been resigned for 2019. Sometime this summer Bradley Zimmer should be ready to play. Hopefully he can live up to the hype and become a factor in the outfield also.
We know what the Indians have in Francisco Lindor, Jose Ramirez, Carlos Santana and the starting staff. Without any external additions to the roster they must count on the improvements of their younger players to close the gap between us and other playoff caliber teams in the American league. It seems a little ridiculous or unrealistic. However if the choice is developing some their own young prospects or filling the lineup with marginal veterans, I would choose the youngsters every time. They are cheaper, hungrier and we don’t know what their ceilings are yet. Let’s get spring training going and see what these guys can do.