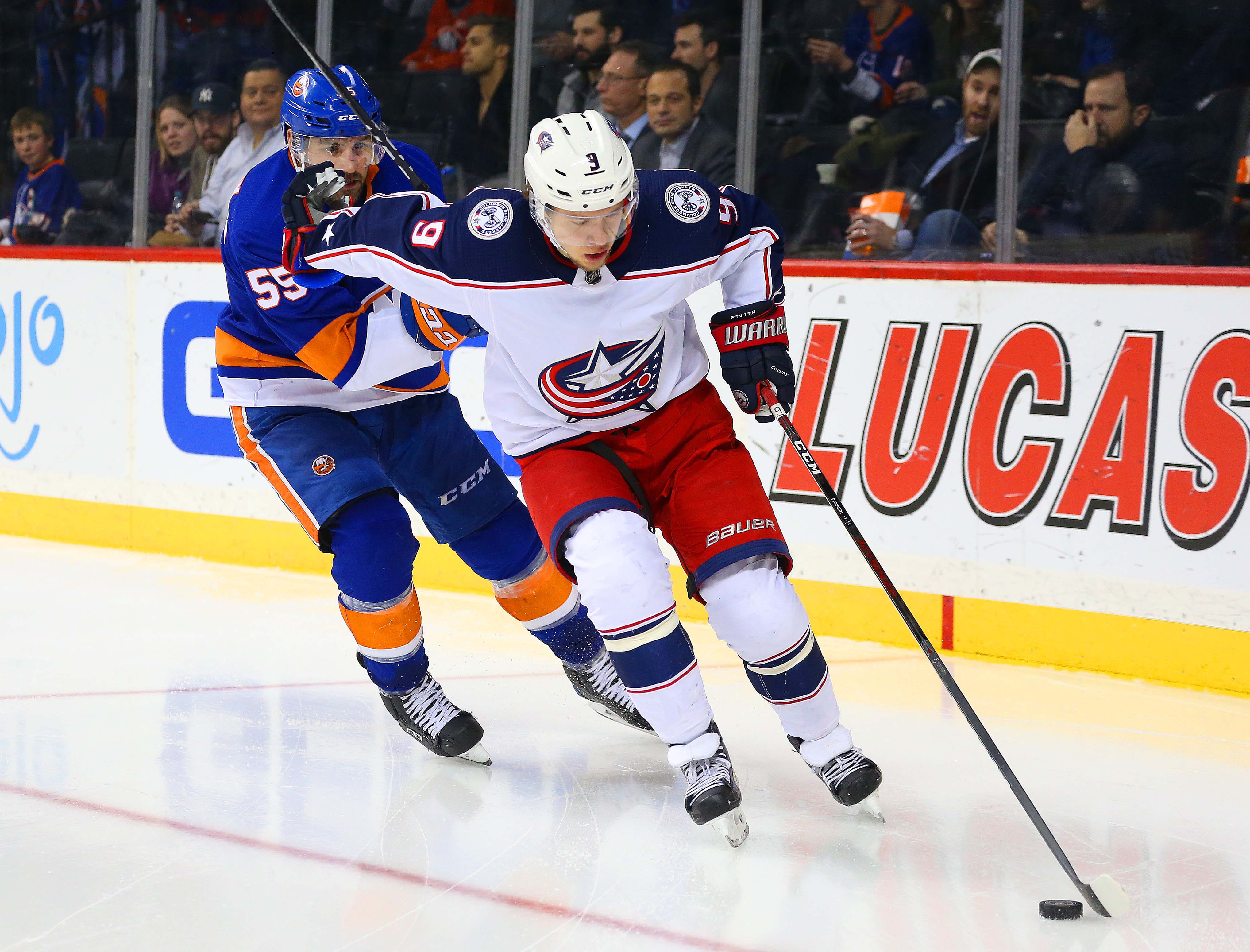 Sorry to be the party pooper, but don’t expect the Islanders to land Artemi Panarin before the NHL trade deadline.

As things continue to digress between the Columbus Blue Jackets and their star forward, the idea of bringing Panarin to the Isles this season has begun to pick up steam. A comment from NHL insider Darren Dreger during a hit on TSN 1050 on Tuesday has further titillated fans imaginations.

“So I’m looking at the Islanders – I think Panarin would love to play with Mat Barzal,” Dreger said, according to Chris Nichols, while discussing possible landing spots for Panarin. The 27-year-old will likely be traded from Columbus after his agent announced on Monday that he would not discuss a contract extension until after the season.

The Islanders could certainly benefit from the addition of a top-six forward like Panarin. He is a consistent player who has never finished with fewer than 74 points in a season.

Panarin has 53 points (19 goals, 34 assists) entering Tuesday’s game against the Buffalo Sabres. Panarin was greeted by boos from the Columbus fans at the beginning of the game.

On paper, the Islanders check a lot of boxes when it comes to Panarin. They have plenty of cap space to re-sign Panarin, they’re (technically) in a big market and they’re a playoff team.

They also have the pieces that could pull off a trade with the Blue Jackets.

However, there’s a reason why The Athletic’s Arthur Staple listed Panarin on “The pipe dreams” section of his list of potential trade deadline targets for the Isles. One of the big reasons being that the Blue Jackets currently sit in third place in the Metropolitan Division and are four points behind the Islanders.

The two teams could be potential playoff opponents as well.

In a league that is not well known for teams in the same division to make deals — especially two teams in the playoff hunt — it would be unlikely it happens here. And Blue Jackets general manager Jarmo Kekalainen said on Tuesday that his team wouldn’t just take the best offer for the talented Panarin.

“We’re going to have to weigh the decision in front of us, as far as what’s out there in the marketplace,” Kekalainen said, via The Athletic. “The example from last year … we had offers for (pending UFAs) Jack Johnson and Matt Calvert and we decided to keep them, because we thought that’s what’s best for our team in the short term, and the long-term benefits of trading them weren’t good enough. It’s the same way in these situations.”

The Islanders shouldn’t be afraid to make a move at the trade deadline, and by all indications they will likely do something, but it probably won’t be the blockbuster deal to bring Panarin to New York.

That doesn’t mean acquiring him via free agency is that crazy of an idea though.