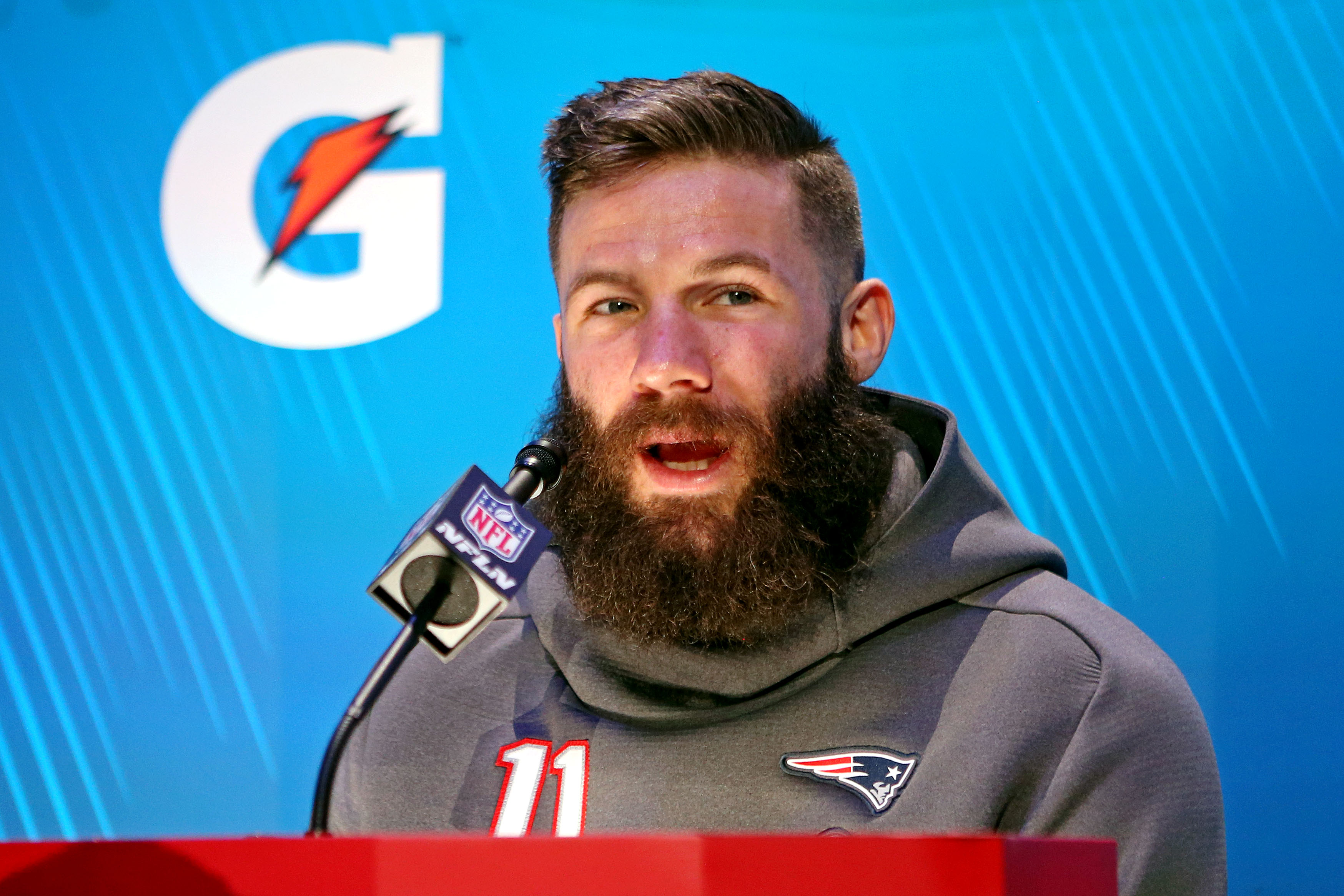 Patriots receiver Julian Edelman has come up big nearly every time he’s been called upon during the team’s 2018 playoff campaign — in addition to basically every postseason game he’s played in, for that matter.

Edelman was especially great on third-and-long scenarios in January, hooking up with quarterback Tom Brady to move the chains when it mattered most — especially in the second half of games. He’s caught 16 passes for a whopping 247 yards in two playoff games this season, heading into an intriguing Super Bowl LIII matchup with the Rams.

It’s been business as usual for Edelman, who some analysts are already labeling as the best postseason receiver of all time. He shared some thoughts with us at Super Bowl Opening Night on how he’s adapted his game over the years to attack opposing defenses, and also which NFL receivers he’s learned from.

#Patriots WR Julian Edelman says he's always adapting/changing with the times to be effective. Also talks about who he's modeled his game after. pic.twitter.com/TZ1w5Up8l1

Edelman will likely play a big role in Sunday’s game, and figures to be a major focus for Wade Phillips and Co.