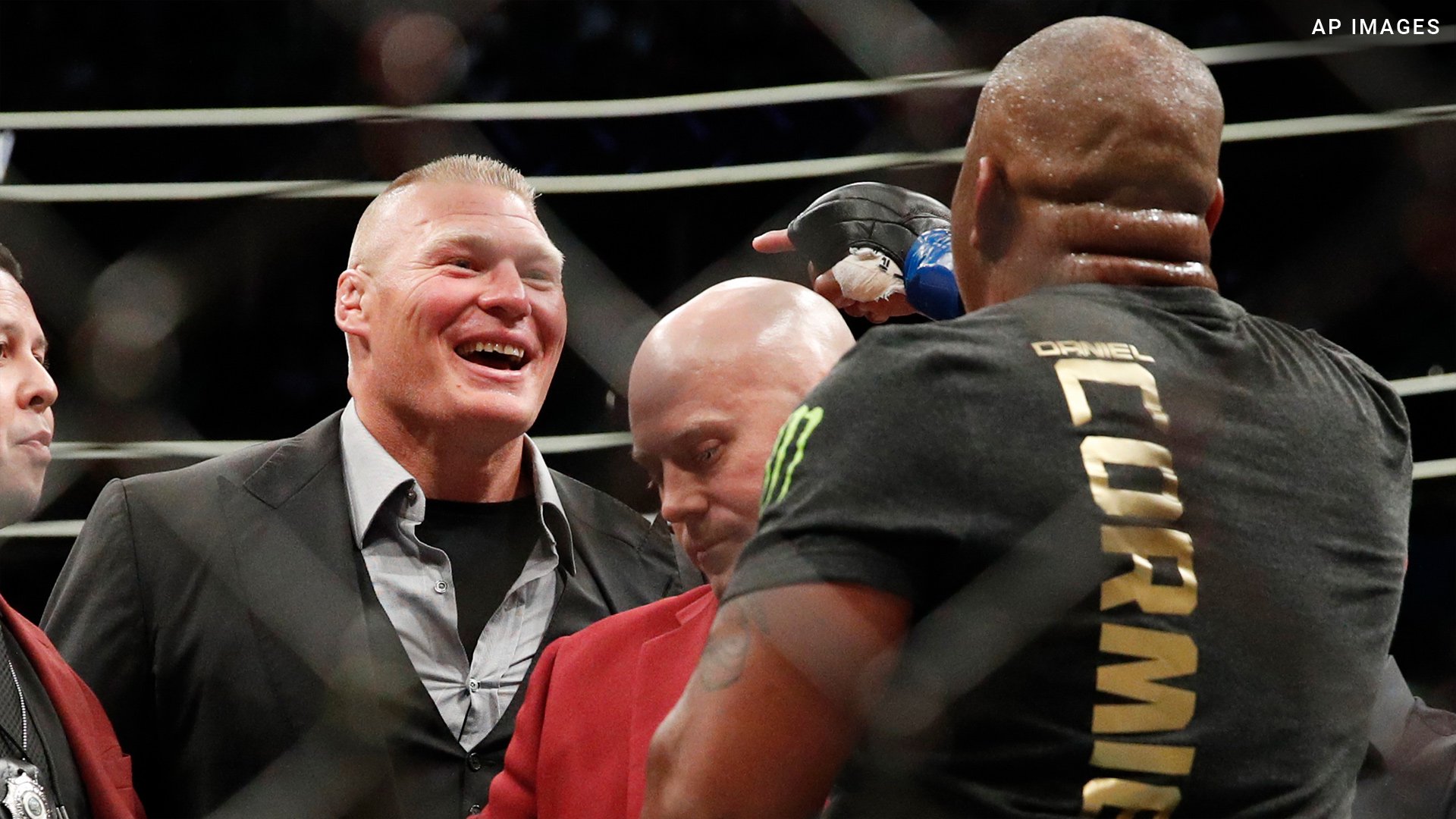 This past Sunday, Seth Rollins outlasted 29 other Superstars to win the 2019 Royal Rumble. He followed that victory up by taking six F-5’s from Brock Lesnar the next night on Monday Night Raw, making their Universal title match at WrestleMania 35 official.

Of course, many fans could already be asking the same question they were when Finn Balor challenged Lesnar at Royal Rumble. How exactly is Rollins going to accomplish the feat of taking out the Beast Incarnate?

One way to position Rollins as a viable challenger could be by including current UFC Heavyweight champion Daniel Cormier in the program. Of course, this might go against conventional booking for Vince McMahon, but it could make a great deal of sense and bring a bevy of new viewers for the biggest show of the year.

Following a knockout victory over Stipe Miocic at UFC 226 last July, Cormier was immediately confronted by Lesnar, the former UFC Heavyweight champion. The two had a heated exchange and immediately, fight fans wanted to see the two locked in a cage.

Whether or not that fight ever happens remains to be seen, but Cormier’s potential involvement at WrestleMania could be quite good.

Cormier admits to being a huge wrestling fan and what’s more, he is great friends with Seth Rollins. Back at WrestleMania 31, Cormier freaked out when Rollins cashed in his Money in the Bank briefcase to win the World Heavyweight Championship.

Cormier addressed Lesnar following his win over Miocic and even said that if the WWE ever asked him to be part of the show, he would do it. You can catch that at the 5:35 mark of the video below:

WWE and UFC are no strangers to one another. Both companies have had several stars cross over from one platform to the other, most notably Lesnar and current WWE Raw Women’s champion Ronda Rousey.

Dana White, the President of UFC, has always denied that his company is on the same wavelength as WWE. But the two world’s have become closer and closer together in recent years and he, being the businessman that he is, has to see the money in this idea.

If Cormier comes to WWE to work a short program and potentially help Rollins defeat Lesnar at WrestleMania, it could potentially lead to many more pay-per-view buys the next time “DC” fights.

In addition, it would help provide a believable way for the nearly unstoppable Lesnar to get beat. Unless of course, you believe that Rollins can beat him with his Curb Stomp.

If WWE could accomplish all of this while UFC could also help set up a future Heavyweight title fight which would likely easily shatter their top-selling event in history, why wouldn’t they?