Your Morning Dump... Where we take a deeper dive into the AD sweepstakes 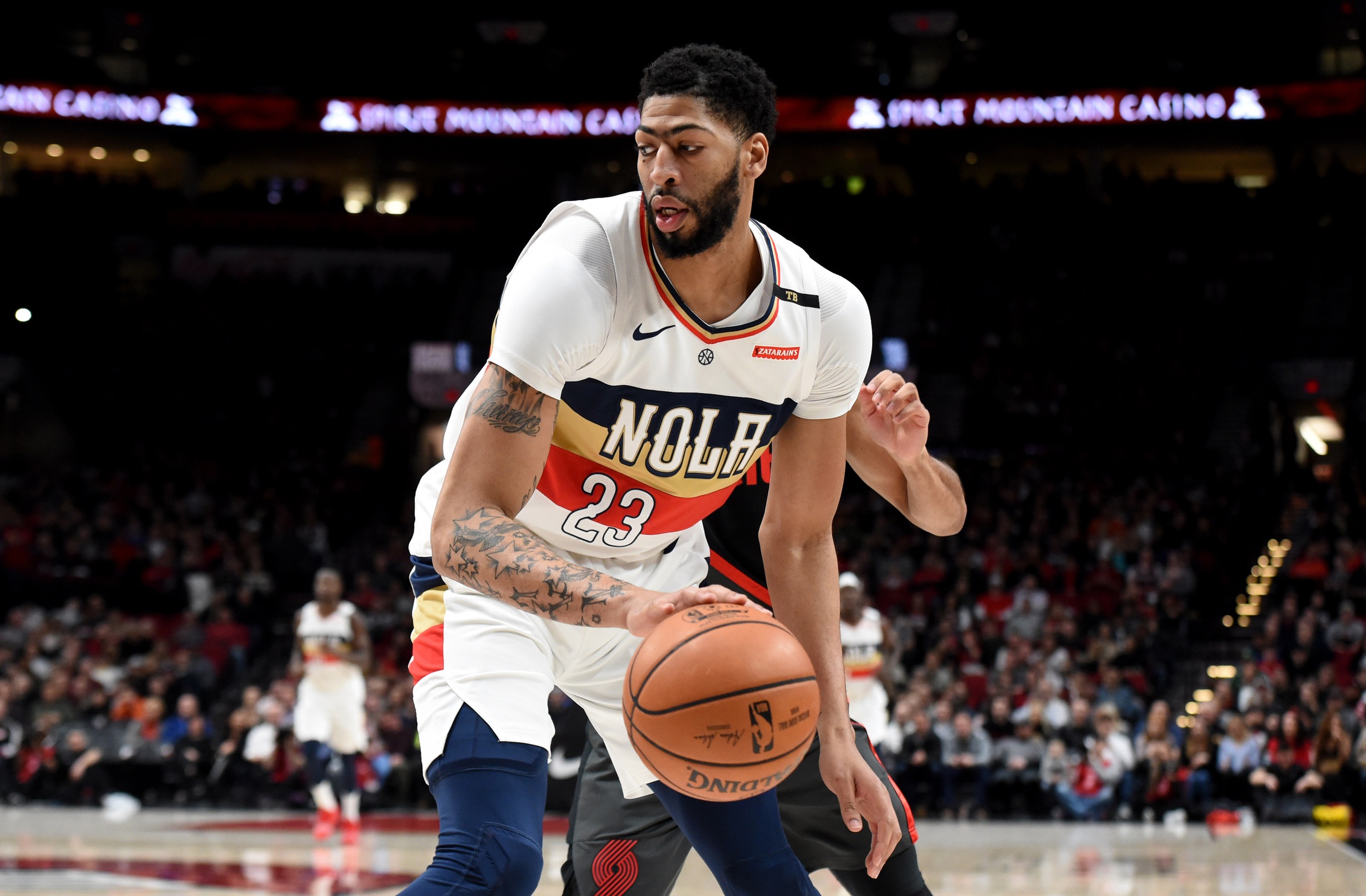 Your Morning Dump... Where we take a deeper dive into the AD sweepstakes

The Pelicans have to do something because current management has stuck them in the lower-middle class of the NBA — they don’t have the assets needed to get better, and Davis is their best asset for launching a rebuild. Sacramento is in almost the same situation as New Orleans, but the Kings are still in denial about it.

Did I just quote myself from two and a half years ago? You bet I did.

When you make a guess this well, you get as much mileage out of it as possible.

Frankly, the context I’ve excluded from that quote shows that I didn’t guess as well as I’m making it seem.

Still, as far as I know, I was one of the first guys to toss out the Celtics/AD idea.

Are the Celtics going to land Davis?

For one thing, the Celtics would have to give up a lot of what they have to get Davis. Granted, what they have has underperformed for much of this season, but you never, ever, ever sell low. There’s also a question of how much of the team’s depth and future should be sacrificed to land one admittedly world-class player.

The Celtics team that Ainge built in 2008 was built with a short window of contention, this team is not. There’s a different calculus in play. The Celtics can make the league’s best offer for Davis, period. No other team has the Celtics’ combination of talent and draft picks

Again, I doubt it. If, from my vantage point on the sidelines, I see red flags with Rich Paul, I’m sure the Celtics’ brain trust sees them even more clearly. Paul’s marquee players specialize in drama (LeBron, John Wall, J.R. Smith, Tristan Thompson, Ben Simmons), and Paul has never, ever been afraid of using his connections to LeBron as leverage. Do the Celtics want to trade a huge chunk of their future for a guy whose agent is going to be filling his head with nonsense?

The AD situation is a prime example of the sort of drama that seems to swirl around Paul’s clients: Kyrie Irving requested a trade from the Cavs in the off-season. AD requested a trade in the middle of the season. I mean, smack dab in the middle of the season. And if the Pelicans don’t move him by the deadline, what’s the rest of their season going to be like? I mean, they’re not a good team. From the front office on down, they’re substandard, but what Davis did puts every other guy on the team on edge for the rest of the season.

Then there’s the question of how much talent the Celtics will need to give up in order to land Davis.

Given the ‘godfather’ offers that are likely to come in from other teams, it’s difficult to imagine a scenario where the Celtics can acquire Davis without giving up Jayson Tatum. And that seems like a really questionable swap. Davis is, at this point, a better player than Tatum, but we haven’t even glimpsed Tatum’s ceiling. Tatum for Davis straight up bugs me, and the Celtics would have to throw in more than just Tatum to make that deal work.

And there’s the question of draft picks.

What gets lost in the ‘Kevin McHale did Danny Ainge a favor’ narrative is that the Celtics traded a pick to Minnesota that they could’ve used on Steph Curry.

Anthony Davis has been their primary target ever since Kevin Durant opted to head to Golden State, and they effectively passed up on multiple stars (Paul George, Jimmy Butler and others) who were available in order to save assets for him.

I don’t often disagree with Tom Westerholm, but I’m doing so here. One of the secrets to Ainge’s success as a GM is that he’s never been fixated on landing a particular player (except for that one time, apparently, where he wanted Justise Winslow really badly). Ainge is an opportunist of the first order, and in a league full of GMs whose jobs are constantly in flux, and who are under nonstop pressure to ‘make moves’, it pays to be ready to move on anyone. Yes, the team passed on opportunities to land Butler and Paul George–but there’s a reasonable chance that the players they landed instead, Jaylen Brown and Jayson Tatum, will be better than Butler and George.

Page 2: Where Jaylen Brown has thoughts

“I don’t think there’s no difference between earlier in the year and what it is now,” Brown said on Monday, after dropping 21 points on 9-for-16 shooting. “I just think I’m being aggressive, there’s more opportunities, and just being myself. Early in the year was a little more tough but now in the second unit I feel like we can be able to play the way we want to play.”

So why was the beginning of the year a little tougher?

Setting aside the odd juxtaposition in Brown’s answers, there is a difference, even if he doesn’t feel it. In the first 10 games of the season, Brown shot 29 percent from three — a number that cratered to 21 percent in the next 10. Since then, however, those numbers have risen back up toward respectability. Over the last 25 contests, Brown has hit 40.2 percent from behind the arc, and he’s shot 45.7 percent for the last 10.

This is an absolutely crazy day. I don’t know who I am. Because here I am disagreeing with Tom Westerholm again!

The incredibly dense statistics that are now available from the NBA and other outlets make it possible to look so closely at player performance that we run the risk of seeing patterns where there is just statistical noise.

There are 64 possible outcomes from flipping a coin six times (2^6).

Only one outcome will feature H-T-H-T-H-T.

Yes, I’m sure there was a psychological component to Brown’s early season struggles. But a meaningful chunk of it was almost certainly just statistical noise. Or, in other words, Jaylen Brown’s right–there’s no difference between then and now.

*How I got this number: Three consecutive heads or tails can occur at four distinct locations in a run of six flips: 123, 234, 345 and 456. In the event that the run is 123, 4 must be the opposite of the first three, otherwise, it’d be 4 in a row, so the 2 coins that have ‘freedom’ are 5 and 6. There are 4 possible combinations of 5 and 6: HH, TT, HT, TH. Now, 456 is basically the same as 123, but this time it’s the first two coins that have ‘freedom’, and they can take the same 4 values: HH, TT, HT, TH. So that’s 8 total. 234 and 345 are similarly mirror images, and in both cases, there is only one coin that has freedom 6 in the first instance and 1 in the second. It can take either of two values (H or T), so that brings us to 12 combinations that feature three consecutive heads (or three consecutive tails). Given that we’re agnostic about whether it’s heads or tails, that gives us 24 possible combinations.