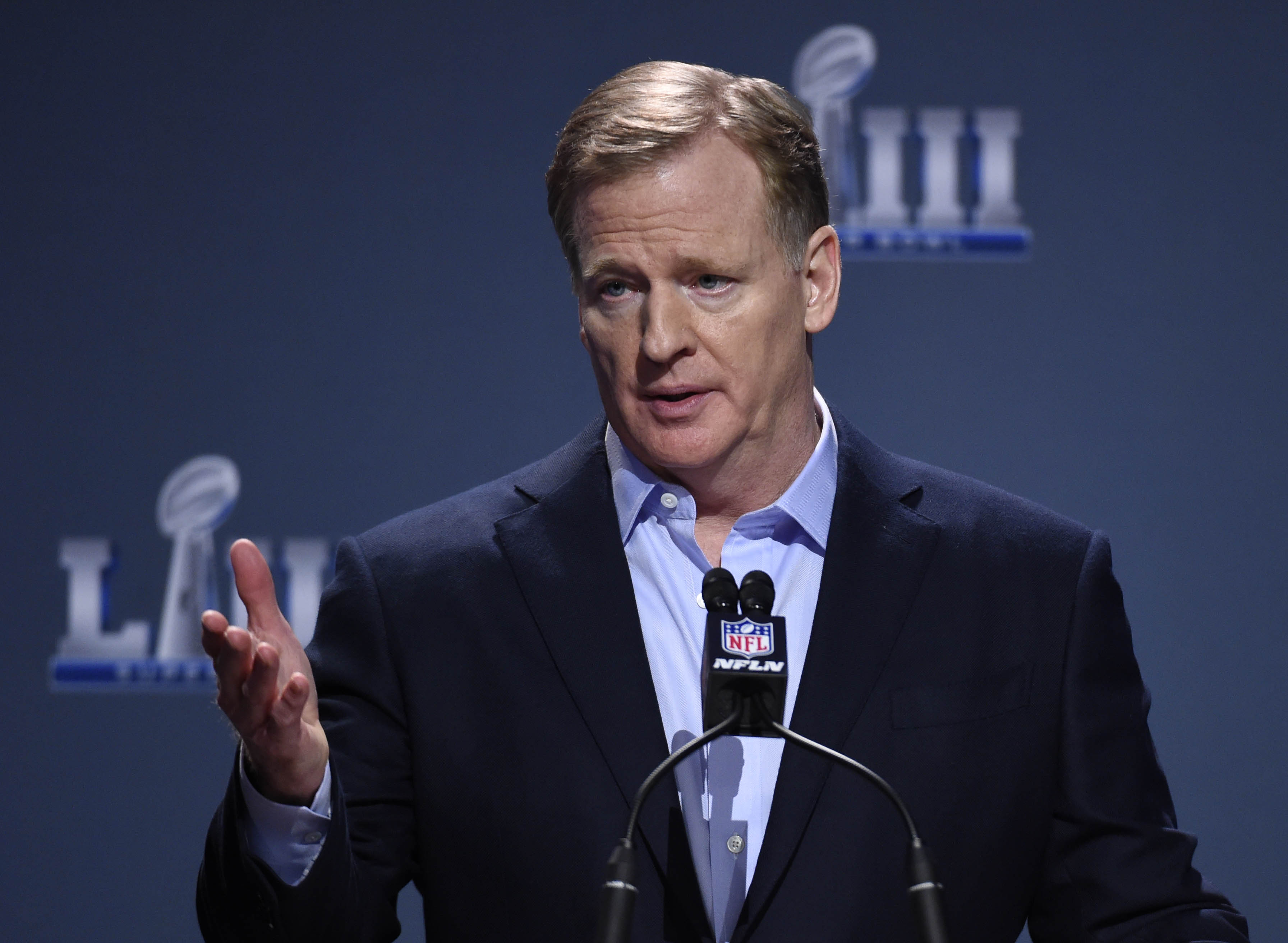 NFL Commissioner Roger Goodell has taken a lot of heat for the way the league handled the missed pass interference call in the NFC title game, which screwed the Saints, and essentially kept them out of the Super Bowl.

It’s one thing to blow a call, but the way it happened — one official running over and signaling to the other to keep his flag in his pocket — was suspect. In watching the play over and over, during which Rams cornerback Nickell Robey-Coleman clearly interferes with Saints cornerback Tommylee Lewis, it almost seemed as if the officials knew it was a penalty, but didn’t want to call it, and instead wanted to let the game play on without it.

Goodell finally spoke about it on Wednesday at a press conference, and he stated that the league will look into expanding replay.

1:24 pm EST. Goodell: "It's a play that should be called." I believe that's the first official, on-the-record admission from the NFL that it was a blown call.

Roger Goodell, on the #Saints missed call: “We understand the frustration they feel. Whenever the officiating is part of a discussion, it’s not a good thing. But we also know our officials are human. … We will look again at instant replay, should replay be expanded?”

Commissioner Roger Goodell, addressing Saints/Rams officiating controversy, says expansion of replay will be discussed. “Technology is not going to solve all these issues. The game is not officiated by robots, it’s not going to be. But we have to continue to go down that path.”

That’s all well and good, but it doesn’t help the Saints, who got screwed out of a Super Bowl appearance.