When harsh reality passes you by on Eagles IR 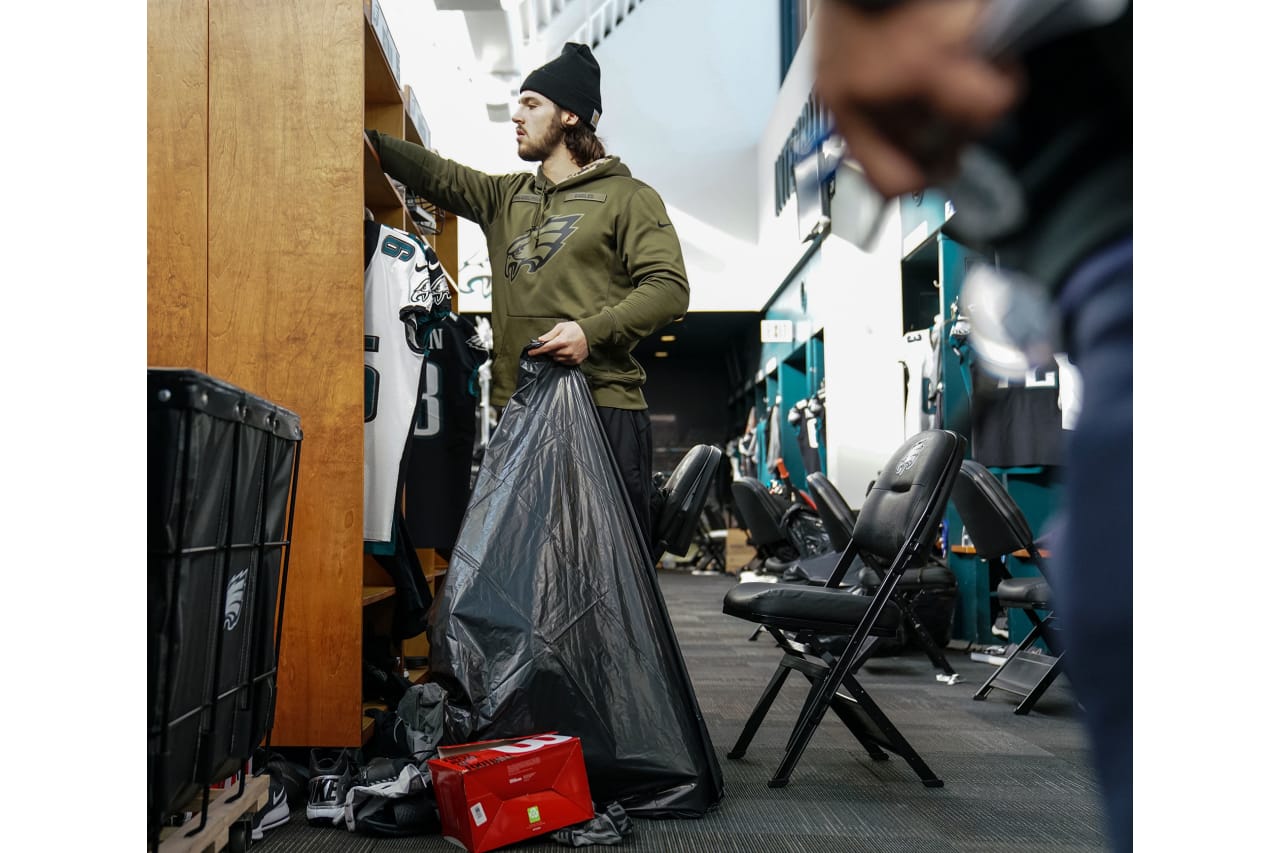 When harsh reality passes you by on Eagles IR

Dave Spadaro did a “Philler” article at PE.com last week talking optimistically about the likelihood of these “Injured Reserve” victims coming back to play at full strength in 2019:

Many of these guys will be either brought back and/or re-signed and given a chance to prove they have made a complete recovery. For example, the Eagles plan to re-sign Paul Worrilow to a one-year contract. Worrilow, 28, tore his ACL on the first day of OTAs last spring, but was notably around the team all season. He kept a locker and was seen before games walking and then later in the season running around the field as he rehabbed.

But some (possibly including Worrilow) won’t be able to make the team and will be waived with an injury settlement. That was the harsh reality for Elie Bouka last season. The only reason he’s still listed on the Eagles IR is because he cleared waivers when he got hurt, so they had to keep him on the IR team roster for the duration of the football year.

Chris Maragos is another guy trapped in nowhere land. After rehabbing his knee for over a year, Maragos finally agreed to PCL surgery this past December. But he becomes a free agent in March. The chances of his ever returning to the Eagles’ active roster again are very slim.

Those are two examples of why no player (even those with guaranteed portions of their contracts still in effect) wants to go on the IR. It’s a recipe for becoming a forgotten man real fast.

Vince Papale talked about it in his book Invincible. Unfortunately, this discussion never made it into the movie.

Papale describes how in the 1979 preseason he suffered a third-degree shoulder separation on a punt coverage takedown against the Colts in Baltimore. It happened after Dick Vermeil had taken Papale out of the game, telling him he had seen enough good stuff from Papale at receiver and that he should rest on the bench the rest of the game. But Papale wanted to prove to Vermeil that he was so valuable as a special-teamer that Vermeil had to keep him on the roster. So Papale begged Vermeil to go in for one more play on punt coverage. Unfortunately Vermeil said yes.

Papale wasn’t cut immediately, because NFL teams can’t cut you if you are injured while playing. Instead, he was put on Injured Reserve, which Papale says was worse than being cut.

“I lingered around the locker room but was not really part of the team. No one wants to hang with the guy who’s hurt. It’s as if someone who’s healthy may catch an injury just by standing too close to you.

“I was still getting paid but I couldn’t practice with the team. I rehabbed hard for two months and when I finally felt strong enough, I begged the trainer to tell Vermeil I was ready.  But by then I had been passed by. When I was declared healthy, instead of being put back on the active roster, I was given my release.”

At the time Papale was a 33-year-old special-teamer with one career catch at wide receiver. There was no other team wanting to sign him as a free agent. Just like that, his NFL career was over. Former teammates who used to party at his house after Eagles wins simply stopped calling.

His story is a reminder of how fragile a career in the NFL can be, especially once you find yourself inactive on the IR.

Fortunately for Papale, he came out of a brief post-NFL depression and forged a new career path, first calling games on the radio for the USFL Philadelphia Stars, then as a corporate representative for U.S. Healthcare.

But his experience on “Injured Reserve” underscores the great danger of being passed by while you are still in recovery. I go back and look at the 12 Eagles currently on IR listed above, and I can only identify a few “locks” to come back—Barnett, Mailata, Sweat, maybe Hollins. I wish I could share Spadaro’s optimism about the rest of the guys, but they are truly staring down the barrel of injury settlement waivers—or devalued free agency.

The bad comes with the good in the NFL—such are the facts of life on the IR.