Your Morning Dump... Where Kyrie Irving is used as leverage in trade rumors 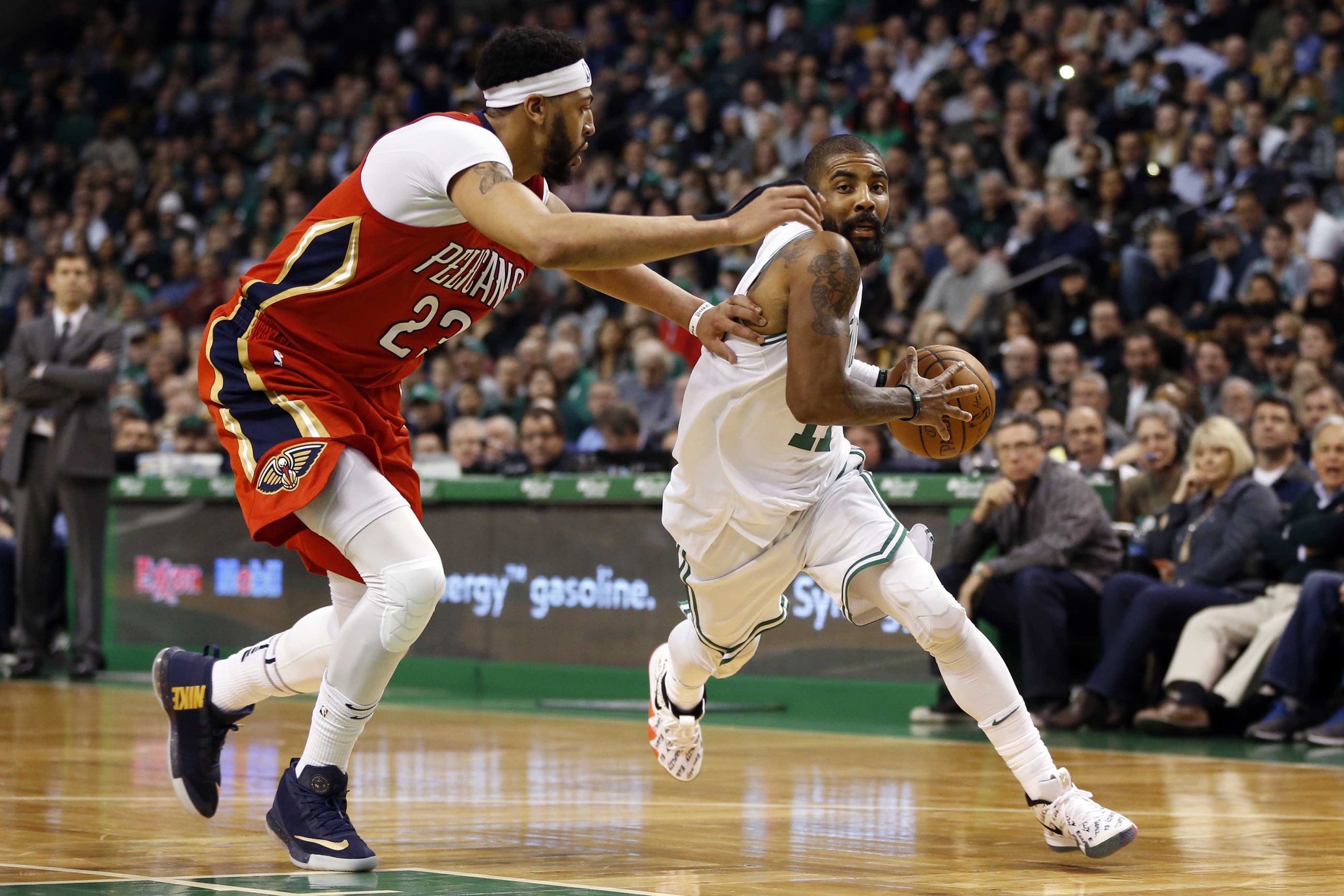 Your Morning Dump... Where Kyrie Irving is used as leverage in trade rumors

Former Celtics coach Doc Rivers calls it “Silly Season” and NBA headlines this time of year tend to feature all sorts of outlandish claims from everyone in the Sources family (League Source, Team Source, Sources Close to the Situation). What the casual fan might not realize is that a lot of these sources are talking to reporters because it pushes certain agendas, and those with motivation can sometimes twist and stretch the truths of situations.

Sometimes rumor becomes gospel and readers are left to parse truth from fiction.

The Celtics have found themselves at the epicenter of much speculation in the aftermath of Davis’ declaration. What’s grounded in truth, and what’s more likely conjecture?

Let’s do a little dot-connecting to work through one of the latest stories, shall we? You probably know that Anthony Davis has notified the New Orleans Pelicans that he’d like to be traded and that he won’t sign an extension if he’s offered one. You might also know that the usual suspects are at the forefront of rumored destinations – Celtics, Lakers, Knicks – and some dark horse teams with assets – Trail Blazers, Raptors – are in the mix as well.

The Lakers tend to take the driver’s seat in the rumor mill, and that’s even before LeBron James showed up. Now that he’s there, everybody wants to force their way to the Lakers. Or do they? Paul George had his opportunity and chose to stay in Oklahoma City. Compton native DeMar DeRozan had a chance to take the torch from Kobe in 2016. Instead, he signed a five-year deal with Toronto.

Now, we’re expected to believe the Lakers are a front runner to acquire Davis via trade because… reasons? The Lakers don’t have the best trade package to offer. Far from it. They do, however, have the ideal teammate to pair with Davis in LeBron as well as a greater sports market, and therefore more financial opportunity than any supermax deal in New Orleans could offer. Still, the bottom line is that the Lakers might not have enough gas to get the deal done. Enter Rich Paul.

Paul represents both LeBron James and Anthony Davis. He’s probably smart enough to know the Lakers need help getting this thing done. Davis’ word to re-sign where ever he lands is just as important as the deal that gets him there, and that’s the factor that has brought so much drama this week. It’s also why you may have been told Kyrie Irving is second-guessing his decision to stay in Boston.

Jackie Mac alludes to Rich Paul possibly planting a narrative about Kyrie’s uncertainty through Chris Haynes. Doesn’t it seem a little too convenient that as soon as Davis goes on the market, the Celtics’ best player is reported to question his loyalty to the team?

Does this guy look like he wants to leave?

Come on. He did the cool jersey pull thing. This is clearly Rich Paul muddying the waters on a potential Davis-to-Boston deal so he can unite two of his clients in Los Angeles. #StayWoke

On page 2, Jaylen Brown is back to his old self

If you raved about Jaylen Brown during the 2018 NBA Playoffs, you’d better be raving about him again right now.

Because he’s even better now than he was then.

Over the last eight weeks, Brown has racked up more impressive numbers than he did last postseason, when he served as one of the go-to options on a team that reached the brink of the NBA Finals. Brown’s rough start to this season is long gone. He’s moved on to bigger and better things.

To find the real juice behind this story, though, we must look deeper than just shooting and scoring numbers. Brown’s last two months have also outperformed his playoff numbers in every other major statistical category.

I dislike the use of per-36 numbers, but I agree with D’Amico’s overall point. Brown’s numbers have been steadily climbing for several weeks now. Those non-shooting numbers are the ones I care about the most because I think the most important step a young player can take is to learn to affect the game in ways other than scoring. The Celtics haven’t solved all their issues overnight like everybody wanted, but getting Brown comfortable with a bench role was crucial to the team’s success going forward. Brown might almost be too good at his job now that the Twitter masses are advocating for him to take back his starting role from Marcus Morris.

Boston.com: Behind the scenes on the Celtics plan to get Anthony Davis

CBS Sports: Celtics will try to land Pelicans star even without long-term assurance, per report