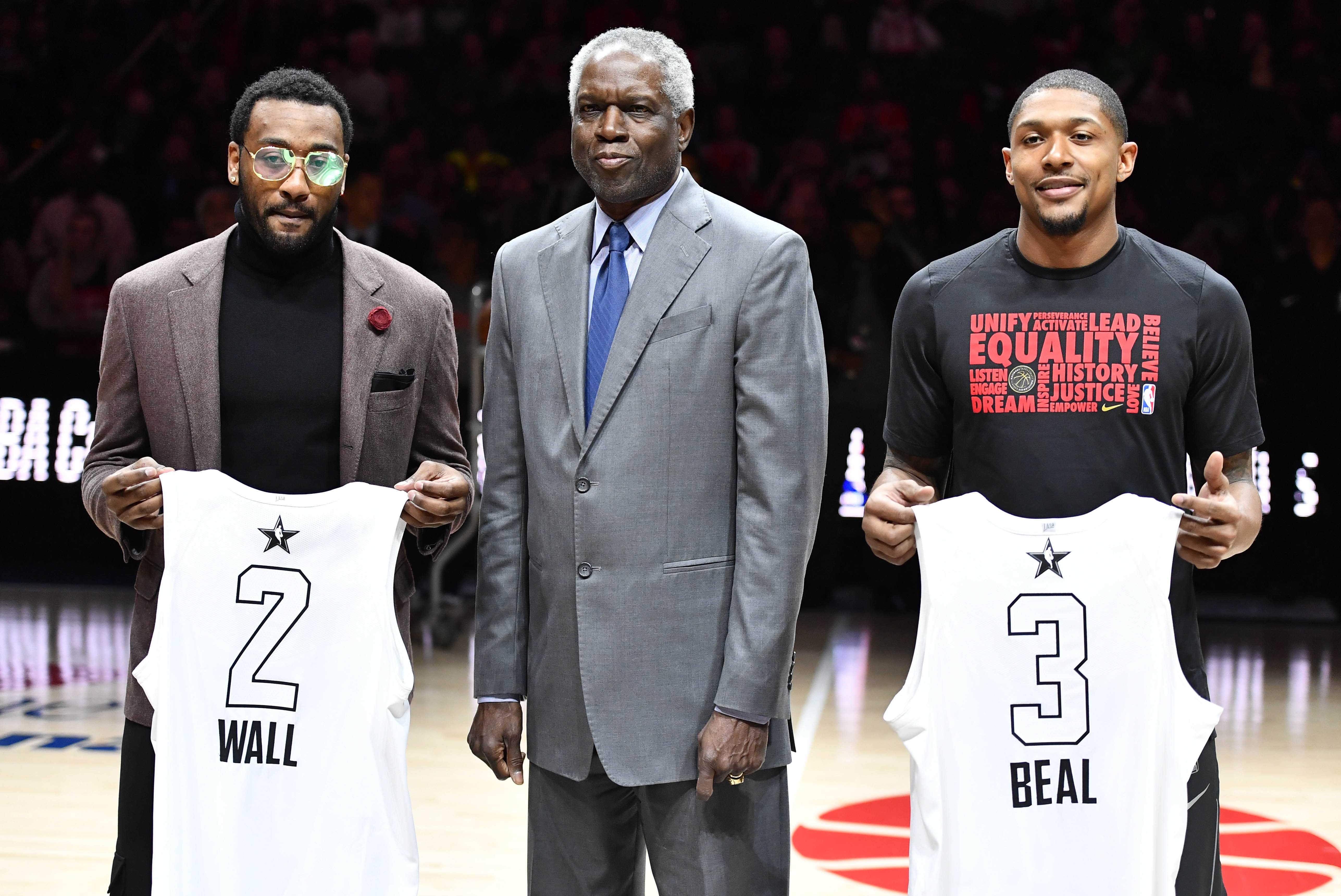 Bradley Beal can now officially be referred to as a two-time All-Star. The Washington Wizards guard was voted in by the Eastern Conference coaches as a reserve for the second year in a row. He will take his talents to North Carolina for the game on February 17. Beal joins Irving, Walker, Kawhi Leonard, Giannis Antetokounmpo, Joel Embiid, Victor Oladipo, Kyle Lowry, Ben Simmons, Blake Griffin, Khris Middleton, and Nikola Vucevic as the 2019 Eastern Conference All-Stars. The draft between LeBron James and Giannis will be in a week and televised on TNT on February 7 at 7 p.m.

Beal, 25, is averaging career-highs in points (24.7), rebounds (5.1), and assists (5.1) so far in the 2018-19 season and arguably should have been more considered to be a starter. Kyrie Irving and Kemba Walker are fine selections, but the popularity voting nature took away any chance for Beal.

“I’m honored to represent the D.C. Family at All-Star Weekend and I’m blessed to share this honor with my teammates, coaches and the entire organization and our fans,” said Beal in a statement. “The support they have all given me throughout the year has been inspiring and makes me determined to do everything possible to continue our playoff push after enjoying the festivities in Charlotte.”

Without the services of five-time All-Star John Wall, this being the first time since 2013 that he will not be taking part, more has been put on Beal’s plate and he has tried to do his best to keep the ship afloat. His attacking of the basket has improved tremendously and become a staple of his game as he is no longer considered just a silky smooth shooter. He also had two 40-point triple doubles in the span of less than a month.

It will be interesting to see just how far Beal can or cannot take Washington this season and if it warrants an All-NBA selection that then triggers a supermax deal opportunity.