How I Saw It: The Win It Wednesday Challenge 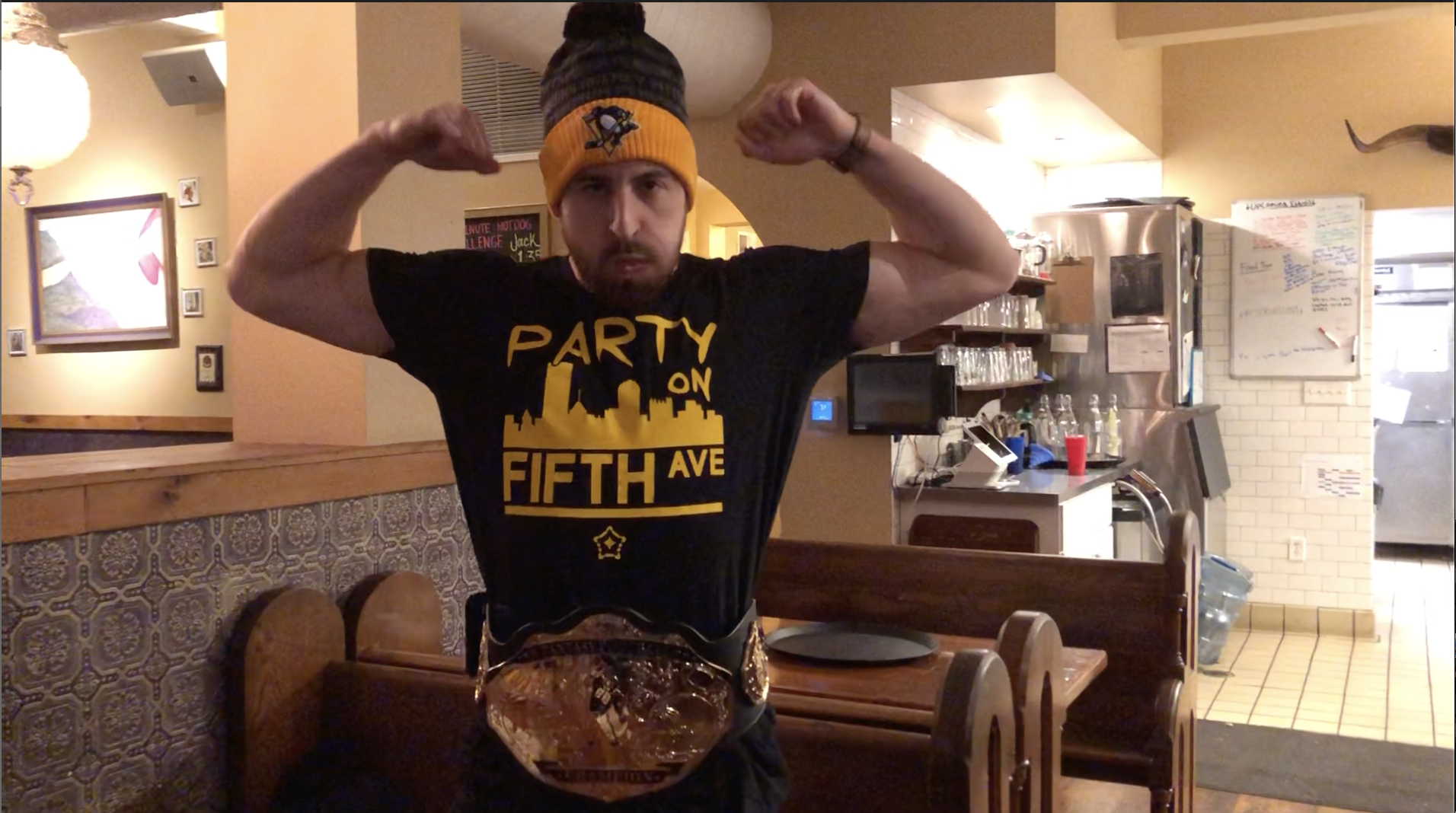 How I Saw It: The Win It Wednesday Challenge

On Wednesday January 30, 2018, two of our own took to Franktuary in Lawrenceville to tackle the #WinItWednesday Challenge. Three hot dogs in two minutes or less. Here are their stories:

The thrill of victory.

Well, considering my brain is somewhere in between the euphoric state of that old NHL commercial where hockey players are at a loss for words directly after winning the Stanley Cup and that I literally can’t say anything coherently state (i.e Dave Amber asking Pierre Dorion what makes him optimistic about the 2018-2019 Ottawa Senators) because I’m running off of four hours of sleep, I’m gonna do my best to describe the moment.

*I still don’t know what the hell PDO means even after Pat tried explaining it to me for like five minutes. (Pat Note: I literally said, “it’s luck. Shooting percentage meets save percentage.” How aren’t you getting this?)

But before I go any further, let’s state the obvious here – I’ve been on an absolute HEATER of late. Saturday, I was finally awarded with my hard earned fantasy football hardware (fake Lombardi trophy, somewhat real WWE-style belt, and a definitely fake Giants jersey signed by 2008 Super Bowl champ Kevin Boss) for winning the ship this year. On Monday, I hit a back squat PR (“Personal Record” for those of you who don’t do crossfit). And just yesterday, I blew the absolute wheels off of the #WinItWednesday challenge at Franktuary.

Simple – I watched one YouTube video from a competitive eater demonstrating how to correctly eat hot dogs fast and I executed. Absolutely no practice whatsoever. Just a man who knows how to use his eyeballs appropriately and conquer the task at hand. In fact, I’m kind of like the blogger version of Flyers defensive assistant coach Rick Wilson.

New #Flyers D coach Rick Wilson is a riot. Says his analytics is here — he points to his eyes.

Except the only difference is, unlike the Flyers (and much like the Penguins), I win.

They don’t give you these belts for nothing. Fantasy football/win it Wednesday champ. #WinItWednesday @Franktuary pic.twitter.com/HKVuFv9zcF

We’re on to the next crack at the 3-on-3 challenge (and the belt will be on the line).

The agony of defeat.

So here we are a mere 15 or so hours removed from what can only be described as abject failure. Despite my total hubris on Dying Alive this week that I would take down the #WinItWednesday Challenge the way Kris Letang has been systemically taking down the haters and losers (of which there are somehow still many).

What have I learned?

I learned that some nights, much like this Penguins team, you just don’t have it. Some nights you see three all-beef franks put in front of you and think, “Once again, my 5’2″ inferiority complex has gotten the better of me.”

Now, I know what you’re thinking – “Pat, how didn’t you see this coming? You’re your size and require the diet of a gerbil, this was pretty obviously the only outcome.”

I suppose you people thinking that would of wanted Mike Sullivan to just give up after the Bruins fired him, or the 2008 Penguins to just accept they would never be better than the Red Wings or Evgeni Malkin to just stay in Russia with Magnitogorsk. Sometimes, you have to do the hard thing and fail before you pick yourself up and try it again.

Alright, fine, you’re all here to see me get roasted. Click this link and let it play while you read through.

Half a dog and then silence

i thought this video was in slo mo

If there was a baseline test to enter this event, Pat would’ve failed. He literally wouldn’t even be allowed to attempt it.

Congrats to Peep. The rest of you can go right to hell.