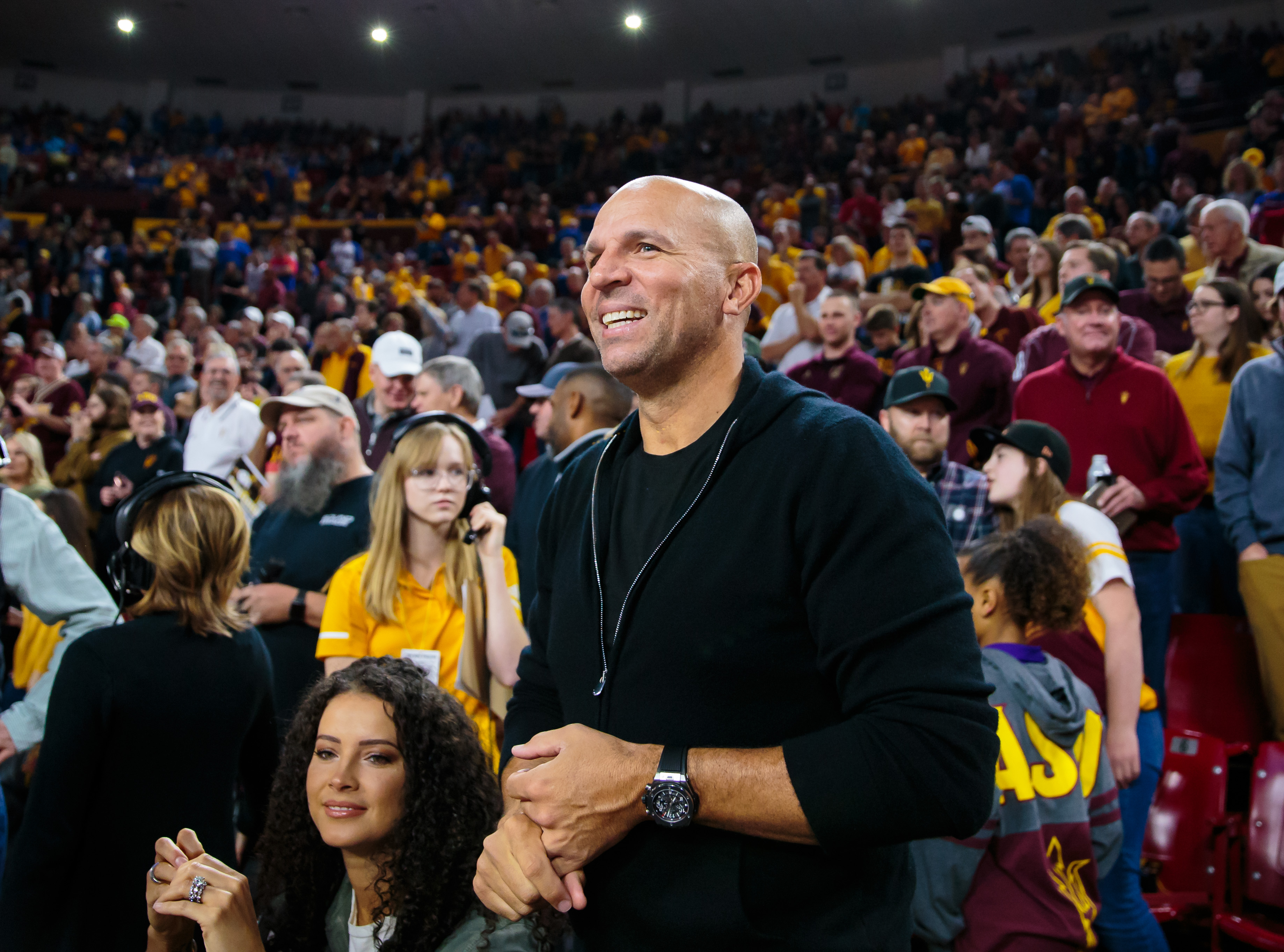 There are a lot of rumors circulating about LeBron James not wanting Luke Walton to continue to serve as the Lakers’ head coach, which isn’t a big surprise, give that his career coaching record is 87-128. To be fair, though, it’s not like he’s had all that much talent to work with, as the team has been going young during its rebuild, up until it acquired LeBron James this season, and is now poised to make a few big splashes some time between now and the next six months.

James does have a history of getting what he wants, and, most importantly, having his influence lead to head coaches being relieved of their duties. We all saw what happened to former Cavs head coach David Blatt in Cleveland.

So it does appear a change will be in the works, and it’s really just a matter of when it happens. A recent report from Ric Bucher of Bleacher Report suggests that Jason Kidd could be a candidate for the job, assuming Walton is fired. It reads:

Another development that I’m hearing is gaining momentum, and that’s the possibility of Jason Kidd returning to the coaching ranks by succeeding Luke Walton with the Lakers.

Now, I first heard Kidd’s name connected with the Lakers a while back. Right about the time the first round of, “Is Luke Walton on the hot seat?” stories came out. And Jeanie Buss, head of the Lakers, threw a bucket of water on that seat, cooled it off. And so I tucked away the talk of Kidd and the Lakers as something at the time, simply spit-balling or connecting dots that weren’t necessarily part of the same mosaic.

Now, I know that Kidd wants to coach again. And I know he expressed interest in the Knicks job before David Fizdale ultimately got it. But wanting to be a head coach again and expressing that to people who can make it happen is not the same as being considered for one of those jobs. In the case of Jason and the Lakers, I figured it was a matter of Jason letting them know he was interested and the Lakers saying, “Thanks, we’ll get back to you.”

Well, now sources are saying that the Lakers have actually gotten back to him and that this has gone to the next level. And that if the Lakers do make a move on Luke – which, based on all of the rumblings, could happen sooner rather than later – Kidd appears to be very much in the mix and possibly is even the favorite.

We wouldn’t be surprised if the Lakers have already been in contact with Kidd, or at least his camp, to gauge interest. A change appears likely, and the clock is ticking for Walton.