New boss same as the old boss in Baltimore 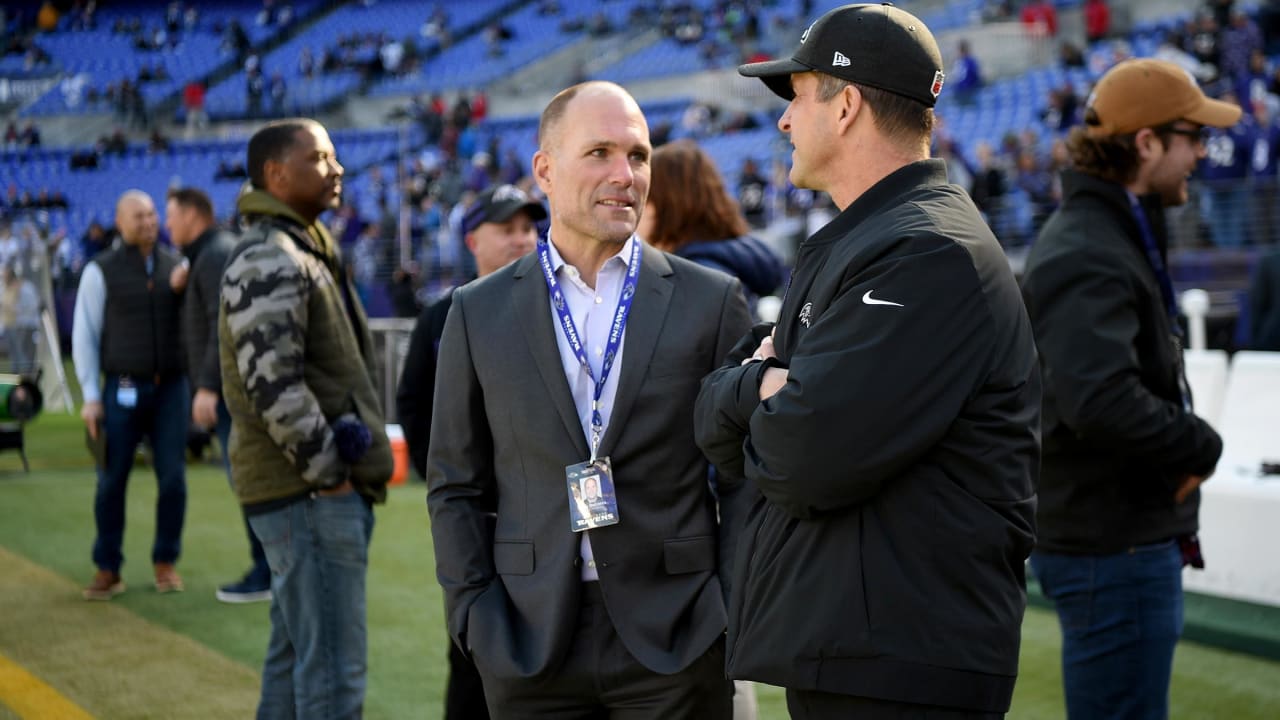 New boss same as the old boss in Baltimore

If you were anticipating an entirely new direction for the Ravens franchise after putting up with the same-old methodology that seemed stale ever since the team’s Super Bowl win in 2012/13, you might be disappointed. Team owner Steve Bisciotti has decided to extend head coach John Harbaugh’s contract through 2022, most likely at a guaranteed rate of $10 million per year; and the new GM (Eric DeCosta) is basically the carbon-copy protege of the old GM (Ozzie Newsome).

No one will openly admit it, but the Ravens as an organization are gambling the next four years of Ravens football on their belief that they have found a dynamic franchise quarterback in Lamar Jackson, who has coincidentally four more years left on his rookie contract.

That’s a huge gamble. Some critics are saying that Jackson’s emergence as a running-style playmaker in relief of the injured Joe Flacco was a fluke. Yes, the drastic change from a West Coast offense to basically a college read-option offense threw the league for a loop, getting the Ravens to a 10-6 finish after a 4-5 start. But in the playoffs, Jackson and his system of offense were dissected and dismantled by the San Diego Chargers. Hitching the next four years of Ravens football to the development of Jackson into a complete NFL quarterback is risky business.

Yet the owner and his management team are up to the challenge, based upon their saying all the right things.

At last Friday’s press conference, where Harbaugh’s new four-year contract was a major topic of discussion, the coach looked at DeCosta sitting in the auditorium and expressed enthusiasm about working with someone he knows so well.

“Taking the reins, man, taking the reins, and we’re excited,” Harbaugh said. “Eric’s energy and his passion and his ideas, it’s exciting. So, it’s a new start, yet we’ve been together, side-by-side, for 11 years.”

As to speculation that Harbaugh may have asked for final say in personnel decisions. Harbaugh said that wasn’t the case.

“[My role is] the same, and that’s all we ever wanted. That’s all I ever wanted,” Harbaugh said.

“I have great confidence in the way the organization is built, the way it’s been built from the beginning,” Harbaugh said. “This has never been an organization that’s about lines or silos or anything like that. This is an organization that works together. We cross paths and we talk everything out – football, scouting, medical, weight strength and conditioning, everything you can think of.

“To me, it doesn’t matter who has what say over what. It’s never been about that here, and I think Eric will probably reinforce that on Wednesday (during his press conference), but it’s always just about, ‘Let’s do the best thing for our team, and let’s talk it out and hash it out.’ We rarely ever have a disagreement in the end. … You want to call them disagreements, challenges, conversations, you better have all of that. Everybody willing to say what they think, nobody afraid to express their opinion. Top to bottom and sideways, in this whole organization, people are asked what they think. That’s like a regular conversation around here: ‘What do you think?’ To me, that’s the way it should be, and that’s why it works.”

In the end, nothing has really changed in Baltimore except the quarterback. That’s a fragile thing to bank upon if you’re a Ravens fan.