Report: Anthony Davis set on playing for the Lakers but Celtics remain fearless in pursuit 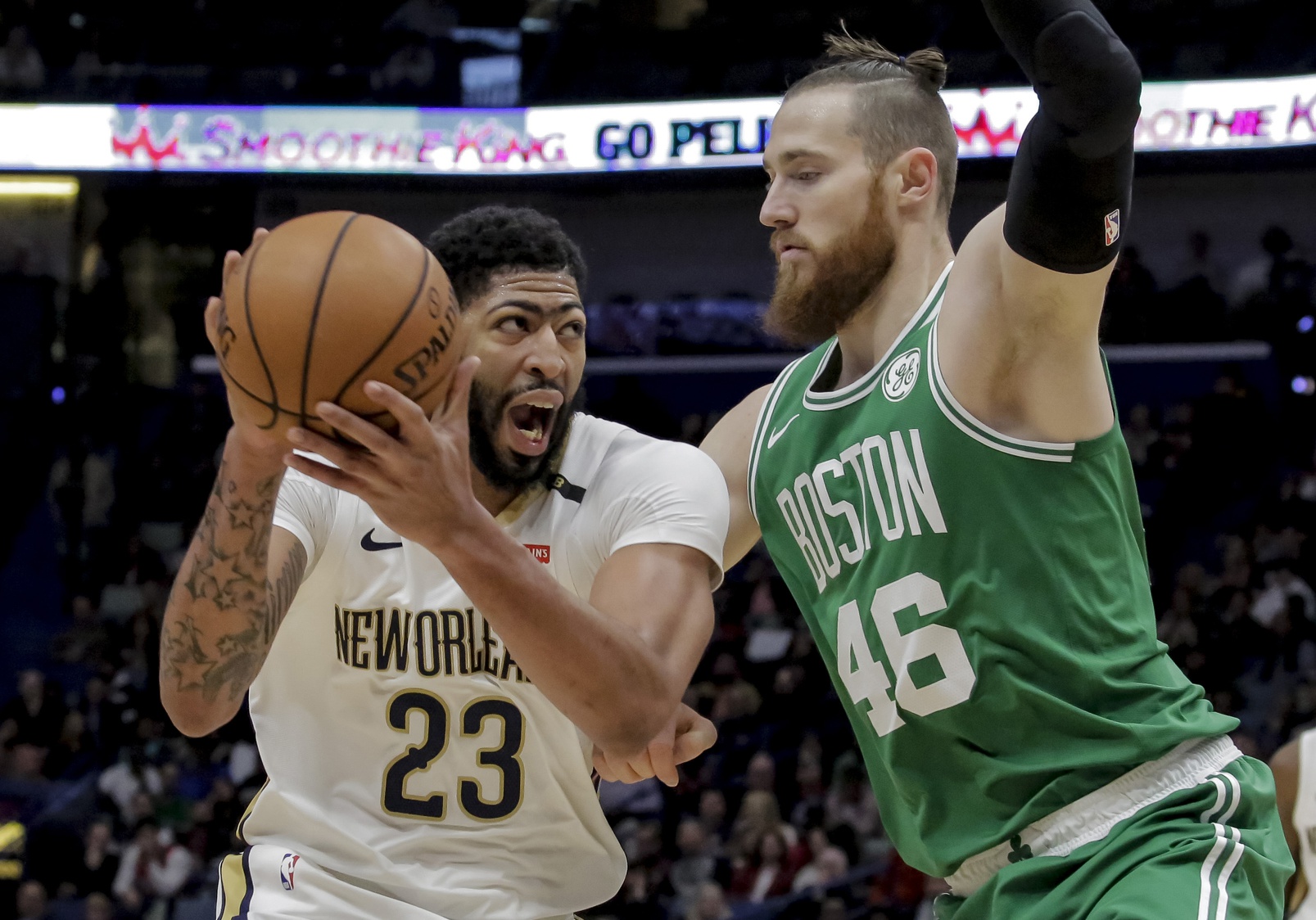 Report: Anthony Davis set on playing for the Lakers but Celtics remain fearless in pursuit

ESPN’s Adrian Wojnarowski, Zach Lowe, and Brian Windhorst unloaded a whale of an article today about on the Anthony Davis trade market.

As the NBA trade deadline looms within a week, the Lakers‘ immediate pursuit of All-Star forward Anthony Davis is fraught with obstacles — including the fact that New Orleans Pelicans general manager Dell Demps has yet to return a call to Lakers GM Rob Pelinka, league sources told ESPN.

If Davis wants to be a Laker, the Pelicans’ mantra so far is simply: Feel free to join L.A. as a free agent in 2020 and potentially punt on the 2019-20 season — when James will turn 35 — to keep the requisite cap space open.

Boom! Take that, Rich Paul. I think Paul and LeBron may have underestimated AD’s value as a one-year rental when they hatched this exit plan. Anthony Davis might just help another team pursue a championship next season while LeBron ages and the Lakers sit on their collective thumbs.

The stance of Davis and his camp toward Boston is linked to their view of Kyrie Irving‘s future, sources said. Davis and his camp no longer believe that Irving is a sure bet to re-sign with the Celtics this summer, and that’s the primary reason they insist on clumping Boston with a similar message to the 28 other teams: Buyer beware on a trade for Davis.

If you’re shaky on Kyrie staying in Boston, I recommend you read this article by Steve Bulpett and pay particular attention to the final two paragraphs.

Back to AD, where Danny Ainge has a plan for everything:

Boston is remaining outwardly fearless in its pursuit of Davis, with word delivered to New Orleans: Hold on to Davis past the trade deadline, get into the offseason and we’re armed to give you the best possible return on this generational talent.

Boston remains confident in Irving re-signing, even if the Celtics don’t acquire Davis before free agency. But whatever happens between now and then, whatever issues might threaten to topple Irving’s preseason commitment to an extension, the Celtics believe the acquisition of Davis will soothe them all. Boston believes this: Getting Davis probably clinches an Irving commitment.

For now, the Celtics are unconvinced that Davis would be willing to walk out on a championship core with Boston for the Lakers. Boston has done a tremendous amount of research on Davis, especially intense in the past 18 months, league sources said.

I refuse to believe Kyrie would walk away knowing that AD is coming through the door.

What would it take to get AD? The motherload, of course. But naturally, Ainge is aiming to keep Jayson Tatum:

The most pressing question for the Celtics is whether they could acquire Davis without including Jayson Tatum in the deal. If the Celtics get the chance, Boston will be able to offer any or all of the following: Jaylen Brown, Gordon Hayward, Marcus Smart, Terry Rozier (though Rozier would have to agree to a sign-and-trade, raising thorny cap complications), its own first-round picks, Sacramento’s first-round pick, a Memphis future first-round pick (top-eight protected this season, top-six protected in 2020, and unprotected in 2021) and a lottery-protected LA Clippers first-rounder that converts to a 2022 second-round pick if the Clippers miss the playoffs both this season and next.

Holy crap that’s a lot of assets. At this point, I’ll be happy if the Celtics can keep Jaylen or Jayson.

Last night on FanCred’s 4th Quarter Live, I talked about holding Tatum back if AD is unwilling to commit:

It needed to be asked, so @adamjones985 went there on #Celtics 4th Quarter Live: Should the C's risk everything in a trade for #AnthonyDavis ? Here's the answer from @RedsArmy_Chuck and Mr. Jones: #CUsRise #KyrieIrving #NBATradeDeadline #NBAhttps://t.co/zLKGajMlxR

Chris Mannix said Wednesday on NBC Sports Boston the Celtics’ chances of acquiring the Pelicans forward in a trade will soar to “90 percent” if New Orleans doesn’t move him before the Feb. 7 NBA trade deadline.

Where does that leave the Los Angeles Lakers, who may be Boston’s primary competition for Davis? Former NBA front office executive Bobby Marks puts the Lakers’ chances of landing the Pelicans big man at “one percent.”