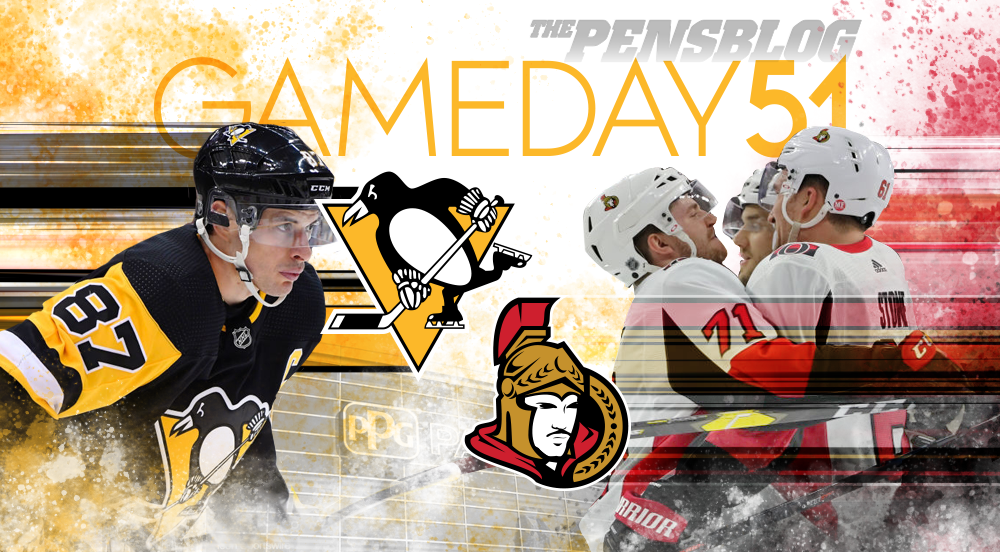 The suddenly new-look Penguins follow up their performance against the league’s best with a bookend that sees them host the league’s worst club on Friday night at PPG Paints Arena in Pittsburgh.

The Penguins were new-look in a few ways on the day, first formally revealing the Stadium Series sweaters, then shipping Derick Brassard and Riley Sheahan to Florida in exchange for Nick Bjugstad and Jared McCann.

The Pens got the best of the Bolts on Wednesday in a 4-2 victory.

Justin Schultz on his recovery: "It's been really slow, obviously. The first couple months were slow and it's starting to pick up now that I'm with the team most of the time and skating. It's getting exciting getting closer." -MC

The Sens stink. They’re dead last in the league with 43 points. So of course, the Penguins will likely make them look like worldbeaters tonight.

Shut down the Senators.