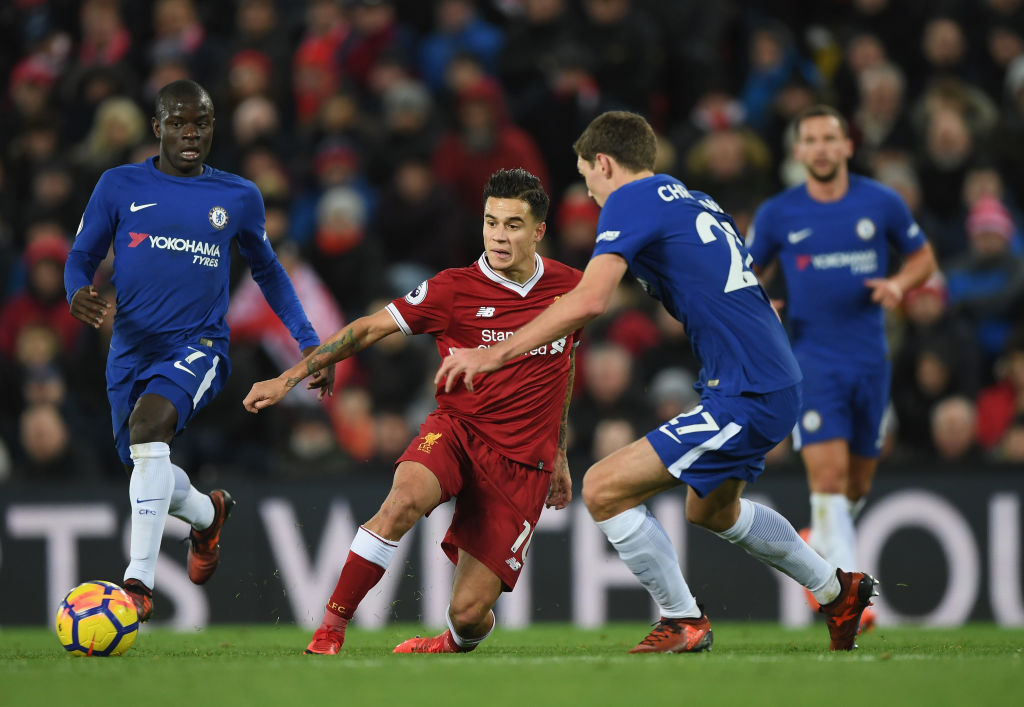 The January transfer window throughout Europe is typically used as a signing window to strengthen clubs at the polar extremes: clubs that are looking to avoid relegation, and clubs that need a little something extra for their title run.

Not as popular or busy as the summer window, the January window often ends up being a lot of teams moving around out-of-favor players to other clubs, giving them a second chance to impress in a new environment.

However, for the right team, the January market can also be a great opportunity to make a splash for one of the top soccer players in the world.

While there weren’t any of the blockbuster deals like we’ve seen in years past, there were still plenty of important signings. Here is a review of the most important transfers and signings that you need to know.

Chelsea was the busiest in England, moving around a variety of players and bringing in one big name striker. Gonzalo Higuain was brought in on loan from Inter Milan (who was there on loan from Juventus), while out-of-favor Alvaro Morata was shipped away to Atletico Madrid.

Chelsea made a huge splash for the American forward Christian Pulisic early in the window, subsequently loaning him back to Borussia Dortmund until the end of the season. And, in a deadline day buzzer beater, they loaned Mitchy Batshuayi to cross-town rivals Crystal Palace for the remainder of the season.

Newcastle made a surprise splash, recording the largest transfer in MLS history by making a splash for Miguel Almiron, one of title-winning Atlanta FC’s best players. Newcastle’s owner Mike Ashley, not very popular with local fans, is not known for spending money on new players, and surprised everyone by securing this talented striker.

Arsenal picked up a needed midfielder by grabbing Denis Suarez on loan from Barcelona.

An old stalwart of the Premier League, Burnley picked up Peter Crouch to help their scoring woos and keep them from being relegated. No one saw this surprise move, and Crouch could prove to be a valuable goal scorer off the bench. At 38 years old, this is his 7th Premiere League club that has played for.

Many of the bigger clubs stayed on the sidelines this year, not picking up any new talent during the January transfer window. Manchester United, Manchester City, Liverpool, and Tottenham all sat out the window, preferring only to sell or loan out a few of their fringe players.

There was much sadness surrounding the transfer of Emiliano Sala to Cardiff City. On his way to the club, his small private plane disappeared over the ocean. The search proved fruitless, leaving the club and much of Europe in sadness over the tragic loss.

Other honorable mentions in England include Leister’s signing of Your Tielemans,  and Fulhman’s Ryan Babel.

Elsewhere around Europe, Barcelona landed Frenkie de Jong from Ajax. The subject of many club’s interest, Barcelona won’t see the star suit up for them until this summer. However, they beat out many rivals to secure this bright young talent. Barca also picked up Emerson from Atletico Mineiro and Jean-Clair Todibo from Toulouse.

Runaways at the top of Ligue 1 in France, Paris Saint-Germain didn’t turn any heads, having a relatively quiet transfer window. Even though they brought in a few lower-tier signings, their transfer period was better marked by failed attempts to acquire their targets, such as high flyer Frenkie de Jong from Ajax.

All should be fine for PSG, but with their superstar Neymar out for several months, many wanted a goal scoring acquisition. They sit atop the league with so many points that they will likely go unchallenged domestically, but the lack of signings could hurt them in the Champions League.

German Bundesliga club RB Leipzig made a multitude of splashes by bringing in Amadou Haidara, Tyler Adams, and Emile Smith-Rowe. These three top class additions bolster a squad currently sitting in 4th place, and continue to give them options for the future as they acquire young, dynamic talent.

Inter Milan might have gotten rid of Higuian to Chelsea, but they brought in someone equally as talented in Krzystof Piatek, who came over from Genoa and has proved his worth already. Including the addition of Lucas Paqueta, Milan did well in the transfer window.