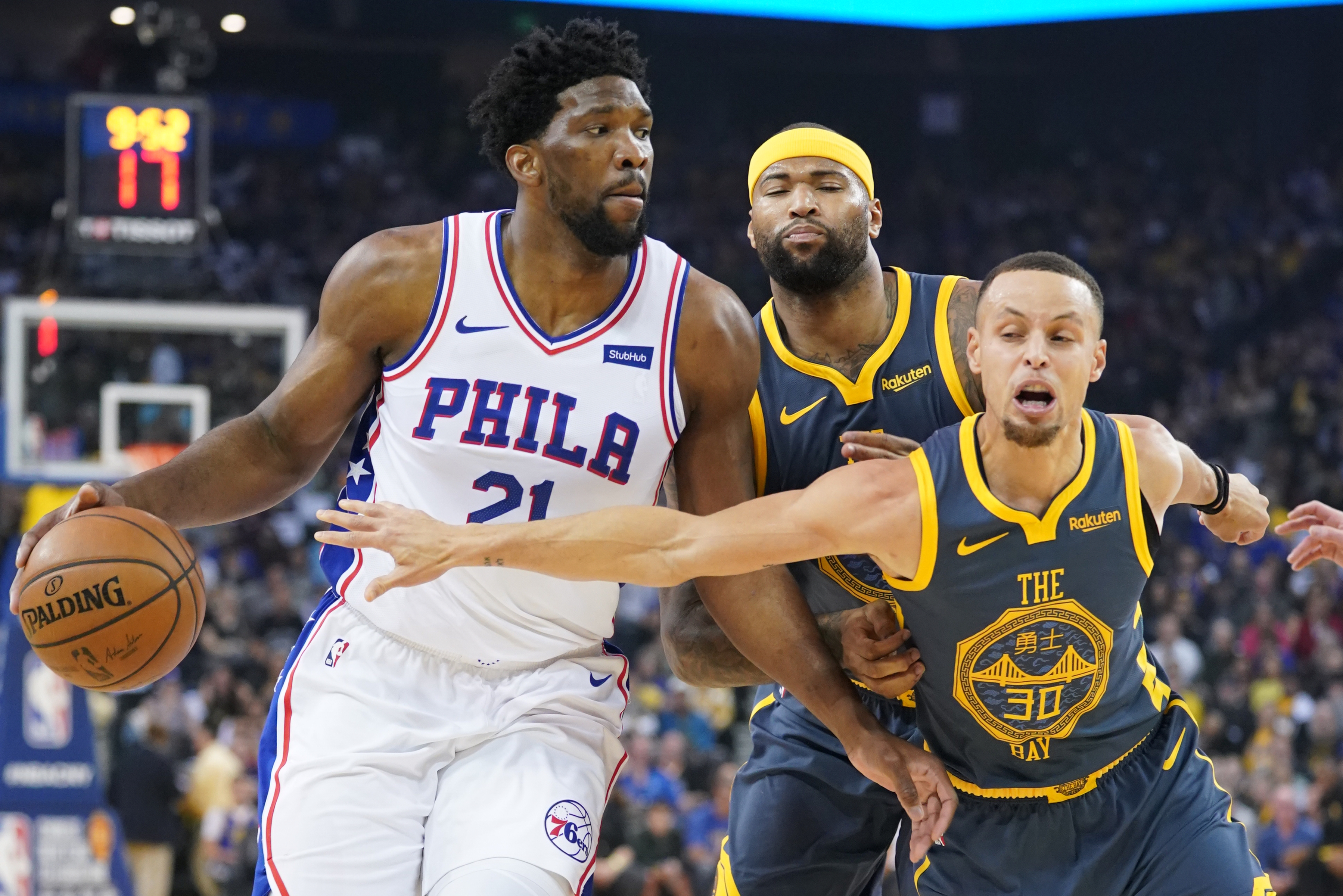 Philadelphia 76ers center Joel Embiid has been named the Eastern Conference Player of the Month.

The Philadelphia 76ers are on a tear as of late. During their tough stretch, they have continuously put up some incredibly competitive battles against some of the NBA’s best teams. Most recently, the Sixers defeated the Golden State Warriors on the road in the Bay Area.

With that victory, the Sixers will head into Sacramento on Saturday on a high. But the accomplishments don’t just stop there. On Friday afternoon, the Sixers would find out that their big man superstar Joel Embiid would be named the Eastern Conference Player of the Month for his outstanding contributions on the court during the new year.

Along with Houston Rockets star James Harden, Embiid shares the spotlight as the NBA’s player of the month. We all suspected that Embiid would be acknowledged by the league sooner than later for his elite level of play throughout the year, but the Sixers center just keeps packing on the accolades as the season progresses. Along with his Player of the Month award, Embiid was also named as an All-Star earlier in the week alongside his teammate, Ben Simmons.

Surprisingly, Embiid is the first Sixers player to win Player of the Month since 2005. The last Sixer to see that accomplishment was the legendary Allen Iverson. Looking at Embiid’s number, and recent accomplishments, he can only get better from here on out. It’s exciting times in Philly for Embiid and the Sixers, that’s for sure. Now, they should have all of their focus on grabbing a higher seed in the Eastern Conference. Right now, they sit 1.5 games back from the second overall seed, which is currently held by the Toronto Raptors. The Sixers are set to take them on next Tuesday.