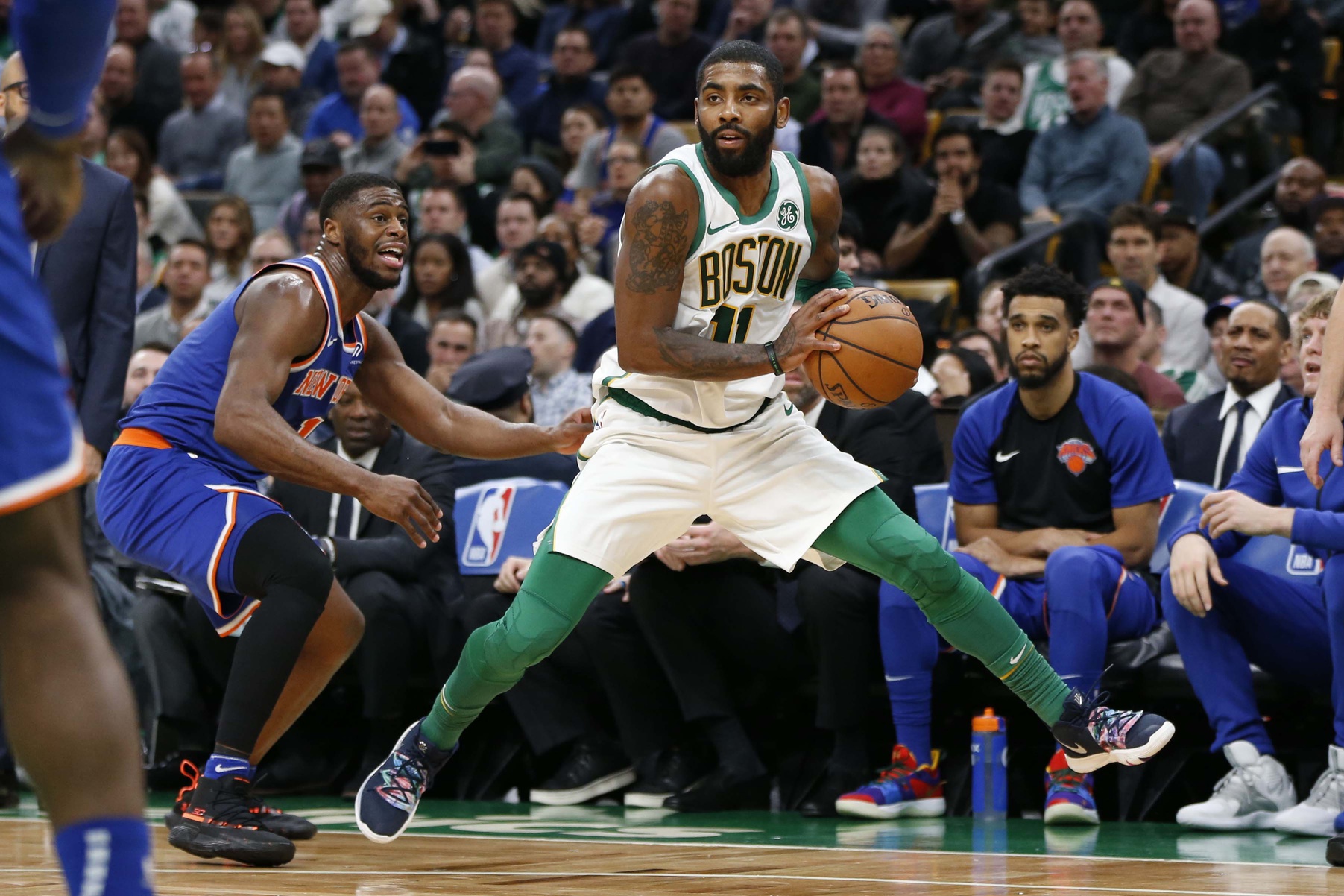 “I still have confidence in Boston and what they can promise for the future and what we have in terms of our pieces,” Irving said. “That’s what excited me a lot about the beginning of the season was the opportunity to come into this season really just doing what we planned on doing, set a goal and go after it and then see what happens at the end of the season. That was the plan before and that’s still the plan now. Obviously Boston is still at the head of that race. That’s just where it stands.”

You’re probably re-reading the headline and wondering what’s so incendiary about those comments? Nothing really.

But Irving – visibly annoyed by the questions and the hype surrounding Anthony Davis and free agency – took it many steps further and rebelled against the media:

When asked directly if his mindset had shifted about re-signing with Boston, Irving responded with a terse “Ask me July first.”

When asked about the commitment he made at the pre-season fan fest, he said “I think it was just the excitement, feeling emotionally invested coming off an injury last season trying to prove something, trying to be very much of a team-oriented player, which I am naturally. But at the end of the day I spent the last eight years trying to do what everybody else wanted me to do in terms of making my decisions and trying to validate through the media, through other personnel, managers, anybody in this business. And I don’t owe anybody s—. So for me, I think the confidence I have in myself and my abilities, I want to be able to control what I want to control.”

“It’s crazy how stories and things and storylines can seep into a locker room,” he continued. “You guys are part of the destruction of locker rooms. That’s just what it is. This is an entertainment industry. I don’t live for this entertainment. I don’t live for this talking to everybody every single day about my life and my decisions. I would just hope that everybody would respect that. That’s really basically it. I’m a normal human being at the end of the day. I don’t want to answer all these questions about my future all the time.

Yikes. Apparently, Kyrie has a problem with the media attention and TMZ style speculation that surrounds players of his caliber. In this instance, rather than minimize it, he chose to fight it. Not the best method if you really want to limit distractions and focus on basketball.

I still think Kyrie’s preference is to stay in Boston long term. Call me naive.