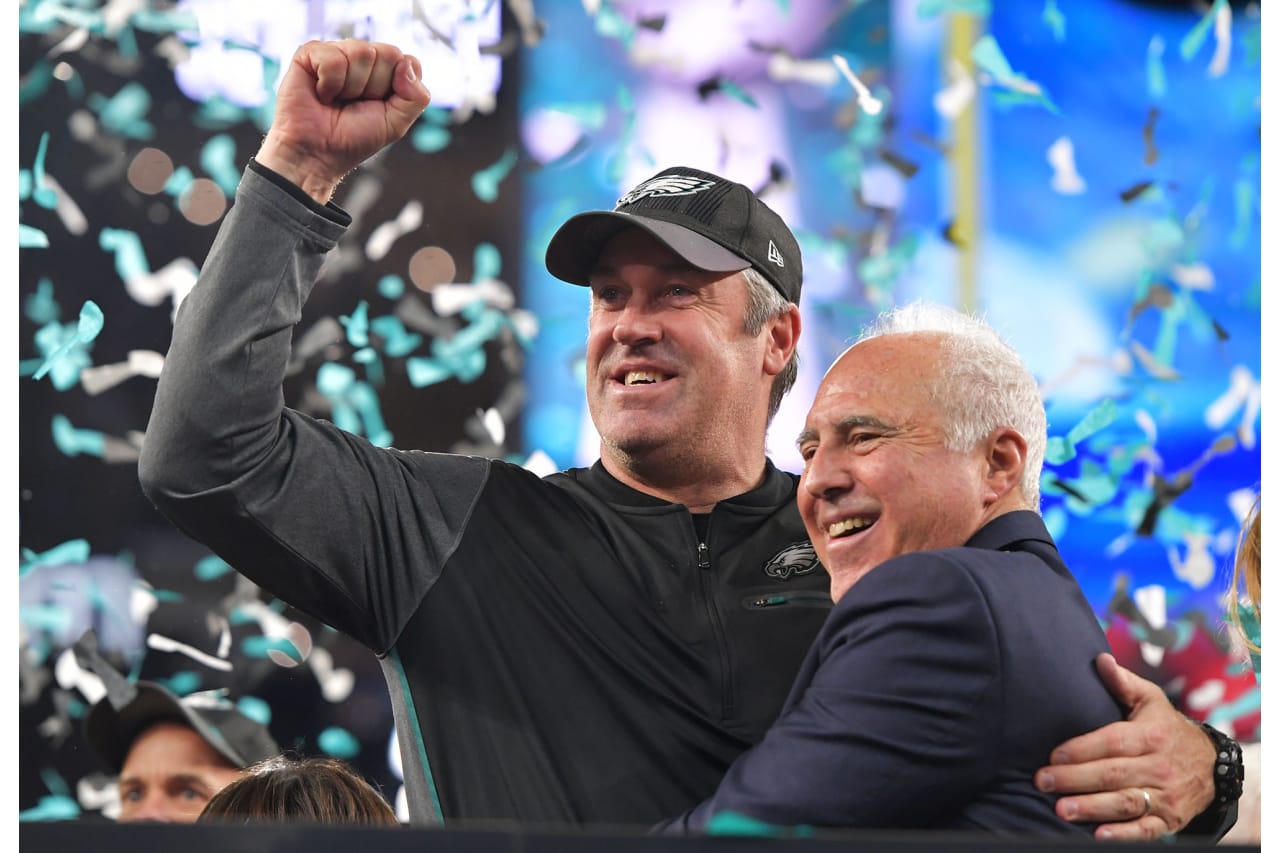 The Eagles got this close to getting back into a second consecutive Super Bowl. That in itself is a nice tribute to an organization which in recent years has reset its continuity goals toward winning, not just “competing” for, titles.

GM Howie Roseman is saying all the right things about getting back to the Super Bowl.

“There is only reloading. There is only re-tooling,” Roseman said in the days following the playoff loss in New Orleans. “We are not in a ‘Let’s get younger, let’s rebuild (approach).’ We want to win every year. I see that being our philosophy for the foreseeable future. Every year we’re going to say, ‘What are the steps we need (to take) to be the best we possibly can be for this year?’ Now, we’re also going to make sure that we’re not sacrificing everything for one year and we’re building also as we go. We feel we can balance that and also give ourselves a great shot to win a championship next year and also put in a situation where we’re not sacrificing so much of the future that we can’t do that in 2020, 2021.”

The Eagles have nine picks (3 picks in the first 57) and could be awarded 1-2 compensatory picks in the NFL Draft. That probably means at least six new faces making the 2019 active roster from the draft alone.

Also figure on at least three to four veteran free agents being signed by Roseman, who vows he will find the cap space to bring in impact players with leadership qualities.

Specifically, the Eagles need (besides improved luck in the health department) O-Line help with Brandon Brooks out and questions at LT, a legitimate running attack, run-stopping and space-eating help on the interior DL, and some kind of speed/deep threat at WR. That’s just the obvious stuff in addition to better overall execution of offensive and defensive game plans. And given all that, it’s still mathematically difficult to project anything for 2019 in the way of a repeat playoff appearance, let alone a Super Bowl encore.

The last team to win back-to-back Super Bowl championships were the 2003-04 New England Patriots. Belichick and Brady have made it to 9 of the last 18 Super Bowls. They do not represent the norm…one of their biggest “repeat” factors is their annual ability to dominate their own AFC division and consistently get first-round “BYE” status in the playoffs along with home field advantage. That combination is going to get you back to a lot of Super Bowls.

So throw out the Patriots’ millennial success because it is an outlying anomaly. Also throw out that incredible run of Super Bowl appearances the Buffalo Bills made between 1990 and 1993 (they lost all four!), maybe also the 3 consecutive Super Bowls the Miami Dolphins got to between 1971 and 1973.

For all other teams traditionally facing stiffer divisional and conference competition, going back 53 years, when you crunch the numbers, there is only a 6% statistical chance of repeating as Super Bowl winners, and about a 12% chance of making it to a consecutive Super Bowl at all.

Again excluding the Patriots, Bills and Dolphins, teams that won a Super Bowl managed to make the playoffs the following year only 56% of the time. At least the 2018 Eagles can hold feathers high on that count.

So if you’re the “Supe-Nazi”, you’re looking at the 2019 Eagles standing in line and probably saying we’ve already exhausted our statistical window, be grateful for what we had. Basically (no matter what Howie says), making it to another Super Bowl is never going to be “the new normal”. Making it to the 2019 playoffs is going to be hard enough—the statistical odds on that: less than 20%.

That’s why I remind myself constantly—just enjoy the sport of the games and all the preparation that goes into it. Winning a Super Bowl, heck just getting to a Super Bowl, are statistically beyond anyone’s control—except for Belichick and Brady, who (as outlined above) have secured a favored spot in the “Supe” line due more to divisional geography than to actual competitive superiority.