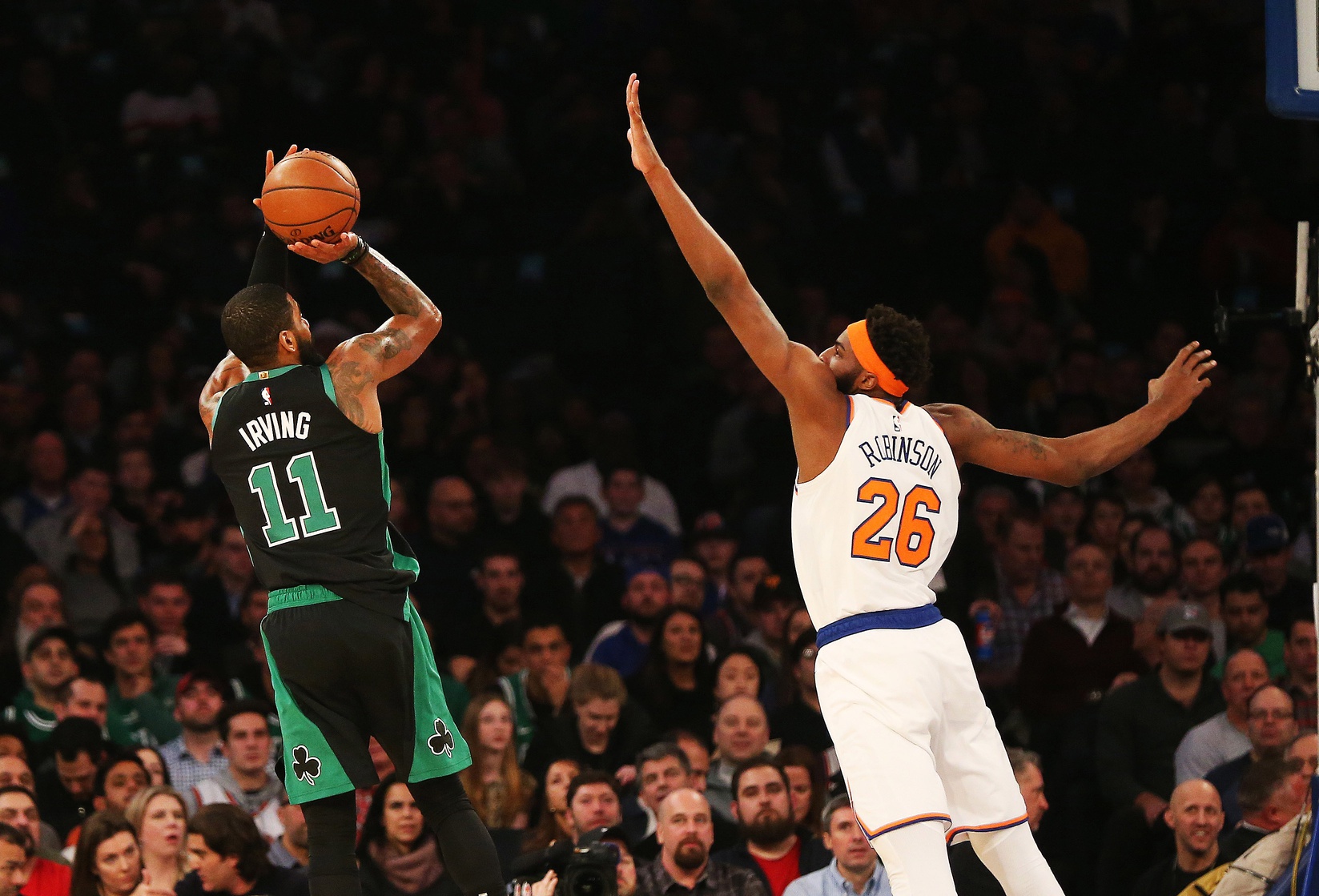 Remember when Madison Square Garden was lively and exciting? Neither do I! It was a slow, sluggish win after a wild day of basketball news. Just about every regular rotation player for the Celtics had a solid game against a Knicks team that was ravaged by a blockbuster mid-week trade. Final score: Celtics 113, Knicks 99.

Well, the pre-game media circus was really something, huh? I’m amazed at how much BS you can spoon feed people before they check what they’re eating. You’re telling me something happened between the Toronto game (where Kyrie grabbed his jersey and pointed aggressively at the “BOSTON” stitching) and now that made him want to leave? If you buy into misleading information that easily, then I have a border wall to sell you. I’ll throw in a DeMar DeRozan Lakers jersey for free.

A "we want Kyrie" chant breaks out at Madison Square Garden pic.twitter.com/AL88kyWGlA