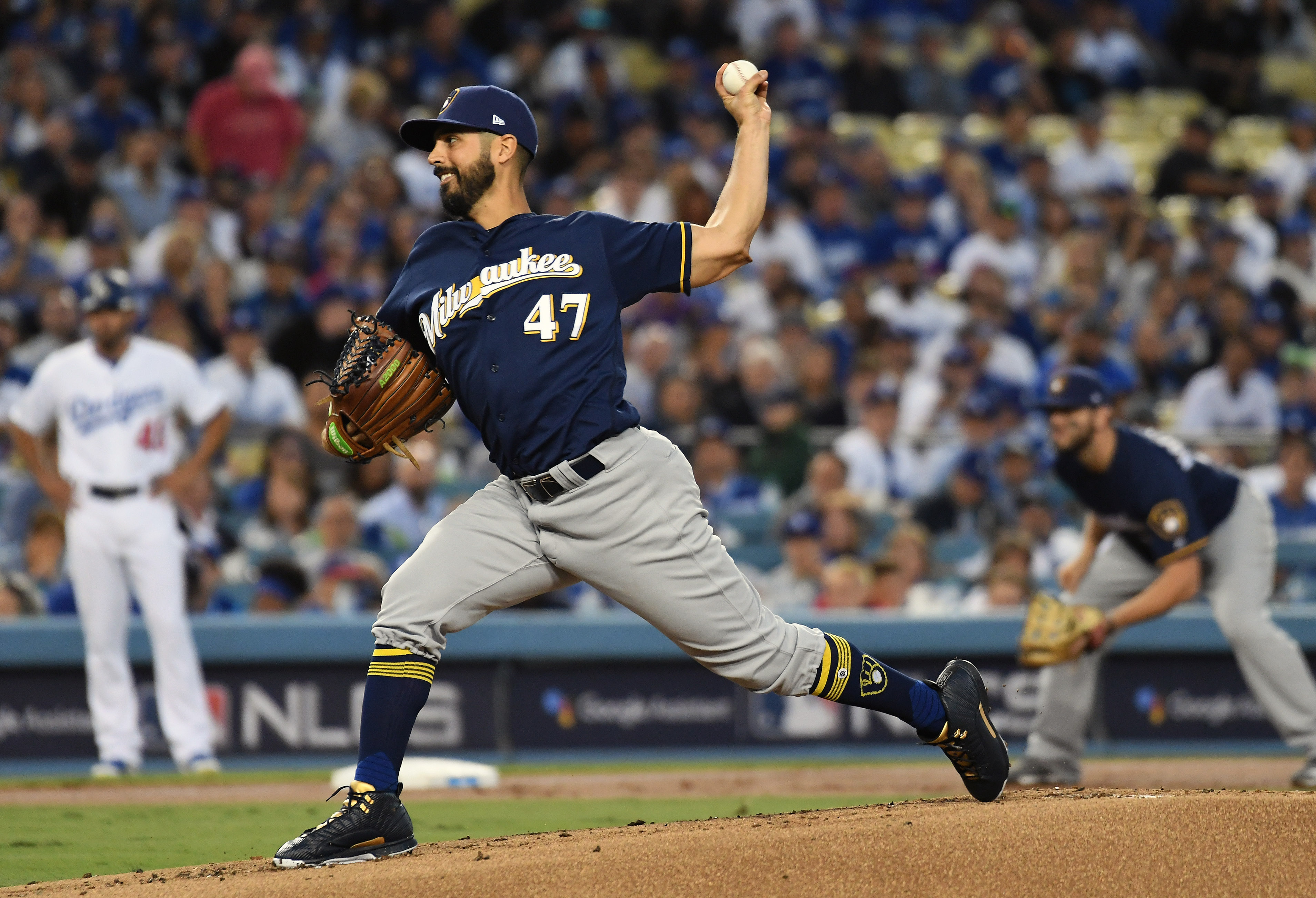 The New York Mets have done a good job rounding out the edges of their roster, but one area they still haven’t really addressed is starting rotation depth. The current rotation is strong, but the Mets could definitely consider an upgrade over Jason Vargas at the fifth starter. The Mets also have to worry about injuries because if a starter goes down the team’s top fill ins are Corey Oswalt, Chris Flexen, Walker Lockett, and Hector Santiago. That is not an inspiring group, so it’s not surprising that the team has maintained a dialogue with Gio Gonzalez, Mike Puma of the New York Post reports.

Gonzalez, 33, went 10-11 with a 4.32 ERA in 32 starts between the Washington Nationals and Milwaukee Brewers last season. The Nationals shipped Gonzalez to the Brewers late in the year, and he went 3-0 with a 2.13 ERA in five starts for Milwaukee down the stretch. The Mets are very enticed by Gonzalez’s success at Citi Field. In 17 career starts in Queens, Gonzalez is 11-2 with a 1.75 ERA and 1.00 WHIP. Skeptics could easily point out that a lot of Gonzalez’s Citi Field success came against subpar Mets’ lineups, but a 1.75 ERA in 17 starts isn’t a small sample size.

The issue with Gonzalez appears to be whether or not he would be willing to accept a one year deal to come to the Mets. The market for starting pitching isn’t moving very much with Wade Miley, a pitcher with a similar resume, signing a one year deal worth $4.5 million with the Houston Astros. Gonzalez is reportedly seeking at least a two year deal, and the Mets may not be willing to pay that much for what is in essence an upgrade in the fifth starter’s spot. It is more likely that the Mets sign a guy like Josh Tomlin to a minor league deal, but the longer Gonzalez is on the market the more likely it is that the Mets could try and swoop in to land him.